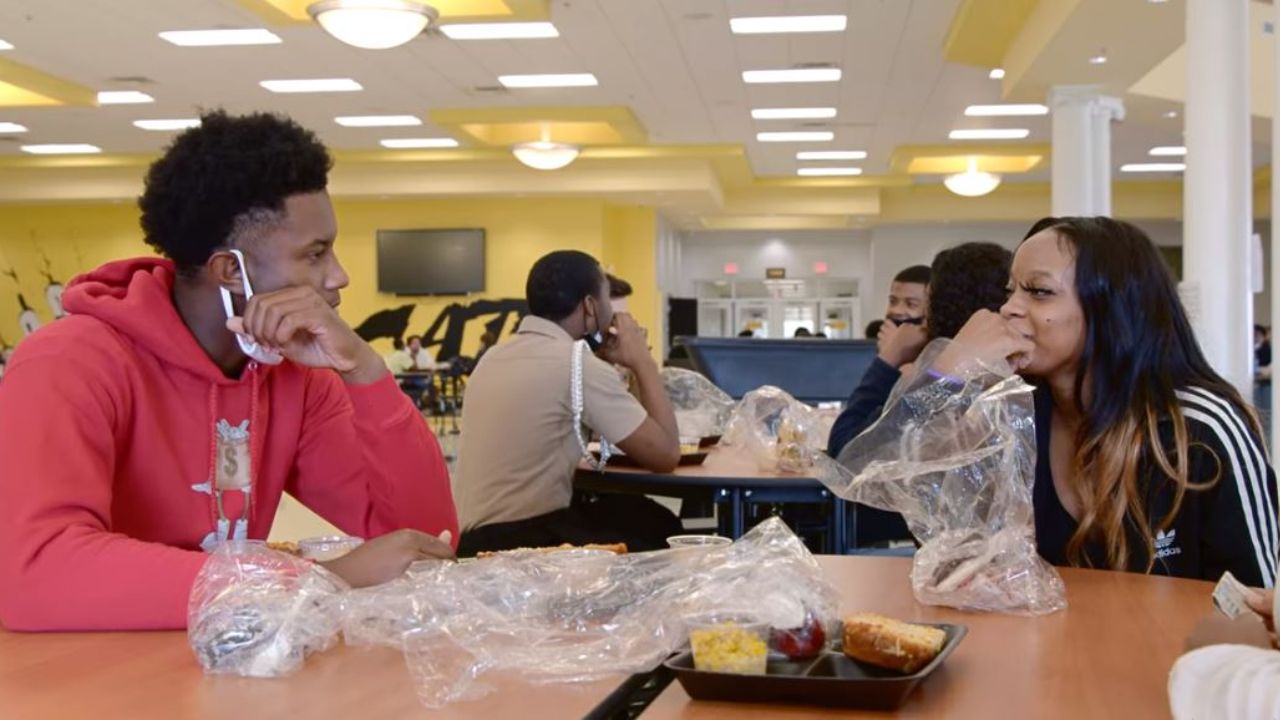 Titletown High, a brand new Netflix documentary series with eight episodes, follows the difficult 2020 season for the Valdosta High School football squad in a tiny town where this particular sport is pretty much a religion.

Every element is scrutinized, from covid-19 defiances to controversies involving their head coach. However, a specific emphasis is focused on the players' personal life in order to provide insight into how they balance their games, studies, and relationships.

And, as we've seen, Amari Jones got himself into a pickle with his girlfriend, Morgan Miller. So, shall we discuss if the duo from Netflix's Titletown High is still dating?

Valdosta High School's Morgan Miller on Titletown High: Is the Netflix Star Still in a Relationship with Amari Jones?

Amari Jones, a newcomer from Atlanta, Georgia, first encountered Morgan Miller during a game. She quickly attracted his eye because she is a part of the Valdosta cheerleading team with a long history in acrobatics.

Soon after, the two began chatting and had a real connection, which Amari kept hidden from his mom and coach because he was concerned that it would make people question his commitment to his tasks as a student and a top quarterback.

They did learn about it, however, and Morgan Miller was labeled a hindrance, specifically since many felt his performance got worse as a result of the disputes.

Titletown High stars Amari and Morgan had a lot of disagreements, ranging from fights over him texting another lady to concerns about him not paying adequate attention to a multitude of other issues.

However, the Netflix star claims that she was also his pillar of strength and she recognized that football was his passion.

Despite this, he ended his relationship with her bowing to stress from his parents and coaches. 'You can't be my quarterback and keep going down this road,' Rush Propst (controversial married life with wife plus impressive Valdosta salary) had told him.

Morgan Miller continued to support him and attend games for a time, but she was understandably upset, notably when he played so well in the match following their breakup.

Is season 2 confirmed or canceled? In addition, check out if the documentary is genuine or scripted!

What is Morgan Miller Doing Now?

Even after they split up, Amari Jones and Morgan Miller made it clear that they still loved and cared for each other. Despite this, they didn't try to speak up, irrespective of how badly they desired to. They did not even dare to sit at the same table as their mates, as they used to.

Having said that, practically as soon as the season ended, Amari contacted Morgan and wondered whether she missed him.

They both admitted to having feelings for each other, but when he asked if they should get back together, she said she wanted to start as friends like it's the first time they met each other. Sadly, it feels like Netflix's Titletown High alums Amari and Morgan are just buds.

They are still following each other on Instagram and seem to have some connection, but since he had to move away to pursue his football career in his senior year of high school, it does not seem that they maintained a long-distance relationship.

Due to suspicions that the head coach unlawfully recruited him, Amari was ruled ineligible in Georgia for a full 12 months. However, from what we can gather, Amari Jones and Morgan Miller are more than happy with where they are right now.