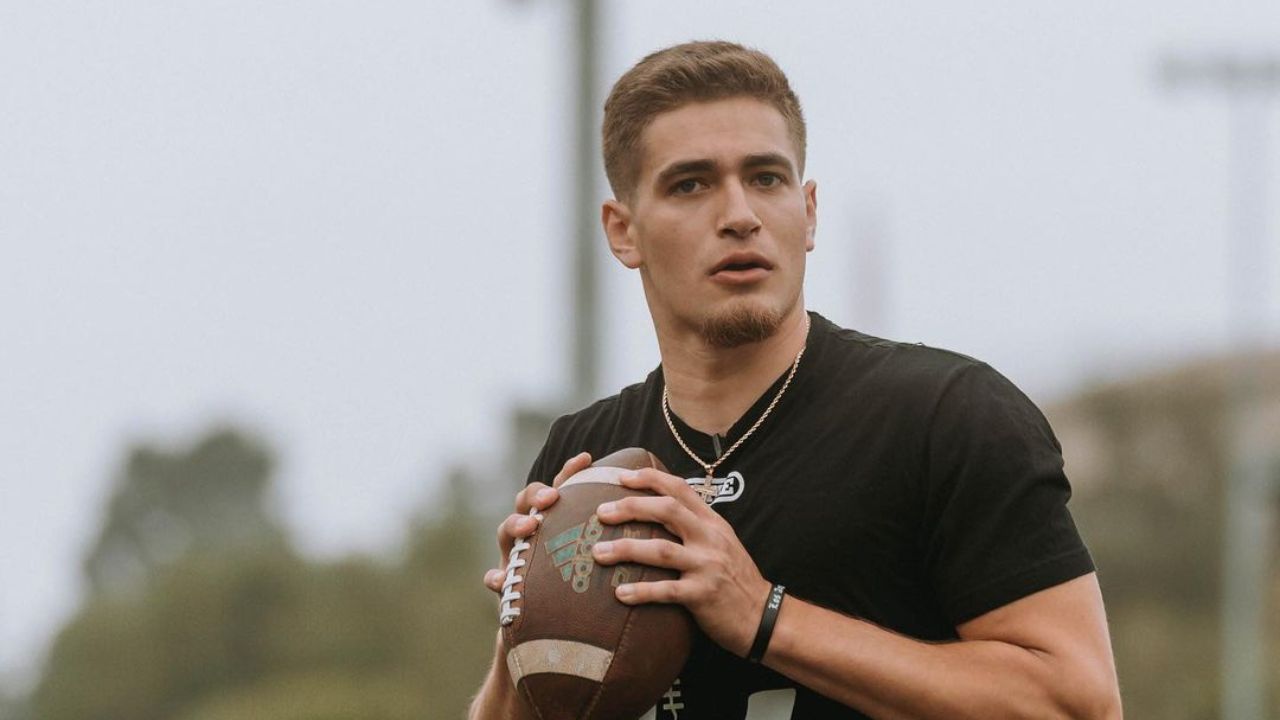 Football quarterback Jake Garcia is a cast on Netflix’s Titletown High. He’s played for Valdosta Wildcats and Grayson High School in Georgia. He de-committed from USC in December 2020.

Netflix‘s new reality series Titletown High is an eight-part TV series that explores its high school team, the Wildcats, in Valdosta, Georgia, a city where football is literally regarded as religion and victory is everything.

We get an exclusive look at the manner in which the players deal with challenges and rivalry as they negotiate conflicts, relationships, and schools while attempting to win the state championship.

And, although only appearing in one contest, transfer and quarterback Jake Garcia was a crucial component here. So, if you’re interested in learning more about him, we’ve got your back with all the details you need.

Jake Garcia from Netflix‘s new reality series Titletown High is an impressive quarterback who has been rated as one of the best in senior football owing to his precision and work ethic. Although he did not finish his high school years at the same school, he was the #18 talent in the ESPN 300 in 2020.

Besides, he went to La Habra High in Orange County and Narbonne High in Harbor City prior to moving to Georgia when California decided to cancel the autumn season because of the COVID-19 outbreak.

Because it was Jake’s senior year and he wished to shine, he traveled to Valdosta and instantly took over as a starter.

Jake Garcia guided the Wildcats to a 28-25 triumph in their first game, despite a hamstring injury on the field, but it was also his penultimate.

As per the episode, his folks had officially split to meet state standards, but they informed ESPN they intended to remarry after the season was over, prompting an investigation by the GHSA.

Jake was indefinitely disqualified, but he remained with the Wildcats and coached them as best he could until the appeals procedure was completed. Following this, he moved to Grayson High in Loganville, where he made sure they didn’t have any games against Valdosta.

Meanwhile, many fans wonder if the show is real or fake!

What is Jake Garcia Doing Today?

Jake Garcia finished his senior year as Grayson’s top quarterback, leading the team to the 7A Georgia State title. In four varsity campaigns, he threw nearly 6,000 yards and completed over 50 touchdowns.

Rather than going to the University of Southern California, he transferred to the University of Miami. Jake pledged to USC in September 2019 to play as a prideful Trojan, but after much thought about what was the best option for him, he reversed his decision in December 2020. Jake then disclosed that he has picked the Miami Hurricanes over all others.

Jake Garcia from Netflix‘s Titletown High (will there be season 2?) is now a rookie collegiate football athlete in Miami, where he hopes to make a climb in his career. Moreover, he is a motivational speaker, according to his social media profiles.

With his general toughness, self-assurance, and commitment, it’s clear that his professional career is only getting started, and we can’t wait to see what he will be up to next.

It’s a marathon, but we’re gonna keep ballin till we’re the #1 topic?..

In other words, for the time being, Jake Garcia deems both his home and family as none other than the University of Miami and the Hurricanes.