Jacarrius Peak from Titletown High: What is the Netflix Star Doing Today? 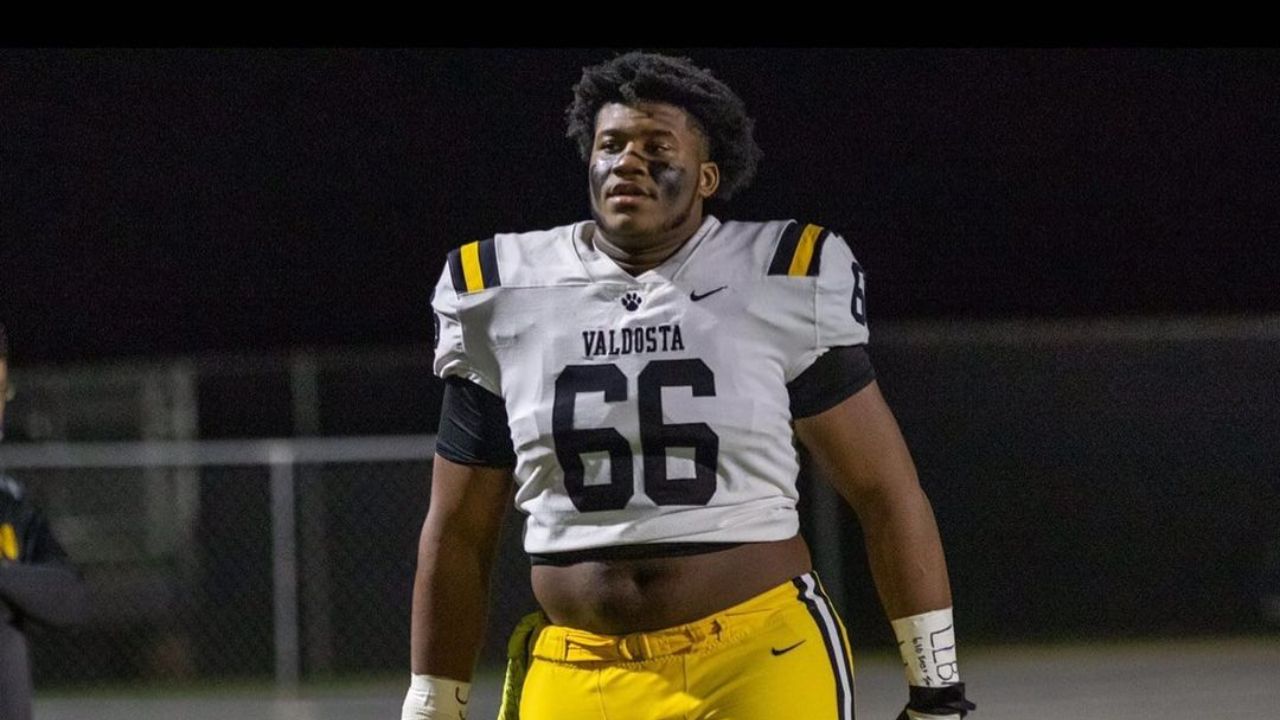 Grab all the details of Jacarrius Peak from the Netflix documentary Titletown High. Meet the Valdosta High School football player from Georgia.

Titletown High is an eight-episode Netflix original documentary show that goes deep into a small Georgia community where football is equivalent to religion and success is everything.

Because the Valdosta Wildcats are arguably the best high school football team in the entire United States of America, this show chronicles the controversial life of its head coach as well as lots of dynamics concerning athletes as they juggle competition, school, and romance while attempting to come out victorious at the state championship.

One of the most renowned players in the Netflix show is Jacarrius Peak. And now, if you want to learn more about this talented star from Titletown High, we’ve got you covered with all the details.

Jacarrius Peak, the newest Netflix star, who grew up in Valdosta, has always been interested in football. Standing at 6’6″ and weighing over 300 pounds, he possesses the physicality to match his natural talent, making him a true offensive line powerhouse.

Despite this, Jacarrius from Titletown High admitted on the broadcast that he is not technically superior. Hence, we expect him to work on his skillset in every manner possible throughout the 2020 fall season to get fitter and subsequently perform much better.

Toward the conclusion, with the help of his friends and coach, he admitted that he is in a better place and plans to stay on this path.

More significantly, Jacarrius Peak fostered an atmosphere for his comrades whenever he was around. He proved that he is somebody you can always count on and rely on by always offering support, joy, and assistance to whoever sought it. He freely gave off a pleasant aura and energy.

The Netflix alum has been a rock for everyone, from seniors to freshers, and every batchmate. In fact, his encounter with Morgan Miller and Amari Jones — a pair whose issues he attempted to resolve — reinforced this.

Is Titletown High season 2 confirmed or canceled? Similarly, check out if the documentary is real or scripted!

What is Jacarrius Peak from Titletown High Doing Today?

The Netflix star Jacarrius Peak began playing varsity football as a freshman in 2018 and has proven that he is deserving of his starting spot in every contest since then.

And today, he’s a high school senior eager to serve as a good example for people who will find themselves in his shoes after he finishes Valdosta in 2022.

Despite the fact that the school will not be able to compete in the playoffs this year due to the issue Head Coach Rush Propst was involved in a few months ago, they will be able to play other matches. Therefore, Jacarrius is prepping for them right now.

Jacarrius Peak has also been a crucial member of the Valdosta High basketball squad since 2019. In other words, the juvenile athlete seems to be doing pretty well for himself, which is the reason he has got offers from a number of schools, notably Eastern Kentucky University and Morehouse College.

It’s not about who has more talent, it’s about who’s hungrier.

As expected, the Netflix alum appears to be eager to back it up with his own example. Jacarrius’ playing days are just getting started, given his age and the fact that he’s still got 12 months left in Valdosta High School.