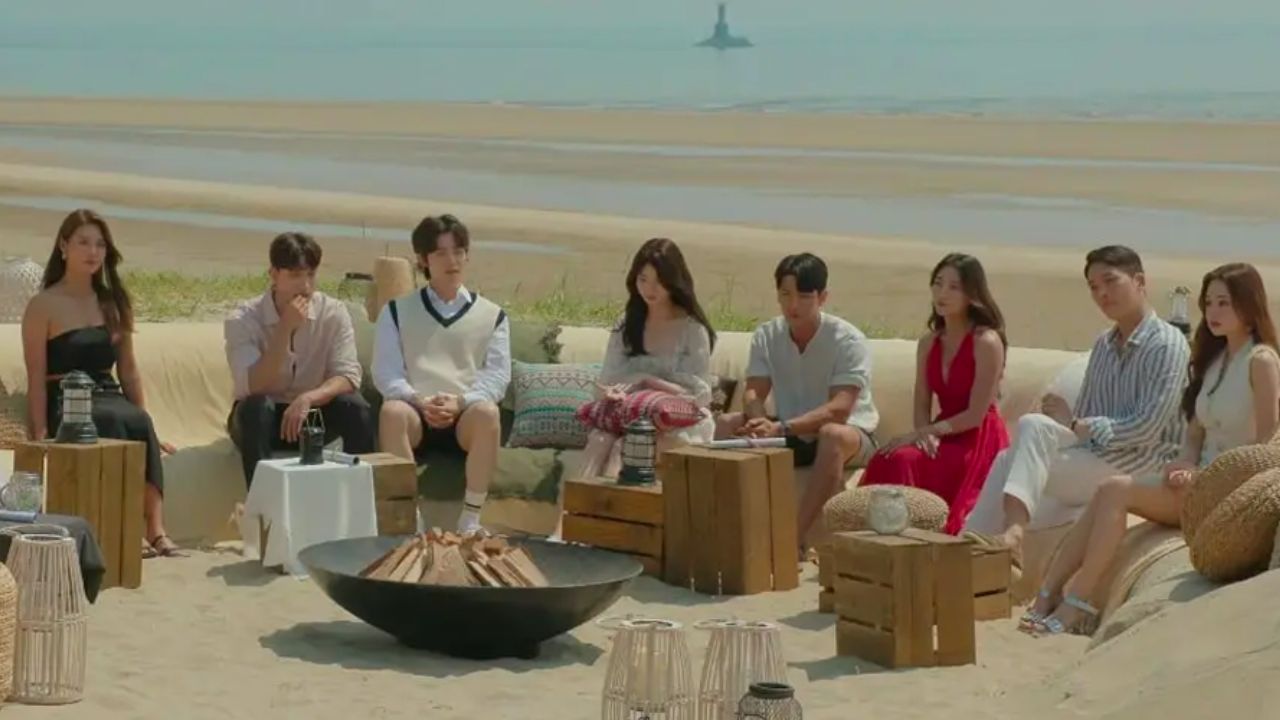 Single’s Inferno, Netflix’s new Korean reality show, has 9 contestants. All the cast members are single and from Korea. Let’s get to know Singles Inferno contestants’ personal life: from their ages to their Instagram accounts.

Netflix’s new Korean Reality show, Single’s Inferno released its first-ever episode on 18th December 2021. Just after the first episode was made official to the public, within a short duration, the show caught everyone’s heed. Having four hosts and exactly nine cast members, the show will result in being one of the hits.

Out of several reality shows, this particular Netflix production is different from others. Single’s Inferno is a platform for single people in the hope of finding their loved ones on a deserted island and the participants are supposed to find their pair to escape the island.

Previously, we discussed Season 2 release date and a potential reunion.

Releasing the first episode of Single’s Inferno on 18th December 2021, Netflix brought an extraordinary show to the public. For now, the second episode has been made official as well.

Moreover, it has been confirmed that this Korean reality show will have eight episodes, and will be hosted by four hosts: Lee Da-hee, Hong Jin-Kyung, Kyuhyun, and Hanhae.

Let’s get to know about these castmates, from knowing their personal life to their career.

One of the beautiful participants of Single’s Inferno, Song Ji-a is best known for her beguiling grin and exceptional looks. Song is a graduate of Hanyang University in Seoul, Korea where she majored in Traditional Korean Dance.

Presently, she has opened her YouTube channel where she works as a Beauty Content Creator. Song Ji-a is quite famous on Youtube and has around 633k subscribers.

For now, she has been gaining more fame than ever when she made her presence in the first episode of Singles Inferno. Do you think the beauty content maker, Song Ji-a will succeed in escaping the island with her partner in the show?

Starting from boxing to tennis golf, Kang So-Yeon is a fitness freak. Changing her passion for sports to her profession, an eminent cast of Single’s Inferno, Kang is a former professional boxer.

Furthermore, she is the Co-Owner and CEO of HitFit Boxing, and presently, she is the CEO of GoodRound. Kang has proven to everyone that women are no lesser than men, and yes, being a former boxer, she is physically strong and has one of the best looks.

Seeing her will lead to staring at her for hours and hours, because of her compelling charming appearance, but remember, Kang is a boxer and can knock you out for doing so.

Although her boxing career might frighten people, she does have a soft spot. She is someone who is teeming with positivity and making the best use of the platform, she has opened her YouTube Channel where she mainly spreads positivity. Also, Kang is active on Instagram as well.

Having a dimple on his cheeks, no doubt, Kim Hyeon-Joong will catch everyone’s eyes in Single’s Inferno. Professionally, Kim is a personal trainer and model. His well-maintained body is extremely attractive, and his dimple makes him adorable.

In his modeling career, Kim has reached really high. At Mister World Competition that was held in New Delhi, India, Kim succeeded in being the first runner-up.

Being the first runner-up acted as a positive catalyst and brought him immense fame. Are you excited to see what the model has to offer to the show?

Oh Jin-Taek, one of the participants in Single’s Inferno, is a Business Management graduate. Having business degree, it is obvious for him to run a business, therefore, currently, Taek has started his British Style Tailored Suit Brand, Ascottage.

He began this suit brand in 2019, and since then, Jin has been earning his livelihood. Earlier, he worked as a marketing handler in the fashion industry.

However, Singles Inferno brought a turning point to Oh Jin-Taek, and now, he owns numerous fans on his Instagram account and received more exposure than ever.

Describing himself as someone who loves household chores, Moon Se-Hoon has already hexed almost all the girls in Single’s Inferno.

He even said, “I think many girls find that charming.” We do not know if Moon actually is into household chores or just said it randomly to impress the women on the show.

Talking about his personal life, almost everything is hidden; conversely, Moon has disclosed that he is someone who never gives up, in the sense that if he likes a girl, he can go to any extent to date that particular girl.

Moon’s exact words were, “When I find someone I like, I’ve to date her”. His appearance in the show will definitely be worth watching as it will be exhilarating to see his extent to get the girl he likes.

“I like people who can influence me in positive ways,” as said by Shin Ji-Yeon in the introduction of Single’s Inferno, it seems that she is someone who prefers personality over everything.

Therefore, her approach to any guy is straightforward as she will literally get turned off by guys who are not her type but if it’s someone who she prefers then she won’t hesitate in confronting them.

Shin uses Instagram, and her participation in the reality show, Singles Inferno, created a different life: a life filled with fame and fans.

The most lowkey participant of Single’s Inferno, Kim Jun-Sik seems to keep his private life away from the public. Therefore, not much has been known about him.

Subsequently, looking at his Instagram account, it can be deduced that Kim is involved in the honey business for now. Moreover, he has even made a new business account for honey-selling.

Scrutinizing his other posts, we can say that Kim is fascinated by gym and body workouts. Therefore, Kim has one of the well-maintained bodies.

People prefer guys with nice bodies or personalities, but An Yea-Won has something different to say about guys. In Single’s Inferno, she revealed that she generally likes guys who have nice teeth.

This was one of the rare tastes, but we really need to see if An Yea will find someone in the show with nice teeth.

Due to her confidentiality in her life, not much has been known about her career, conversely, her Instagram account suggests that An Yea-Won could probably be a model.

Appearing on Single’s Inferno, the South Korean actor and model, Choi Si-Hun has added more fame to his career. Moreover, he is one of the members of TRIPLEME (a six guys group under Polaris Entertainment).

From his Instagram account, it can be claimed that Choi is currently involved in the business of head wears.

Apart from this, nothing is known about his life. In Single’s Inferno, Choi exposed that he is into girls who are pure and innocent. Now, we have to see which particular girl will be his ideal type.