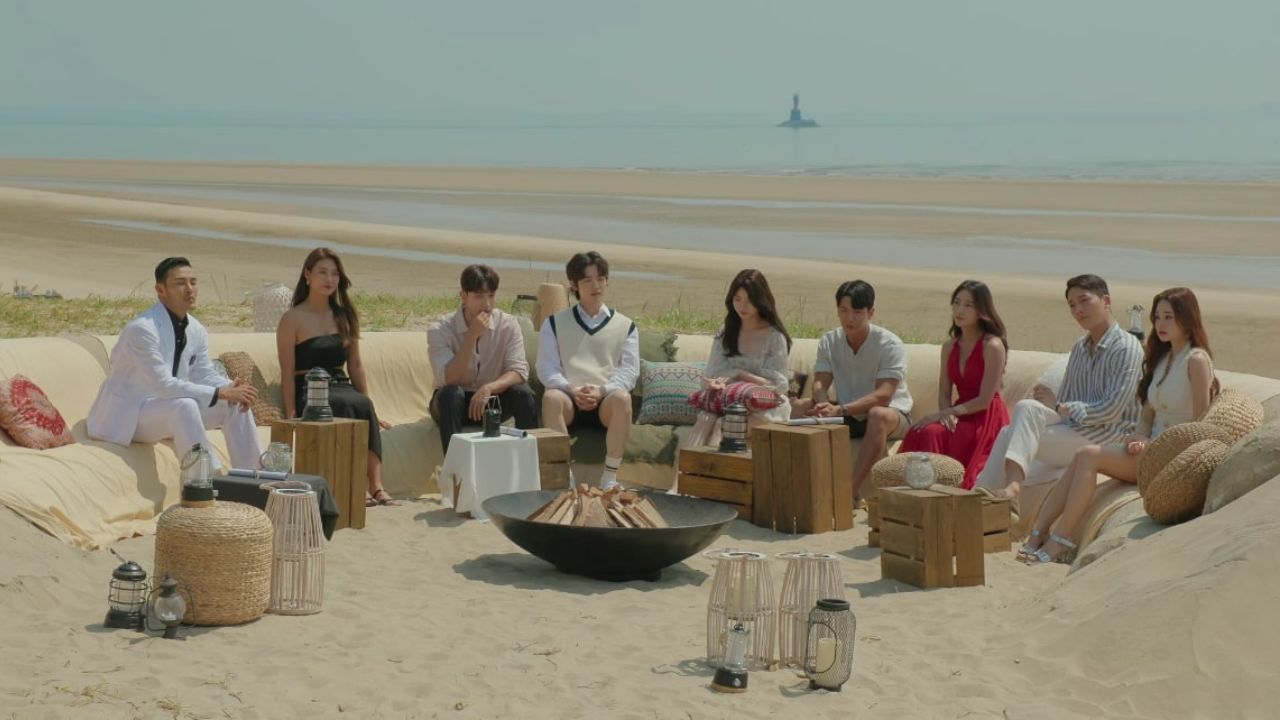 Single’s Inferno, the Korean reality show, released its final episode on 8th January 2022. Now, everyone is concerned if the show will have a reunion. Do you think Singles Inferno reunion will happen? Find out what the Netflix couples think.

Commencing the show on 18th December 2021, and releasing the final eighth episode on 8th January 2022, the show was hosted by four hosts: Lee Da-hee, Kyuhyun, Hong Jin-Kyung, and Hanhae.

Having nine cast members, the reality show was full of love, jealousy, and arguments, however, the sole purpose of the show was to aid these nine Korean singles in finding their loved ones whilst they stay on a deserted island.

The first season was definitely worth watching, and now that the show has ended, the fans are curious to know if these casts will have a reunion. Will Single’s Inferno have a reunion or is it just a scam?

Living on a deserted island, the nine casts from the Korean reality show, Single’s Inferno, undoubtedly, developed serious attachments with each other. While it was about finding love and partner, some contestants made friends while others created enemies.

Whatever relationship they have with each other, their days during the shoot created a plethora of memories that can be cherished lifelong.

It seems that their strong attachment and connection with each other are compelling these nine casts in doing a reunion. Stalking these participants’ Instagram comments and posts, it is quite discernible that they wish to have a reunion more than the spectators.

Conversely, we cannot eschew the desperation among the fans in seeing these casts together. What do you think, will they have a reunion?

Unfortunately, there is no reliable source to substantiate Single’s Inferno’s meet as Netflix has neither confirmed nor denied this matter. It is the fans’ strong belief and instinct that led them to self-proclaiming about the reunion.

However, we assume that the show is likely to have a reunion as it is one of the most demanded reality shows, and Netflix wouldn’t dare to upset the viewers, thus, we might get to see these nine people together.

For now, every Single’s Inferno fan should up-train their patience level and wait for Netflix’s official announcement.

Among the Korean singles: Choi Si-Hun, Oh Jin-Taek, Kim Jun-Sik, Moon Se-Hoon, Kim Hyeon-Joong, Kim Su-Min, Seong Min-Ji, Kang So-Yeon, An Yea-Won, many of them left Single’s Inferno catching their loved one’s hands while on the other hand, some people were compelled in leaving the show all alone.

Whatever the case was, the main concern is that these casts had an extremely happy time during the shoot.

Talking about the location, Single’s Inferno was shot on a resort named Paradise City, and the remote place that’s shown is the beautiful island named, Saseungbongdo, an island off the west coast of South Korea, near Seoul.

Also, this place is near a well-known island, Inferno, and thus, we assume that’s the reason the show’s name came about.