Shaina and Kyle from Love is Blind: Are They Still Together? 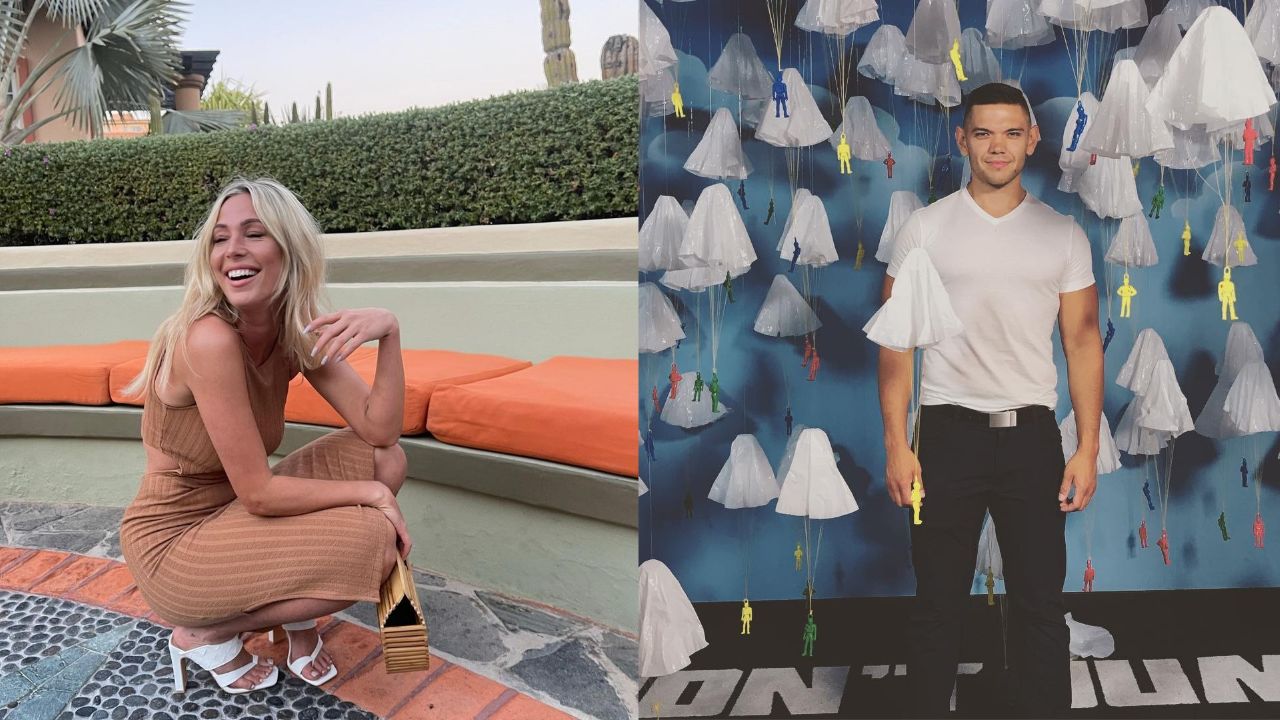 One of the eminent Netflix reality shows, Love is Blind Season 2 is back with being one of the hits. Releasing the first five episodes on 11th February 2022 and confirming to publicize the other two episodes on 18th February, this American reality dating show is all about love and made its release in the month of love.

Unlike other love reality shows, Love is Blind Season 2 is extraordinary as more than getting attracted to looks and starting the communication, the entire show is about falling for someone through communication.

Yes, the cast members get to talk to each other in the pods for ten days without getting to see their faces, and later, they can meet up. Shaina and Kyle are one of the couples from Love is Blind Season 2 and they definitely have one of the strongest connections. Let’s get to know more about Shaina and Kyle.

In addition, we looked at the relationship status of Shaina and Shayne, Mallory and Sal, Nick and Danielle, Deepti and Shake and Shayne and Natalie.

Shaina and Kyle’s Journey on Love is Blind Season 2

One of the extra-ordinary American reality shows, Love is Blind Season 2 was released on 11th February, and Netflix did strategize its best in alluring myriads of watchers via releasing the love show, in the month of love, February.

Typically, more than falling for looks, and then getting to know each other, Love is Blind is a bit twisted. Firstly, the cast members communicate to each other in the pods bereft of knowing each other’s appearance for 10 long days, and eventually decide to meet the person they most connected with.

Forming their relationship from Love is Blind Season 2, Shaina and Kyle ended up catching feelings for each other, and thus, are shipped by myriads of spectators. However, their relationship and love life weren’t confined to being filled with similarities but it seems that it is their differences that brought them together.

More than having different tastes in food or places, Shaina and Kyle were from different religions. On one hand, Shaina Hurley is a devoted Christian while on the other, Kyle Abrams was raised Catholic but presently, he is an atheist.

Although their love life inclines towards having myriads of differences, their love towards each other kept their relationship ongoing. Although both of them take stern initiatives in not letting their differences come between them, it ultimately ends up bringing a lot of trouble.

Not only Kyle but Shaina also kept her words, and said, “Do I want to have the conversation with Kyle about our differences? Yes, no, It’s one of those things where it’s like, you’re preparing for the worst, hoping for the best, but you don’t want to know the answer, but you know the answer.”

Love is Blind Season 2: Are Shaina And Kyle Still Together?

With one being the north and the other south, Shaina and Kyle’s opinions on even the smallest thing differ, consequently leading him to confront several ups and downs in their relationship.

However, being mature enough, they kept every difference aside, and were together in Love is Blind Season 2 but with the end of the shoot, are Shaina and Kyle still together?

It is quite daunting to answer that question because neither Shaina Hurley (@shaina.hurley) nor Kyle Abrams (@kyleabrams10) has ever posted anything that either hints towards their togetherness or their partition.

Conversely, the one thing that is definitely lucid is both of them are still on good terms. While stalking their Instagram account, it has been found that both Shaina and Kyle follow each other.

Before you leave, find out if Deepti and Kyle are dating.