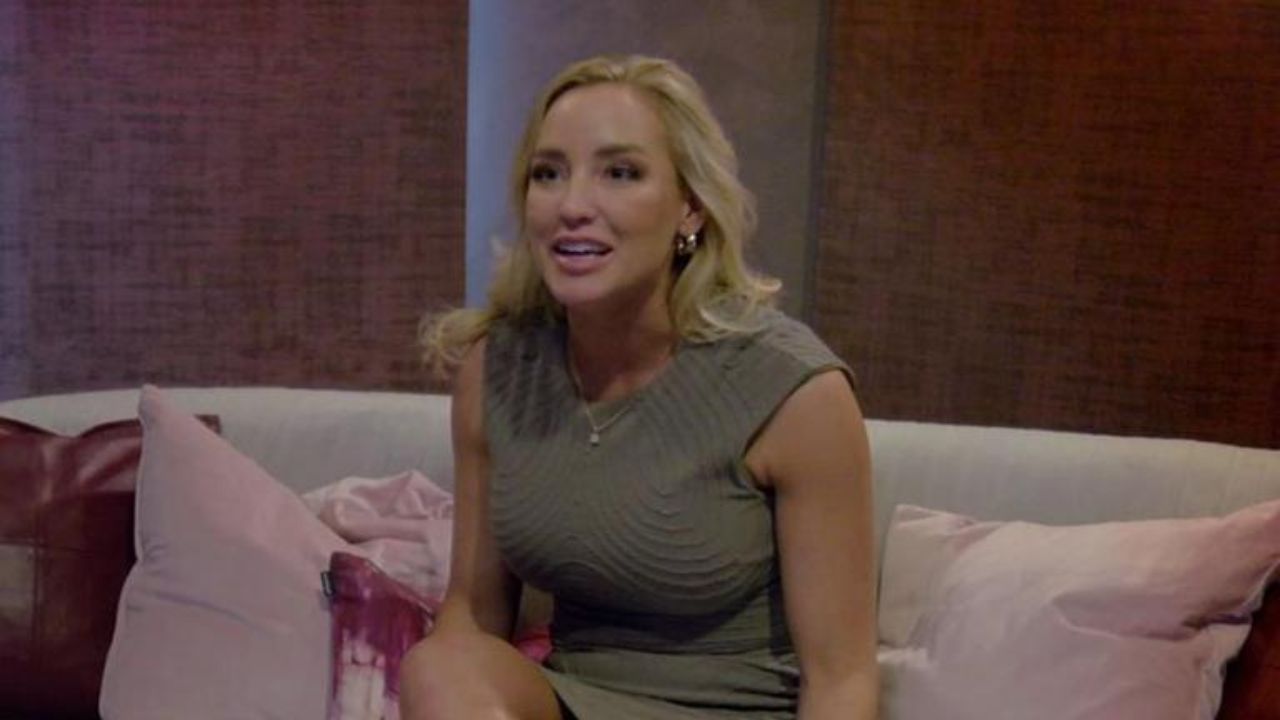 Shaina Hurley, the cast member of Love is Blind Season 2, has been facing racist allegations. From Reddit to Twitter, Netflix viewers are talking about how racist Shaina was towards Kyle. Fans on Reddit think Shaina Hurley definitely voted for Trump.

The American reality dating show, Love is Blind Season 2 on Netflix premiered on 18th February 2022 and has allured myriads of binge-watchers into watching the show.

Providing a  platform for 30 singletons to fall in love and eventually, find their ideal partners, the show is focused on forming relationships and connections. However, the participants have some rules to follow during their stay in Love is Blind.

Rather than meeting physically, and then starting the talking stage, the whole relationship revolves around developing feelings only via communication. The contestants cannot get to see each other for ten long days, and in these 10 days, they can only talk to each other in the pods and then meet.

Among all the contestants, Shaina Hurley (the latest meme subject concerning her squinting) has been teeming with negative exposure as she faces racist allegations. Do you know what racist comments Shaina made?

More than meeting the other cast members, and then initiating the talk, the participants have to get to know each other via talking in the pods for ten long days even without getting to know how they look physically. Eventually, they can meet up, get engaged and then go to Mexico for their retreat.

Shaina Hurley is a professional hairstylist who has made her way into the American reality dating show with the hope of finding her ideal love partner. The 31-year-old American woman claims to be a freelance hairstylist but looking at her Linkedin profile, it has been divulged that she is currently working at Salon Duo.

Her professional field is quite successful, as Hurley has been working for eminent celebrities as well. In addition, she has opened a separate Instagram account, focusing on her carer, and has another account for herself. With her cast on Love is Blind, Shaina’s Instagram followers have been dramatically burgeoning.

In Love is Blind Season 2, acting as an extra point between Shayne and Natalie’s love, she was creating a love triangle. However, when Shayne choose Natalie over her, Shaina paired up with Kyle.

Kyle was deeply madly in love with Shaina while Shaina on the other hand, still had feelings towards Shayne. While this wasn’t the worst, things went to the lowest peak when Shaina passed on racist questions on Kyle.

Specifically, Kyle wanted to take their relationship to a greater extent, and thus proposed to Shaina with his mother’s ring. His gesture melted Shaina’s heart but not until she found out Kyle was an atheist.

Upon Kyle divulging himself to be an atheist, Shaina and her mom kept several uncomfortable and irrelevant questions on Kyle. The questions were racist, and today, everyone is dragging her for her racist comments and questions.

The whole story on Love is Blind Season 2 revolves around the first episode when Shayne and Natalie were for the first time talking in the pods but then Sahyane mistook Natalie for Shaina. Shayne had developed an attachment with both women and wasn’t sure with whom he should go forward.

On the other hand, both Natalie (@natalieminalee) and Shaina caught feelings for him, and eventually, he chose Natalie over Shaina but this doesn’t change the fact that Shaina still has those same feelings towards him, and deep inside she still wishes Shayne to partner up with her.

However, with having no alternative, Shaina partnered up with Kyle, and thus, started a new fresh in the show.

If we were to talk after the show, it has been divulged that Kyle hasn’t heard a single word from Shaina.

Love is Blind Season 2 is currently streaming on Netflix.

Before you leave, learn about Shaina’s plastic surgery.