Mallory and Sal from Love is Blind: Find the Couple on Instagram! 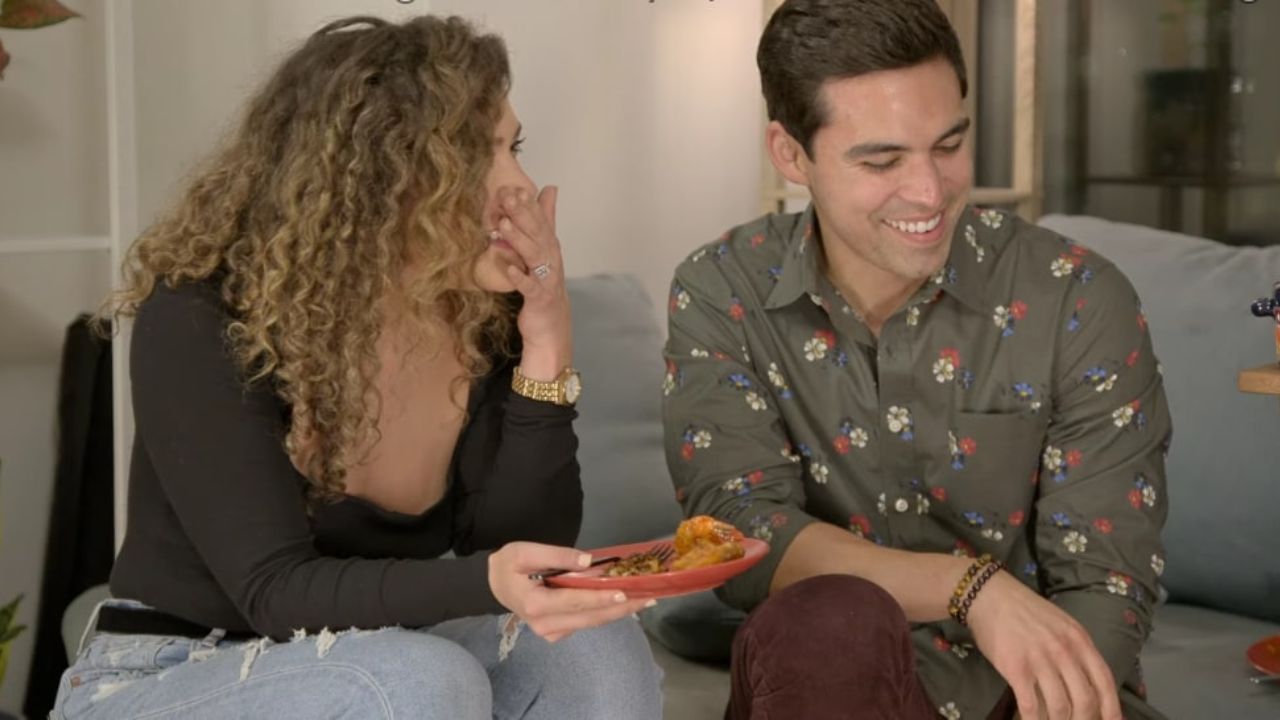 Mallory and Sal from Love is Blind Season 2 are one of the couples in the Netflix show. Discover Salvador Perez and Mallory Zapata’s Instagram to know if they’re still together. Reddit users seek details on Mallory’s talk with her ex-partner, and Sal deciding to leave the show.

Love is Blind Season 2, a Netflix production, is an American reality dating show where the cast members begin their hunt, the hunt of love.

Releasing the first five episodes on 11th February, this particular reality show is all about forming connections with other cast members and eventually deciding the person they most connected with.

Bringing a twist to the show, the production team astounded both the audience and the cast members, divulging the rules that will have to be implied by the participants.

Typically, these cast members had to talk to each other in the pods without getting to see each other, and upon continuing their communication for ten long days, can they decide which particular person to meet physically.

While there are many couples in Love is Blind Season 2, Mallory and Sal definitely succeeded in catching everyone’s heed. Thus, let’s get to know about Mallory and Sal’s love life.

In addition, we looked at the relationship status of Shaina and Shayne, Nick and Danielle, Shaina and Kyle, Deepti and Shake, and Shayne and Natalie.

Mallory and Sal from Love is Blind Season 2

With a total of 7 episodes and having exactly 10 participants, Netflix’s prominent reality dating show, Love is Blind Season 2 is definitely one of the hits.

Trying to find the perfect candidate to sit in the vacant seat of love, these cast members made their presence on the show. However, claiming it as a social experiment of love, the show had a twist.

Rather than getting attracted to physical looks, and then starting the communication, surprisingly, the participants weren’t allowed to look at each other.

Mallory and Salvador are two cast members of Love is Blind Season 2. Not only are they participants but Mallory (@malloryzapata) and Salvador is also one of the finest couples in the show.

Forming the bond with their Latino heritage, and understanding each other’s feelings, both Mallory and Salvador caught feelings towards each other.

While Salvador was still in the process of confronting his feelings, Mallory couldn’t hide her emotions, and thus, proposed to him.

Her exact words were, “I know you will take nothing more than my best…You deserve that. You literally have, like, my best in your hands right now, and falling in love with you has changed me as a person.”

Although everything was going great between them, things seemed to change, and their relationship somehow went in another direction during their stay in Mexico.

Specifically, Salvador had to face an awkward as well as a difficult moment in one of the beautiful evenings, when Mallory and her ex-partner, Jarrett faced each other.

Things got worse when Sal eavesdropped on Mallory and heard her telling Jarrette that she particularly didn’t have to get married to Sal. This broke Salvandar’s heart into pieces, and thus, he decided to leave the show.

Are Mallory and Salvador Still Together?

Mallory and Sal’s relationship caught everyone’s heed when Mallory was found talking to Jarrett and how Jarrett pointed out Sal’s wrong choice of ring for Mallory. This all created drama to Love is Blind Season 2, and also broke Salvador’s heart creating problems in their relationships.

As only five episodes have been released so far, we do not know if Salvador will adhere to his decision of leaving the show or will sort out with Mallory.

However, talking about the present, it seems that both Mallory and Sal are on good terms even after the end of the shoot of Love is Blind Season 2 but still, no predictions can be made on their relationship.

Love is Blind Season 2 is currently streaming on Netflix.

Before you leave, discover Sal’s relationship with Deepti.