Love is Blind: Are Deepti and Sal Together? Season 2 Dating Update! 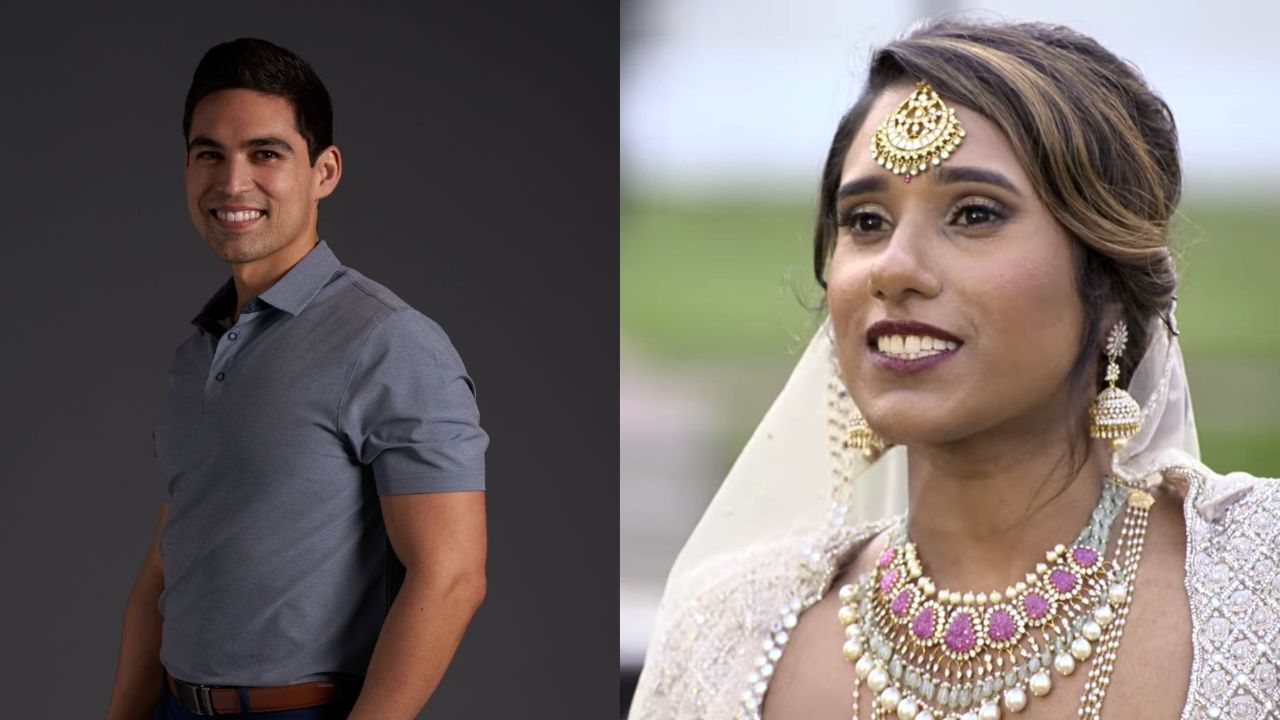 Love is Blind, a Netflix production is about experimenting with oneself to fall in love with the other cast member via talking to each other in the pods for ten long days devoid of knowing the other person looks physically.

After the end of this long talking stage, can the participants meet each other for the date, and decide on their relationship.

Although there were thirty cast members on Love is Blind Season 2, only six couples got engaged on the show, and also, from there, only two couples made it to marrying each other.

Deepti and Salvador are two cast members from the show, who canceled their plans of marrying their respective partners, Shake and Mallory, on the last episode of the show.

However, when the Love is Blind shoot was over, Deepti and Sal posted their together photo with the caption, Unshakable vibes. Thus, that photo created a controversy on Deepti and Sal being together romantically.

Previously, we touched on Deepti and Kyle and Sal and Natalie.

Participating in the Netflix reality dating series, Love is Blind Season 2, both Deepti and Salvador have been rising to prominence along with other cast members.

Starting their relationship with the base of the talking stage to eventually meeting each other on the date, finding the love wasn’t that easy after all.

Firstly, talking in the pods devoid of knowing each other’s appearance, then deciding whom to go date on, and confirming the partner to get engaged with and going to Mexico for the retreat, the whole process of finding the love carried a lot of steps.

Still, Deepti (@lifewithdeeps) and the other cast member, Salvador found their respective ideal partners and began the fresh start of their relationship. Deepti being the only Indian woman ended up meeting the only Indian guy, Shake.

Initially, Shake was reluctant in forming a relationship with Deepti, however, things seemed to go great, and they formed their bond. On the other hand, Salvador paired up with Mallory. Both pairs, Deepti & Shake and Salvador (@salvadior08) aka Sal & Mallory took their relationship to a greater extent, and thus, got engaged on the show.

Subsequently, their relationship came to an end when they decided not to marry each other, and after the shoot of the show ended, Deepti and Salvador posted their together photo on their Instagram account, captioning it, Unshakeable vibes.

The caption somehow was a diss to Shake, and it kinda hinted at Deepti and Salvador dating. The photo was from a trip from Las Vegas, and both Deepti and Salvador were wearing twinning their clothes with a matching white outfit, holding champagne in their hands.

Therefore, these two Instagram posts created perplexity to the fans on their relationship status, and it was the start of how the scandal of Deepti and Salvador’s love life started.

Officially, neither Deepti nor Salvador has confirmed their relationship, and more than Salva, Deepti seems to be interested in Kyle.

Will Deepti Ditch Sal for Kyle?

Firstly, Deepti and Sal were never officially together on Love is Blind, it was just a random assumption of the fans and supporters. To that point, there’s nothing like ditching Sal for Kyle.

However, it looks like Deepti is growing out her love for Kyle, and since Kyle has admitted his feelings on the reunion episode of Love is Blind, Deepti is still figuring out, and they have been spending quality time getting to know each other.

Thus, any sooner, Kyle and Deepti will definitely reveal their official relationship.