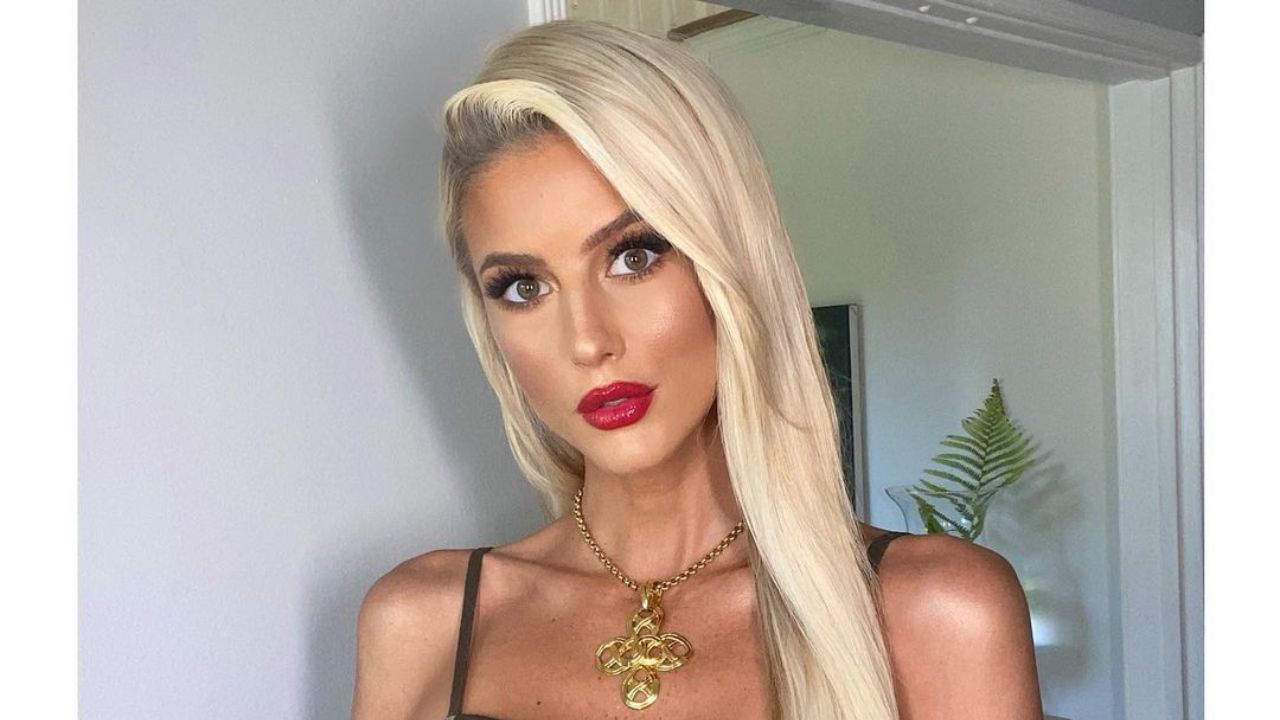 Emma Hernan is a new Selling Sunset cast member. She is a business owner, who runs Emma-Leigh & Co., a vegan food company that specializes in Empanada. As for her age, Emma from Selling Sunset is 30 years old.

Fans of Selling Sunset will be happy in 2021, as a fresh season premiered on 24 November. Season 4 welcomes newbies Vanessa Villela, a brunette stunner, and Emma Hernan, a stunning blonde.

Emma is an entrepreneur who should not be trifled with. And, aside from her spat with Christine Quinn, Hernan is balancing all of her business pursuits and, now, her real estate profession.

Who is Emma Hernan from Selling Sunset?

Emma Hernan – who boasts an impressive net worth of $3 million – is one of the new Selling Sunset cast members and a real estate salesperson at The Oppenheim Group.

I’ve been involved in real estate for about five years. As soon as I got my license I was with Jason.

Emma’s realtor profession had previously been part-time because she had created her own vegan food company called Emma-Leigh & Co. She used to be a model as well.

Emma Hernan mentioned on Selling Sunset that her brand is sold in retailers across the United States and that the firm is doing exceptionally well.

Emma is active on Instagram with 1 million followers: @emmahernan.

During the third episode in the fourth season of Selling Sunset, Emma discussed how she launched her vegan food enterprise.

The Netflix star was raised in a little hamlet south of Boston. She now divides her schedule between Boston and Los Angeles because her food production facility is in Boston.

Emma Hernan began her professional career when she was 14 or 15 years old by making an investment in stocks.

When my grandfather passed away we had a food company. It was really small, so I lent my family money at 17 years old for payroll to get the company going.

Today, that business – Yankee Trader Seafood – is a major chain. Emma decided to grow her own vegan line, so she collaborated with firms like Beyond Meat.

I’m meeting at Costco, Whole Foods with CEOs and they want real estate, too. So, it goes hand-in-hand.

Before you leave, find Gregory Kelleher, Vanessa’s plastic surgery, and her sister Jackie Villela. Plus, learn about Maya Vander’s ethnicity.

In addition, learn what happened to Davina Potratz. Also, who are Karan Hoss, his net worth, Peter Cornell, and Lenny?

Furthermore, check out the rumors of Christine leaving the show as well as her plastic surgery.