Selling Sunset: Emma Hernan’s Net Worth is an Impressive $3 Million! 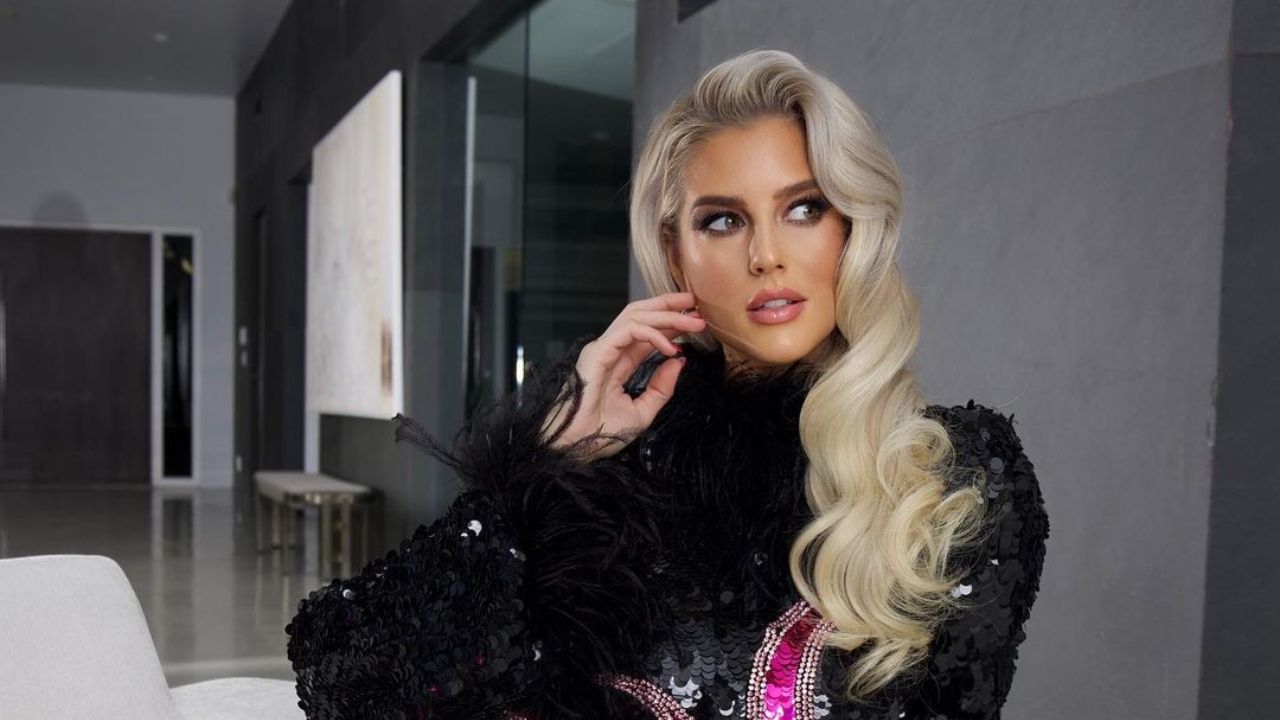 Emma Hernan, a new Selling Sunset cast member, boasts an impressive net worth of $3 million thanks to her business. Emma from Selling Sunset owns a vegan food company, Emma-Leigh & Co.

Emma Hernan‘s prominence in the media spotlight is unsurprising given her involvement as one of the new cast members on Netflix’s Selling Sunset. However, she has worked in the entertainment world since she was a child, so presenting herself in front of a TV camera is really nothing foreign to her.

She has achieved success in a variety of fields, including modeling, high-profile business ventures, real estate, and reality TV.

With these initiatives and broad experiences, we can’t help but wonder about Emma’s professional path and overall net worth. So, shall we now delve into the specifics of the situation?

Emma Hernan’s Net Worth: How Rich is the Selling Sunset Star?

Emma Hernan touts herself as an impressive “self-made millionaire” on The Oppenheim Group website and boasts a reported net worth of $3 million.

Emma was initially involved in modeling and commenced operating in business at the age of 14 when she started to invest for the first time. By the age of 17, she was apparently assisting in the financing of her family’s company.

Emma Hernan from Selling Sunset on Netflix is a successful entrepreneur in addition to her real estate career. She specializes in vegan food and is the Chief Executive Officer of Emma-Leigh & Co., a frozen food enterprise she founded in 2020.

How Did Emma from Selling Sunset Accumulate Her Net Worth of $3 Million?

Emma began investing in startups, then cryptocurrency, and eventually real estate after moving to Los Angeles, all while sustaining her modeling career. The fact that she was only 16 when she started securing international runway performances aided her exposure and advancement.

Emma Hernan even remarked that her career transition into real estate was rather natural. In 2017, she purchased her first home from a buddy, Jason Oppenheim, who recognized her prospects and urged her to engage in the business, which she did after earning her license in 2018.

She worked part-time for The Oppenheim Group until early 2021, when she was promoted to full-time realtor associate. More significantly, Emma Hernan is a successful female entrepreneur who runs Emma-Leigh & Co.

Emma Leigh & Co. is a plant-based frozen food company best known for its fusion empanadas produced with Beyond Meat products.

The founder and CEO admitted on the Netflix original reality series that her ties in the food industry help her attract clients in property investment, and her expertise makes a world of difference in her many endeavors.

In addition, learn what happened to Davina Potratz. Plus, check out the rumors of Christine leaving the show as well as her plastic surgery.