Twenty Somethings Austin: Where are They Now? 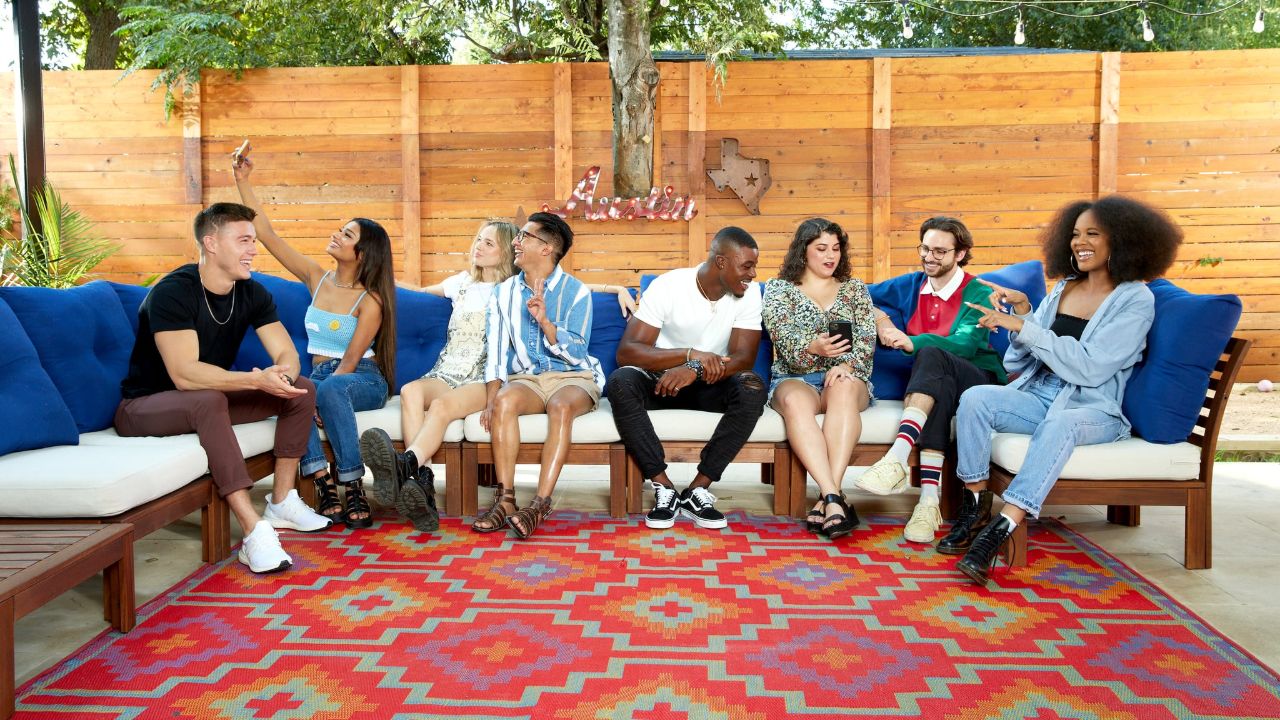 Twenty Somethings Austin Season 1 cast: Fans wonder where are they now. With the global pandemic arrived the unexpected encroachment in our social lives, the need for the world to come alive with spicy dramas was greater than ever. Netflix could feel that and thus, was born Twentysomethings: Austin, Netflix’s very own spin on The Real World. Even if the reality show is kind of bland for shows that are supposed to be filled with dramas, whatsoever by hiring complete drama-free personalities, the cast of the show has made a pretty memorable impression on the audience. Now the audience demands to know where are they now.

Twenty Somethings Austin is a Netflix reality show that follows eight out-of-towners in their 20s as they relocate to the Texas capital and learn to navigate every aspect of life under the “new normal”  throughout 12 episodes.

This unscripted Netflix original actually blends friendships, romances, and careers in one of the most uncomplicated yet compelling ways possible, which essentially ensures the cast members’ complete authenticity.

Many are particularly interested to know if Roxy and Kamari are still together. Some fans are even wondering if there will be a reunion!

Twenty Somethings Austin Season 1 Cast: Where are They Now?

The Twentysomethings, who are not just a group of easily identifiable archetypes, may not be cut out for dramas, but they sure did make a mark on the audience. And even after the show has ended, audiences are left wondering where are they now.

We surprisingly have a divorcee in our house of young twenty-somethings. Abbey Humphreys, a native of Houston, Texas got married to her high school sweetheart at a very young age of 20 but young love rarely last and hers was no exception so, she got divorced at 25.

She is also a fresh college graduate and is only recently getting her career started – a little later than most of her peers, but it’s never too late. She seeks independence in her life as we see her hunt for jobs to gain financial stability.

Having just got out of a relationship, she has been learning more about herself and self-discovery. She is a proud bisexual who is getting bolder and more confident as she is exploring her individuality.

Following her journey of self-discovery, it can be seen that she is slowly getting back on her feet. She seems to be quite happy with where she has reached today as she’s gotten her own place now.

The IT technician, Raquel Daniels seems to be a really mature woman at the age of 25 when most people are trying to figure stuff about life and all. This career-driven woman is happily married to her job in the IT industry, a field generally dominated by men.

The Florida native seems to be a very well-put-together woman and her online presence even indicates that she’s an amateur model and the ambassador of Conscious Apparel by Moye.

Following her stay at Austin, she seems to have fallen in love with it. She declared her time on Twentysomethings: Austin “highkey, best time of my life” on Instagram.

So, it’s no surprise that she chose Austin as her base and is now working in the tech scene there.

Bruce Stephenson, 23 is currently working as a licensed agent for his father’s auto, home, and commercial insurance agency.

But this South Carolina native dreams of a career in sports as he is a huge baseball fan and is hoping to work with a professional sports team one day.

The young lad is also expecting to run into love. Right now, he seems to be content with working for his dad’s insurance company but he is also probably working to achieve his dream job on the side.

Having lived a closeted life by suppressing himself, Keauno Perez had to make a big change in his life. He started by moving out of Arkansas even as he was heartbroken to leave his job in residence education at the University of Arkansas, straight into Twentysomethings: Austin.

He publicly came out as gay three years ago but only now he has set himself free. Now he is a proud gay, who still has not been kissed. He is starting a new life fully as himself with no restrictions and nothing to hide in a new city.

Since his journey seems to be focused more on his sexuality, it’s not clear if he has found a job in the new city, but we are sure about the fact that he is living his life to the fullest, unapologetic of himself and looking to find his community and love.

A University of California alum, Isha Punja seems to be aware of the fact that many see her as an ‘educated ditz’ – two different phrases we never thought we would see together in a sentence, but she’s one of a kind. Having graduated from UC Berkeley with an economics degree, she is currently working as a fashion designer.

Even though the clumsy and gullible 24-year-old thought until very recently that Miami was in Maine, not in Florida, she is a very smart and terrific fashion designer and doing very well. Twentysomethings: Austin sees her items doing well in an Austin boutique.

Her company, Hut Mentality was featured in an issue of British Vogue recently, and the clothes were also presented at New York Fashion Week at once.  It’s very evident right now that she is killing it in designing.

Michael Fractor moved to Texas from California with dreams of building a career in stand-up comedy.

Unfortunately, the 23-year-old must have been a no-show when beginner’s luck was being distributed because he bombed at open mics, which prompted him to move back to Los Angeles for family support, only to decide to stick to Austin at the end moment.

So, where he is based right now is as good as mystery, but we do know that the aspiring stand-up comedian is determined to accomplish his goals. Also, he wants a girlfriend.

Kamari Bonds, 23, moved to Austin, Texas on Twentysomethings: Austin hoping to expand his prospects in the modeling world by benefitting from the visibility garnered by the reality show.

The North Carolina native also has a lot of entrepreneurial ideas and is entertaining the thought of pursuing one. The field player is also on the lookout for The One in Texas.

As per the Netflix original, he signed to a big agency after doing a test shoot, which means that he currently has representation in The Lone Star State as well as The Carolinas. So, the model will be seen throughout the country doing what he loves in front of the camera.

Having lived quite a sheltered life under the supervision of her strict parents, Natalie Cabo moved to Texas to free herself from the shackles of her helicopter parents. A little unwinding on Twentysomethings: Austin and now the 26-year-old has fit in perfectly.

When being herself with no constant restrictions translated into forming new positive relationships, she found in herself the confidence and boldness to face new adventures. She is the kind that rarely shares so, we don’t exactly know where she is right now.

But it would be correctly established if we assume that she’s probably working to achieve her dream of owning a non-profit theatre company. After all, she’d once said that she wants to create shows that’ll raise awareness on social and political issues.

Before you leave, learn about a potential Season 2 and whether or not Isha and Michael are still together.