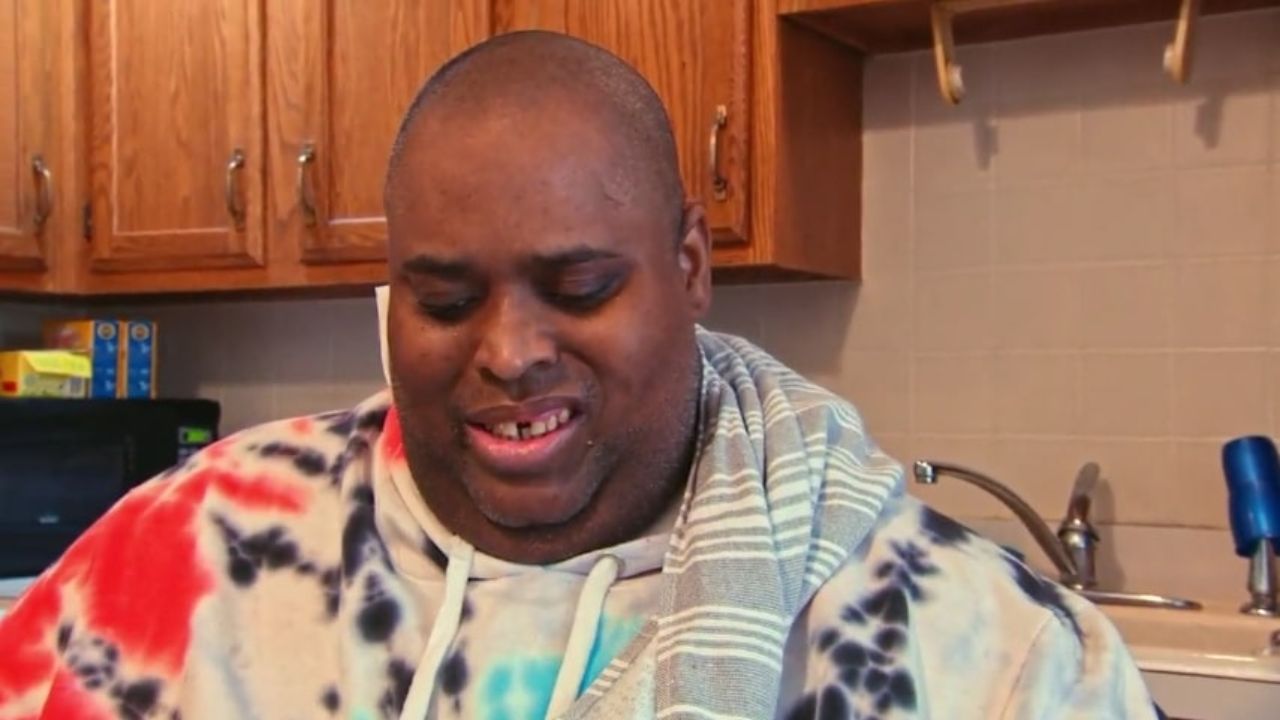 TLC‘s reality series My 600-lb Life, which debuted in early 2012, has been capturing the experiences of severely obese people as they try to make a fresh start.

To do so, they engage the assistance of Dr. Younan Nowzaradan, also known as Dr. Now, who provides them with stringent food programs, exercise regimens, and lifestyle change advice.

However, the overall process is obviously easier than it sounds, which is why numerous contestants, such as Larry Myers from Season 10, are suffering.

But, if you want to know further about his current situation, we’ve got the information for you.

The 45-year-old Larry Myers from Albany, New York, initially appeared on our cameras in episode 13 and admitted that he suffers in continual pain due to his huge frame.

After all, in addition to being asthmatic, having sleep apnea, thyroid issues, and depression, he also had severe lymphedema in his right leg, which limited his movement.

That’s the reason Larry struggled to stand for more than 4 minutes at a time and required a cane/walker to get around, reducing his stamina to a minimal level. It all stems from the germaphobe’s troubled upbringing.

Larry from My 600-lb Life was raised in a fairly happy environment with his folks and three sisters, but he started gaining weight at a young age since his mother exhibited affection by nourishing him.

Sadly, when it was mixed with his dyslexia, he was mocked at school, beginning his addiction to food owing to the solace he felt in it. Larry Myers’s bad dietary patterns worsened after he lost his baby nephew “Little Larry” — lovingly christened after both him and his father — when he was still an adolescent.

Larry had found religion and built a relationship with gospel music by that point, but it couldn’t replace the void in his soul that it had filled when he was tormented previously.

Nonetheless, he persisted on this route in an effort to advance, even becoming a good artist until things faded out on their own.

He was still overweight and unhealthy, but it reached rock bottom when one of his sisters and his mother passed away within eight months of one another.

Larry Myers was 940 pounds when he collapsed at the latter’s burial, and the 12-day coma the My 600 Pound Life alum fell into afterward spurred him to undergo weight loss.

The former singer then expended over two years in a nursing facility, worked incredibly hard, and successfully underwent gastric sleeve surgery to lose more than 600 pounds.

However, since he has been unable to adequately cope with sadness and depression, his attempts were futile, and he reverted to old patterns after burying another sister.

Thus, Larry Myers gained 648 pounds before realizing he didn’t wish to die, progressively understanding what he wanted to do, and deciding to contact Dr. Now for another opportunity.

Larry Myers first struggled with out-of-state travels and adhering to Dr. Now‘s rigorous regimen, but he adjusted to the circumstances in order to do what was beneficial for him.

After all, by the end of a year, the My 600-lb Life star not only permanently moved to Houston, Texas, but he’d also lost 119 pounds.

Larry was assured that if he maintained his weight loss, he’d soon be authorized for his subsequent gastric operation, prompting him to begin strengthening his agility with other activities as well.

Based on what we can discern, Larry Myers seems content with his current residence in Houston. He hasn’t given any new updates/images of himself to aid us to determine if he has since lost additional weight or done surgery, but he’s made it pretty clear that he intends to continue on this road.

In other words, it seems that the former artist is sincerely committed to accomplishing his goal and building a better future for himself, which is our sincere wish for him.