Dolly Martinez from My 600-lb Life: Find Her on Instagram! 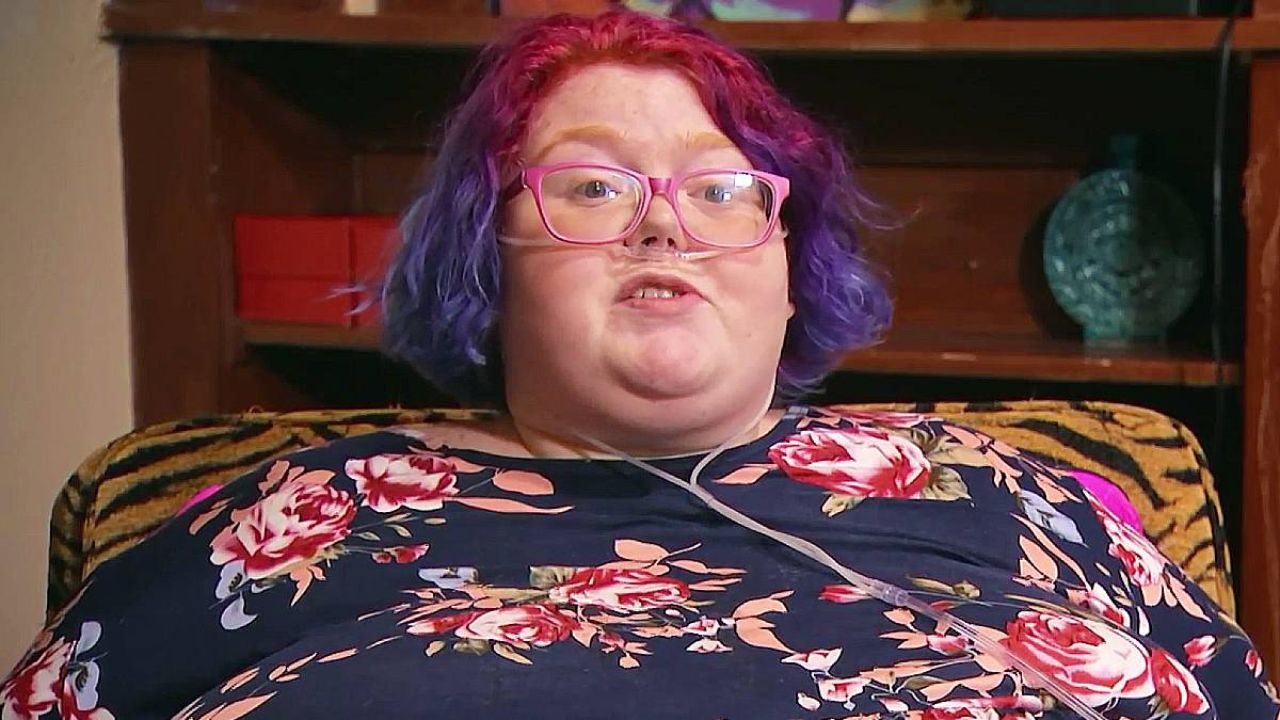 Featuring herself in the TLC‘s pre-eminent documentary series, My 600-lb Life, Dolly Martinez’s unhealthy relationship with food was quite disturbing to see.

Today that relationship not only gave her a huge appearance and brought bullies to her, but it also filled her life with more serious complications.

From congestive heart failure to having serious breathing issues, Dolly Martinez’s binge eating habit did no good but allured health problems to her life.

Seeing her on the documentary series brought tears to everyone, as more than Dolly Martinez’s fault, her childhood years played a significant role in inculcating and developing the unhealthy lifestyle, and adhering to foods, carrying a huge amount of calories.

However, teeming with determination, and dedication, Dolly developed the sudden urge to thrive for the normal life, a life with no more weight issues, and to that point, she started seeking help from a therapist. Do you think Dolly Martinez succeeded in shedding down her pounds of weight?

Who is Dolly Martinez from My 600-lb Life?

The 25-year-old, Dolly Martinez is well-known through her presence in the TLC series, My 600-lb Life. This show is basically a platform for all people weighing over 600 pounds and showcases their weight loss journey and their real lives to the public.

From the show, it has been divulged that Dolly commenced her eating disorder when she was a child. Choosing drug addiction over the love of family, Dolly’s father was nothing but a futile person.

Seeing her father getting high every day, and feeling the void of her father’s love, Dolly was mentally disturbed, leading to Dolly getting diagnosed with ADD, Oppositional disorder, and also bipolar disorder while she was just at the kindergarten.

Children are supposed to live a life bereft of stress, but Dolly wasn’t that fortunate enough, thus, in her childhood years, she confronted more downs.

Having no one at her side, she started craving for that inner solace and bringing the foods as the ultimate solution, she started eating, not to fill her stomach, but to feel that comfort.

This binge-eating habit may have helped Dolly Martinez to get comfort from everything, but physically, it brought serious complications to her health. Just at the age of seven, Martinez weighed around 120 lbs, and seeing her belly fat, and the obese body, bullies started revolving around her.

Physically, her health was deteriorating, and even though Dolly knew that unhealthy foods are detrimental, her body didn’t confine, and she started gaining more weight on a daily basis.

Hearing the word fat and obese every time, Dolly was heartbroken from inside and could do nothing about it. Conversely, to put an end to her school bullies, Martinez dropped out of her school, eschewing all the bad words, people threw at her.

But did that help her out? No, staying home, she started taking huge amounts of food products. Later, a wave of realization hit her hard, and then, filled with diligence, dedication, and determination, Dolly eventually decided to lose some pounds.

From being 593 lbs, Dolly Martinez’s efforts led her to lose 40 lbs, and it may seem like it’s a small number, but for Dolly, it’s a huge achievement. Thus, sooner in the coming years, she will definitely succeed in shedding more pounds of weight.

Thinking 40 lbs is enough loss, Dolly Martinez went to her appointment with the psychotherapist, Matthew Paradise, however, he declined Dolly’s request and told her that the loss is still not enough.

Moreover, he urged her to be more determined, and start working towards the weight loss journey.

What is Dolly Martinez Doing Today?

While Dolly Martinez may be struggling with her own life and many complications brought by her weight, she still developed the courage to birth a small adorable daughter.

Although she is a married woman, married to her husband, Ricky, their relationship has several ups and downs. Also, it was claimed that her husband is abusive towards Dolly Martinez.

To that point, the CPS handed their daughter just after six days of her birth to Dolly’s mother, Staci, and today, Staci has legal custody.

When it comes to social media, you can find Dolly Martinez on Instagram (@dollysjourneytlc).