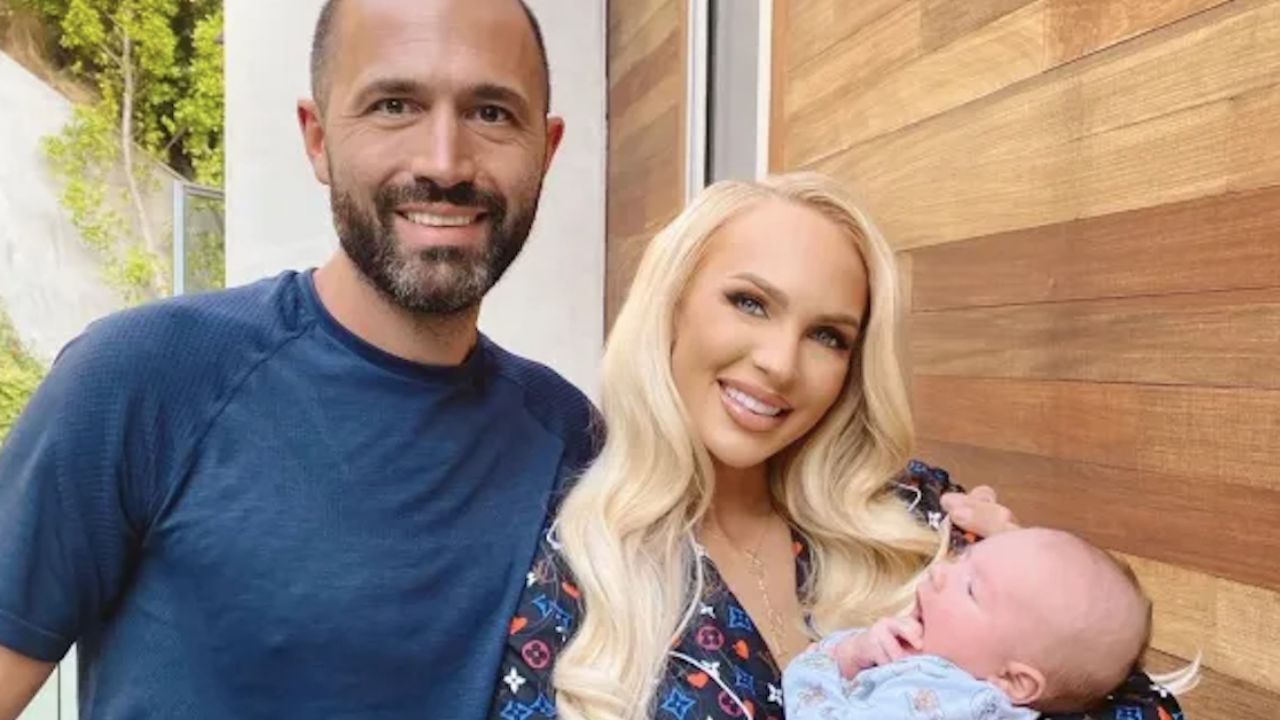 Selling Sunset is a Netflix reality show created by Adam DiVello which follows a group of agents at the Oppenheim Group, a high-end real estate brokerage firm in Los Angeles, as they balance their personal and professional lives.

The first season, which consisted of eight episodes, premiered on March 21, 2019. The show starring several real estate agents was renewed for a second season on May 22, 2020, and for a third season on August 7, 2020. On March 11, 2021, Netflix renewed the series for a fourth and fifth season.

Previously, many viewers were curious to know Christine Quinn would return for the show’s fifth season after how the fourth season ended. Well, she is returning and fans are curious to know more about her, including who her husband is.

Christine Quinn’s Husband: The Selling Sunset Star is Married to Christian Richard Since 2019!

Christine Quinn (@thechristinequinn), 33, and her husband Christian Richard, 43, married in a lavish wedding in 2019, and the Selling Sunset star is now the mother of their first child, born in May 2021.

Christine contributed crazy elements to the ceremony including black swans, a blood-covered wedding cake, and actual snow, making it one of the most memorable scenes of the Netflix series.

Even though Richard is just 43 years old, viewers of Selling Sunset are fully aware of his status as a retiree. After a successful career in software engineering, Christian is now a retired tech entrepreneur. In an interview with Women’s Health, Quinn stated, “He attended MIT and specializes in the engineering of all types including software platforms.”

Christine also revealed that he was involved in the founding of one of the earliest online meal delivery businesses, which contributed to his massive fortune. According to Global Property and Asset Management, Inc., Richard is the former CEO of Boston-based Foodler, a food delivery business that sold to competitor GrubHub in 2017.

Christine and Christian first met in 2019, and after barely a year of dating, they married. They met through a mutual friend who didn’t like Christian on a date but suggested him to Christine when he stated he was looking for a new place to live. Christine eventually fell in love with him, and he even spent $5 million on her dream mansion in the Hollywood Hills.

Richard not only bought his future wife’s dream home, but he also bought it from Hugh Hefner‘s widow, Crystal Hefner. According to ELLE, when Global Property and Asset Management, Inc. reported on the transaction in January 2019, it was revealed that the mansion was purchased for $5 million by Christian Dumontet, not Christian Richard. Quinn’s husband appears on Netflix under a different name.

From the first episode of Selling Sunset, it was evident that impressing a woman like Christine requires a lot of effort. That’s why she and Christian work so well together. According to Newsweek, Christian has a net worth of $20 million.

Everything You Need To Know About Selling Sunset Season 5: Release Date, Cast, About!

Selling Sunset Season 5 is almost on the verge, just five months after Season 4 was released on Netflix. There isn’t much longer to wait to see all of the drama at The Oppenheim Group, as well as glimpses of the gorgeous Beverly Hills mansions and the entrance of some new estate agents.

Chelsea Lazkani is the newest member of the Selling Sunset team. Lazkani is a London-based British-Nigerian real estate agent with an economics background.

Chrishell Stause and Jason Oppenheim‘s romance, which began in July 2021 but unfortunately ended in December 2021, will be explored in Season 5.

Audiences will experience their romance for the first time on TV, but it is unclear whether their break-up will be included in the future season. The fans will have to wait and see what happens. In addition, the new season features a fresh new Oppenheim office as well as a crazy group vacation to Greece.