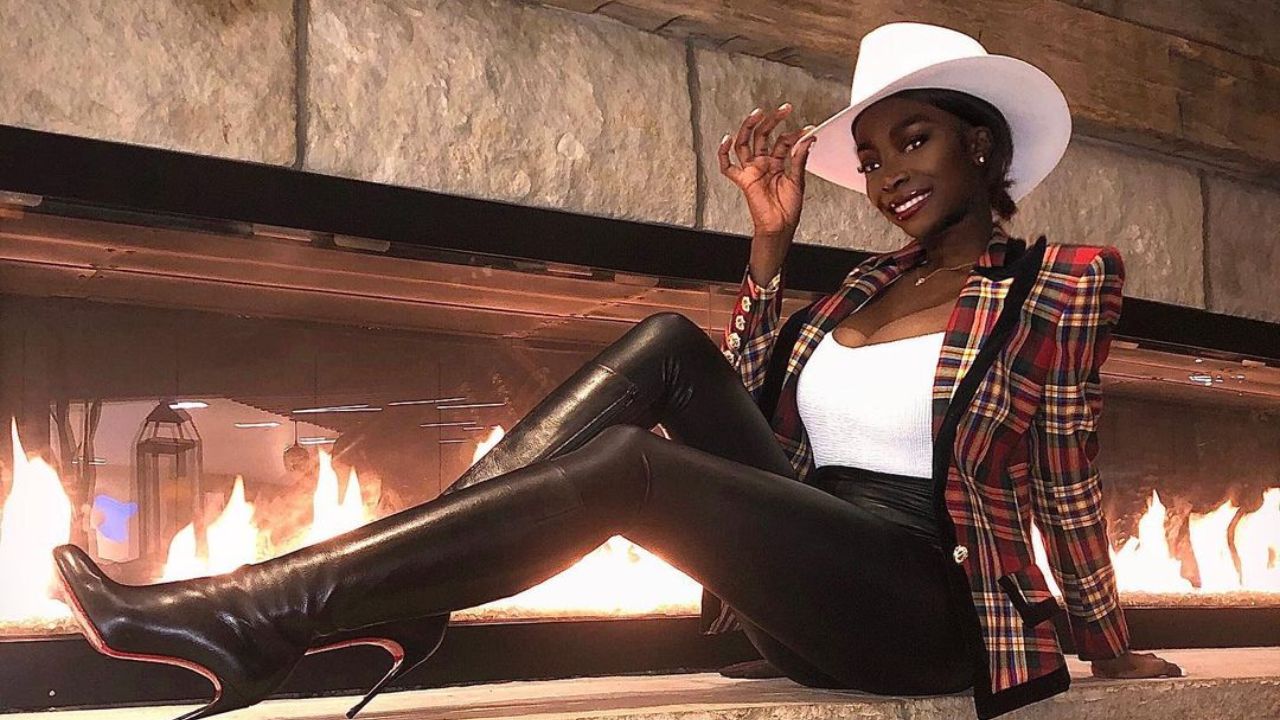 Chelsea Lazkani, the new black girl cast member of Netflix’s Selling Sunset, has been accused of using a fake accent during the show. Most of the fans claimed that Chelsea Lazkani sounded like an Australian. Meanwhile, some fans defended the Selling Sunset Season 5 alum by saying that her accent might have been affected as she has been living in America for six years now. Go through the article to know more about Chelsea Lazkani’s fake accent controversy.

Luxury property enthusiasts and reality TV fans alike have gathered to watch Netflix‘s Selling Sunset. For those unfamiliar with the show, it follows the real estate agents of the Oppenheim Group in Los Angeles, California, as they manage multi-million dollar listings with their hectic personal lives.

Selling Sunset’s fourth season premiered in November 2021, and it did not disappoint. Yes, Netflix provided us with 10 episodes of high-octane drama, much of which revolved around Christine Quinn‘s rivalry with newcomer Emma Hernan.

It’s safe to say that the previous episode left us yearning for more, much more. What’s more, guess what? Season five of Selling Sunset is now available to view on Netflix in its entirety.

The new black girl cast member, Chelsea Lazkani, has been a topic of discussion for many viewers as many claimed that she used a fake accent during the show. Well, let’s find out whether or not Chelsea used a fake accent.

Christine was the one to vouch for her when she met Jason, and she and Christine became good friends. Chelsea, a British Nigerian, worked and lived in the United Kingdom before moving to the United States six years ago where she met her husband and started a family.

However, her accent was considered suspect by fans. Many fans thought she used fake accents during the entire show. A fan tweeted,

Lol I’m sorry but Chelsea’s accent on Selling Sunset sounds like the fake accent we do on spring break. #sellingsunsets5 #SellingSunset

Similarly, some UK viewers have been confused by Lazkani’s distinct British accent, which contrasts sharply with the rest of the line-up’s Californian accents.

One British viewer commented: “This Black British girl on Selling Sunset is killing me so much. Is this how we sound like?”

However, not everyone agreed with this viewpoint, as some supporters defended Chelsea’s accent. A fan said,

y’all hating on Chelsea for her accent is so dumb. why would she lie about being from london? also she lived in the US for 6 years now, her accent is obviously not going to sound the same as when she was in London #SellingSunset

Therefore, Chelsea definitely does not sound like a typical British. However, that does not mean she certainly used a fake accent during the show.

She might have been friends with non-British friends and probably adapted their accents. We’ll get back to you right after we get any additional information about Lazkani’s fake accent rumors.

After the cameras stop running on Selling Sunset Season 5, there will be more drama. Netflix has revealed that the show will begin filming its reunion episode on April 24 in Los Angeles, two days after season 5 premiered on April 22. Tan France of Queer Eye is set to host the event.

Season 5 of Selling Sunset picks off just where the previous season left off in terms of drama. Fans got a sneak peek at all the upcoming drama in the official trailer, which was released earlier this month.

Chrishell and Jason‘s romance is one of the season’s most important story aspects. Season 5 begins with the Oppenheim Group‘s vacation to Greece, where the couple’s love was on show. When the topic of children comes up, Chrishell and Jason’s relationship takes a turn. This is the cause of their final breakup.

Meanwhile, Christine wonders if Chrishell’s new relationship is the reason she’s losing out on listings, and Christine, who is still clashing with Mary and Heather, finds an ally in newcomer Chelsea Lazkani, who intends to take over the market with her new bestie.

Chelsea’s struggle for a permanent desk at the business raises the stakes, therefore their relationship may be short-lived.