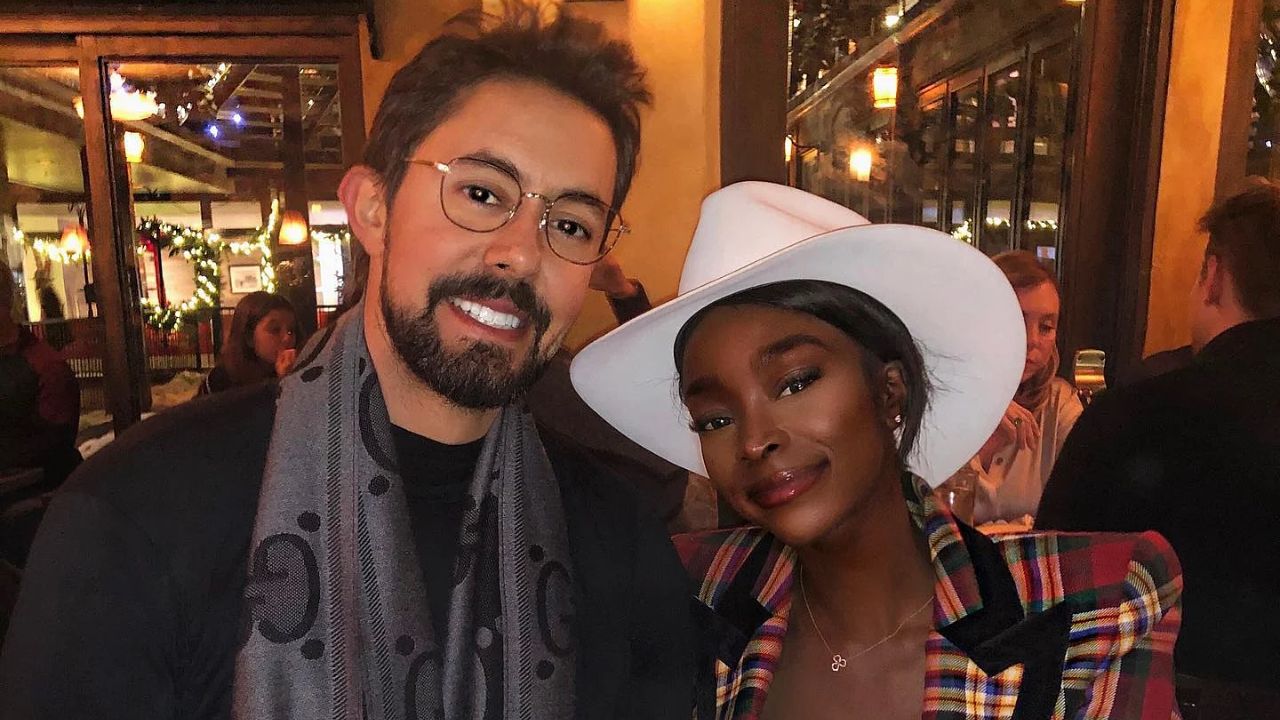 Chelsea Lazkani, the newest black girl cast member on Selling Sunset Season 5, is married to her husband, Jeff Lazkani since 2017. Currently, 40 years of age, Jeff is a managing partner at Icon Media Direct. Chelsea’s husband Jeff Lazkani’s net worth is estimated to be around $500,000. The couple also has two beautiful kids together. Let’s know more about Chelsea’s relationship with her husband in detail.

It’s the season of Selling Sunset that fans have been waiting for, and Netflix viewers will finally get to see Jason and Chrishell on screen. The introduction of new cast member Chelsea Lazkani is a shock in the drama that the relationship is guaranteed to create.

She’ll undoubtedly make an impression in Season 5 because she’s both beautiful and educated. Chelsea, who has already formed a strong bond with the controversial Christine Quinn, has the potential to ruffle a few feathers.

With Brett Oppenheim leaving the Selling Sunset firm for pastures new, the newest realtor is a welcome addition to the team. Similarly, some fans have been curious to know about her married life and her husband. Well, here is everything we know about Chelsea’s husband.

Chelsea Lazkani (@chelsealazkani) is married to Jeff Lazkani (@jefflazkani), an Icon Media Direct managing partner. They married on August 12, 2017, and have been happily married since then. Chelsea met her husband in 2015 while on vacation in Los Angeles.

Chelsea looked stunning in a Zuhair Murad white gown for the couple’s wedding in 2017. Her husband, on the other hand, was dressed in a Tom Ford tuxedo. In an Instagram post at the time, of their wedding, Chelsea described their wedding week as a fantasy.  She wrote next to a picture of the newlyweds,

This weekend was a fairytale, I couldn’t have wished for anything more. Thank you for the overwhelming amount of love over the last couple of days. To see family & friends come together from all over the world to celebrate our union is indescribable.

The 40-year-old Jeff, like his wife, has an amazing resume. He earned his bachelor’s degree in business administration from the University of San Diego in 2005. He soon after joined Icon Media Direct, where he rose through the ranks to become Managing Partner, a position he assumed in February 2021.

According to his LinkedIn page, Jeff was born and raised in the media profession and celebrated 15 years in the field in 2020.

Jeff says he enjoys a good hike or competitive game of beach volleyball when he’s not at work. According to his bio, he’s also a die-hard Lakers fan who may be found chillin’ with his wife and dogs in his spare time.

Chelsea and Jeff are the proud parents of two beautiful children. They have a four years old son, Maddox Ali Lavon, and a daughter named Melia Man. Maddox, their eldest child, is three years old and was born in January 2019 while Melia, the couple’s daughter, was born in November 2020.

Are Chelsea and Christine Still Friends?

Chelsea Lazkani and Christine Quinn don’t seem to connect much on social media, although they ended Season 5 on excellent terms. As a result, they are likely to be friends in the future.

Chelsea developed friendships with the rest of the group, but she had a unique relationship with Christine. Christine, on the other hand, had made a rare friend in Chelsea and was hesitant to risk their friendship. From their discussions, it appeared that they were preparing to take on the competition as a team, and the two did create a compelling real estate team.

Furthermore, Christine and Chelsea became closer throughout the course of the fifth season, as the latter appeared unconcerned with Christine’s past reputation, preferring instead to get to know her personally.

Christine and Chelsea appear to enjoy a life of privacy at the moment and are busy spending time with their own families. We can reasonably presume that they are friends to this day, given their remarkable connection and how strong their friendship developed over Season 5.