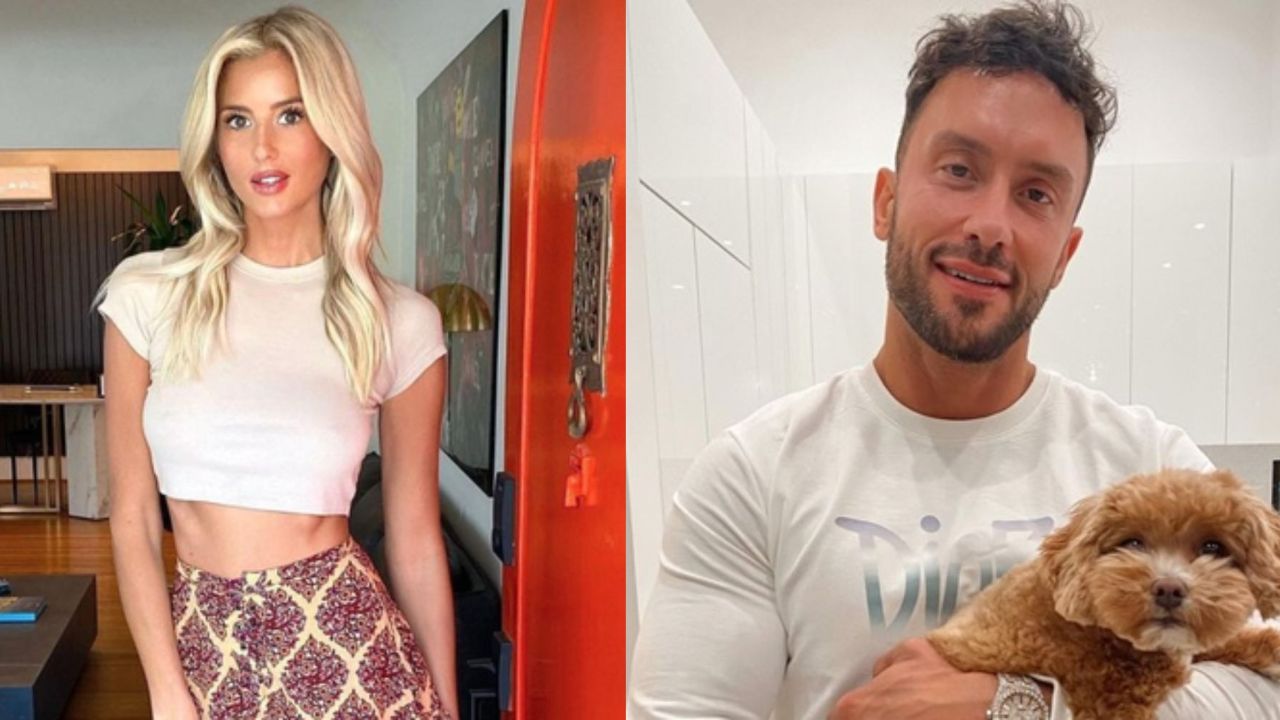 Emma Hernan from Netflix’s Selling Sunset Season 5 is reportedly dating her boyfriend, Micah McDonald. Emma met Micah while touring a luxury property in Beverly Hills. Micah McDonald is a Texas-based businessman and real estate developer who has a mezcal business and is quite active in fitness. Similarly, Emma Hernan was rumored to be dating her former boyfriend, Peter Cornell. Some queries surround Selling Sunset alum Emma getting engaged as well as her ex-husband.

The drama is still going on! Season 4 of Selling Sunset on Netflix finished with Christine Quinn at odds with almost every single one of her Oppenheim Group employees, and the anticipation for season 5 has only increased.

According to a sneak look released following the season 4 finale episode in November 2021, the only thing everyone will be talking about in season 5 is Chrishell Stause and Jason Oppenheim‘s shocking relationship.

Christine Quinn and Emma Hernan‘s conflict over a mutual past dominated Season 4 of Netflix’s Selling Sunset. Peter Cornell, another Oppenheim Group real estate salesperson, was eventually recognized as the gorgeous guy they had previously dated. However, Emma Hernan has not been dating Peter as of now and fans have been curious to know about her current boyfriend.

Emma Hernan’s Boyfriend: Who is Emma from Selling Sunset Dating?

Chrishell Stause informed Emma Hernan (@emmahernan) that Mr. Right may be a current business associate during a Selling Sunset Season 5 talk about her love life. It seemed appropriate when Emma met Micah McDonald, a super-cute property developer while touring a new Beverly Hills property. After their first date, Emma said,

I usually don’t mix business with pleasure, but Micah’s a little bit different. We had like one or two meetings and I was like, ‘Oh my god.’ Not only is he attractive and successful and confident, but we actually have a lot in common.

A passionate hot tub date in the Season 5 finale which Netflix filmed between November and December 2021 hinted at the possibility of a romance. After all, they had made a bucket list of destinations they wanted to travel to together. However, Micah resides in Houston, Texas, so it appeared they were taking things gently.

Their relationship has progressed a little bit since filming concluded, as Emma Hernan told ET on April 22. She said, “Me and Micah definitely have something special.” So far, it doesn’t appear like they’re exclusive, but she suggested that the next chapter of Selling Sunset may offer unexpected twists.

Meanwhile, Emma has been linked to another man: her ex-boyfriend Peter Cornell, a fellow Oppenheim employee whom she and Christine Quinn previously dated. Emma and Peter were photographed enjoying lunch in February, but a source revealed to Us Weekly that they were not dating and that they had merely stayed friends after their 2018 breakup.

Furthermore, the source stated that Emma Hernan was single and enjoying it, despite the fact that the star of Selling Sunset had previously stated that Cornell may be looking for a reconciliation.

That’s not necessarily a good sign for Emma and Micah, especially if they’re still dating casually. In any case, Emma Hernan made no secret of her previous online dating issues or the fact that Ben Affleck messaged her on Raya just before his reunion with Jennifer Lopez in 2021.

Ben Affleck has denied that he and Emma Hernan met on the dating app Raya. Emma, 31, of Netflix’s Selling Sunset, said she connected with Ben on the celebrity dating app before he resumed his romance with Jennifer Lopez (@jlo), 52, in April 2021, but Ben’s representatives claim he hasn’t used Raya in years.

According to a spokesman for Ben, Raya has confirmed that Ben, 49, has not been an active member for some years.

Raya describes itself as an exclusive dating and networking platform for those in creative sectors, having begun in 2015. Ben and Jennifer were just engaged for the second time, 18 years after their previous engagement ended in divorce. Jennifer says,

We’re older now, we’re smarter, we have more experience, we’re at different places in our lives, we have kids now, and we have to be very conscious of those things.

Jennifer and her ex-husband, Marc Anthony, have 14-year-old twins Emme and Max, while Ben has three children with ex-wife Jennifer Garner: Violet, 16, Seraphina, 13, and Samuel, 10.