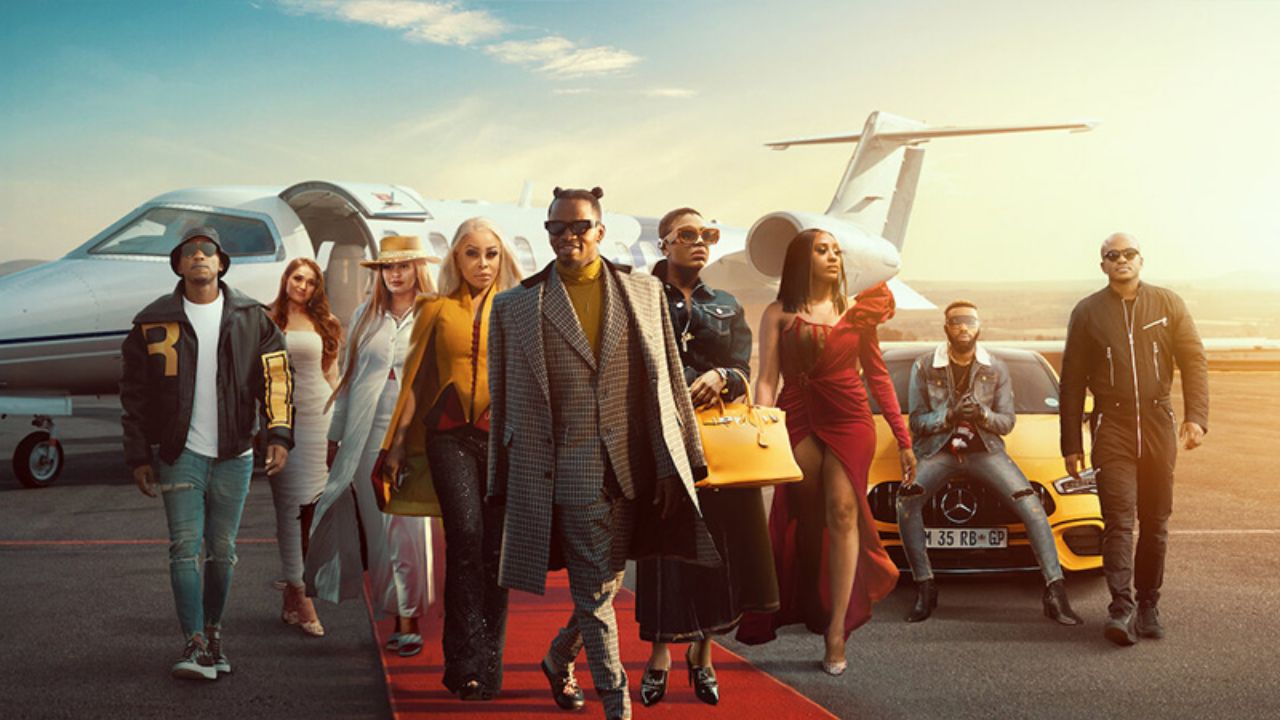 Young, Famous and African is the first original African reality series to air on Netflix. The show revolves around a group of renowned celebrities exclusively from the African continent.

The series features the stars’ love lives and career arc while flaunting the cast‘s lavish over-the-top lifestyle, which makes the viewers wonder about their net worth.

Previously, we touched on Kudzi Mushonga.

Khanyi Mbau (@mbaureloaded), quite literally the entertainment royalty of South Africa has amassed a jaw-dropping net worth of $10 million.

Born on October 15, 1985, she entered the entertainment industry at 19 and since has done many soap operas, drama series, and movies. She has also made appearances in some documentaries and reality shows.

Not only that but she has also hosted her own talk show Katch It With Khanyi and served as a radio host. She also has released a self-titled album. She also has dipped her toes into business and is the owner of the I Am Khanyi – Millennial Shimmer Gin.

With that business and nearly two decades in the entertainment industry, she has acquired many valuable assets and has built a fortune for herself.

Diamond Platnumz (@diamondplatnumz) is a name that needs no introduction in Tanzania. He has made a place for himself as the most influential singer with his four albums.

Aside from being one of the wealthiest singers in Tanzania, he is the founder and CEO of WCB Wasafi Record Label, Zoom Extra, Wasafi TV – a Tanzanian media outlet, and Wasafi Fm – one of Tanzania’s latest radio stations.

He has also founded Cheka Tu – a live comedy show. He has accumulated an impressive net worth of $7 million from his singing career through album sales and streaming, and from the many companies that he owns. He was born on 2 October 1989.

Annie Macaulay-Idibia‘s net worth is estimated to be $5 million. In Nigeria, she (@annieidibia1) has always been an eye-catching actress in the glamor industry. She has done beauty pageants and appeared in music videos.

She has acting credits in over 200 films and 50-60 television shows. She also owns and operates a beauty salon called BeOlive Hair Studio. She was born on November 13, 1984.

Innocent ‘2Baba’ Idibia (@official2baba) is a lot of things including singer, songwriter, and record producer. The Nigerian star throughout his career is estimated to have amassed a net worth of $1 million.

He has also managed to secure multiple endorsement deals with different brands and companies. He collaborated with Airtel till his contract expired in 2010 and after that, he represented Globacom. He was born on September 18, 1975.

Zari Hassan (@zarithebosslady) has accumulated a net worth of $8.8 million till now. She has amassed her fortune mostly from her singing career and her business ventures. After the death of her ex-husband, several of his significant assets were devolved to her one of which was Brooklyn City College (BEC).

She also got ownership of one of the biggest real estate companies in South Africa. She is also reported to own a cosmetic store and run a 5-star hotel in Kampala, Uganda. She has an extravagant car collection – a Mercedes Benz, an Audi, a Range Rover, and a Bentley. She was born on September 23, 1980.

Nadia Nakai (@nadianakai) has a net worth of $1 million. She started her career as a rapper in 2013 when she won a mixtape competition Shiz Niz and has released three albums to date.

Quinton Mansina aka Naked DJ (@naked_dj), is a South African radio personality and club DJ. His net worth is estimated to be around $1 million to $3 million.

He has generated all his revenues from his career in radio and as a DJ. If he has done business ventures, they have not been reported so far. He was born on August 12, 1980.

Andile Ncube (@andilencube), a South African actor and media personality, is estimated to have a net worth of $1 million.

He started his career in the television industry in 2003 and since then, has acted in several short films and hosted several shows like The X Factor South Africa and The Search: E! Host South Africa.

Kayleigh Schwark (@kayleigh_schwark), a much younger partner of Naked DJ supposedly has a net worth of about $835000. Her primary source of income is her career as a football player. The fitness freak was born on December 4, 1994.

Jeremiah Ogbodo aka Swanky Jerry (@swankyjerry) is estimated to have a net worth of around $1 million to $5 million. He has earned from his career of styling celebrities. He has also launched his fashion and lifestyle brand Swanky Signatures Styling.

He has collaborated with many big names of the Nigerian entertainment industry like D’banj, Ice Prince, M.I, Tu Face, Juliet Ibrahim, and Davido.

Young, Famous and African was released entirely on Netflix on March 18, 2022. So, it’s going to be a few months till the streaming service decides to whether cancel or renew the season.

In case Netflix orders another season of the reality series, viewers can expect all the cast of Season 1 in Season 2 as well. Also, there is a possibility of new cast members joining the show.