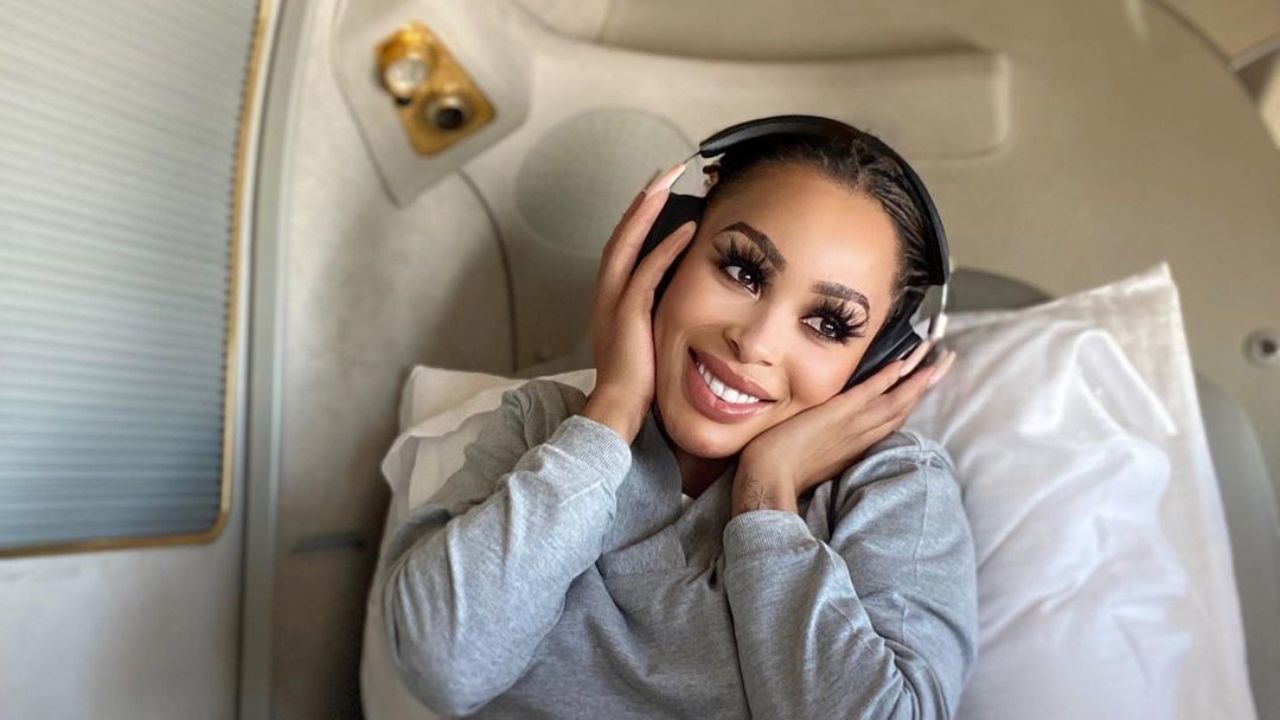 Khanyi Mbau is a cast member from Young, Famous, and African, and she often shares her experience with her skin bleaching or whitening process. Khanyi isn’t confident about her skin color, and thus, wants a fair skin texture. With her desire to turn her dark complexion to white, Khanyi Mbau has been sticking to the skin bleaching process.

Netflix, one of the popular streaming media, has consistently been adding flavors to our lives, and every other day, it brings new series, shows, and reality television shows.

With a strong fanbase and numerous subscribers, Netflix always fulfills people’s anticipations, and recently, on 18th March 2022, it brought the first African reality show, Young Famous, and African. The show has a total of seven episodes and ten African personalities as the cast members.

With the show’s popularity, all the cast members are also being surrounded by fame and recently, Khanyi Mbau has been in the spotlight for the controversy on skin bleaching.

The first African reality show, Young, Famous, and African was released on 18th March 2022 and all seven episodes were released on the same day. Typically, ten African popular personalities or let’s say successful people from five different African countries live together in Johannesburg.

The 36-year-old, Khanyi Mbau who is literally the queen of Young, Famous, and African, has been surrounded by hate. Khanyi is always open when it comes to talking about her skin bleaching process, and she has always admitted that she wants to have a lighter skin tone than what she has naturally.

Although it had been years Khanyi Mbau stopped her skin bleaching process and adapted to the cosmetic products, Mbau seems to be unsatisfied, and thus, and has developed second thoughts about adapting to her usual skin whitening process.

People are too perplexed by Khanyi’s commitment to skin bleaching, and at the same time, Khanyi always mentions that one should be proud of their skin tone, therefore, people always question her, and even bash her because she herself isn’t confident with her skin color but is asking other people to develop confidence.

It started out as a quick solution to sunburns when I used to drive my Peugeot 206 cc. I played Doobsie, then I was out of continuity coz I was very dark from the sun; bought a cheap bleaching cream; it did wonders, so I enjoyed my ride and didn’t p_ss off production. A few months into this new hack, I liked my lighter look. It made me feel rich, and I was getting all the compliments on my glow-up! Ego booster. I then fell in love with the girl in the mirror, and chose this packaging for brand Khanyi like Beyonce chose her big fan on stage. To sum it up, the journey has been cool but with great difficulty that none of you should have to face coz nobody wants to address this issue – and this is an age-long game.

Khanyi Mbau from Young, Famous & African: What’s Her Net Worth?

The South African actress, television host, and artist, Khanyi Mbau is tagged as the queen of the African reality show, Young, Famous, and African. Apart from working in other sectors, Khanyi opened her own brand, I Am Khanyi – Millennial Shimmer Gin.

In 2019, Khanyi won the title of Best Actress for her role in Red Room. Talking about her net worth, she is worth around $10 million. Also, she is quite popular on Instagram.

Before you leave, check out Zari’s skin bleaching rumors.