Too Hot to Handle Season 3 Cast: Meet the New Netflix Stars on Instagram! 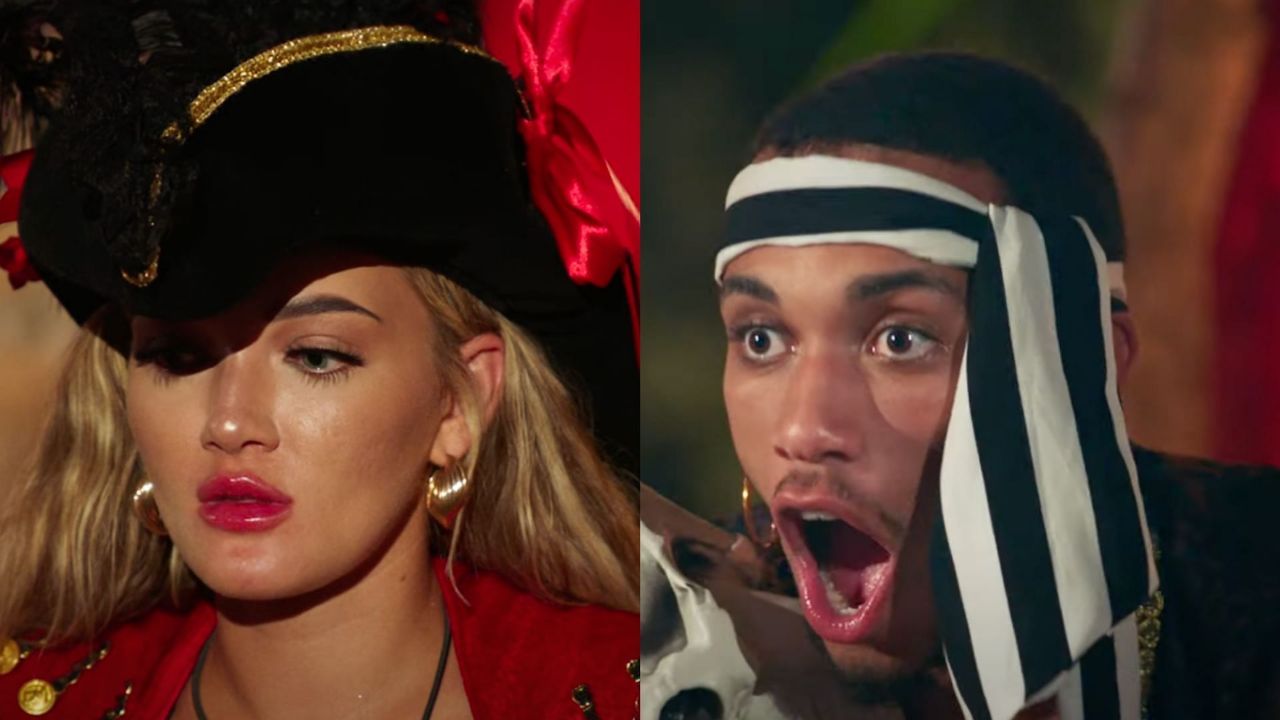 Too Hot To Handle Season 3, a Netflix production, has been rising to prominence just after the release of its first episode on 19th January 2022. Having ten cast members, the show will definitely be a hit. Meet the entire Too Hot to Handle Season 3 cast on Instagram.

Immensely popular, Netflix‘s new production, Too Hot To Handle Season 3, released its first-ever episode on 19th January 2022. Alluring myriads of fans and followers from its previous seasons, this new season quintessentially has a separate fan base, along with the high anticipations from the spectators.

Typically, this American show is about a group of singles visiting paradise to meet people, and eventually, fall in love.

Presently, only the first episode has been released so far, and thus, we are yet to see if the show will actually outweigh our expectations, however, the production team made it one of the hits in the earlier seasons, therefore, it is likely that this season 3 will obviously be a hit.

As seen from the first episode, it can be deduced that the show has exactly ten cast members who are joining in the hope of finding their love. Do you want to find these castmates on Instagram?

Too Hot To Handle Season 3 Cast on Netflix

As confirmed by the officials, the eminent American reality show, Too Hot To Handle, is being a platform or let’s say, has been acting as a wing woman to pair up singles casting on the show, and is determined in having 20 episodes. With ten different casts, the reality show will be teeming with thrill, jealousy, arguments, and unconditional love.

Below, we discuss every Too Hot to Handle Season 3 cast member, along with the links to their respective Instagram accounts.

Born in Kent, England, and currently residing in London, the Too Hot To Handle cast, Beaux Raymond is currently 24. Partying, and traveling are the crucial part of her life, and devoid of enjoyment, she feels that life is quite tedious.

Working as the legal secretary, Raymond has a stable professional life, and her life is filled with an extreme abundance of happiness. Conversely, the void of love is still present and with the belief of filling up the vacant place in her heart, Raymond decided to participate in Too Hot To Handle Season 3.

In the introduction itself, Raymond divulged that she speaks what she wants, not even deeming what the other person will feel about what she uttered. Her exact words were, “My mouth gets me into trouble quite a bit, I can’t hold back what I say. If it’s on my chest, it’s got to come off.”

While almost everyone turns out blindfolded when it comes to seeing a guy with a well-maintained body, Beaux has different thinking.

She believes that even if the guy has all the biceps and abs, she wouldn’t consider even looking at him if his personality is zero. So, will Beaux find someone with a pragmatic personality and aura in the show?

The Australian Native, Georgia Hassarati is originally from Brisbane, Australia, and was born on 5th December 1995. Working as a social media influencer and student midwife, Hassarati has a well-organized life, from her professional field to her personal life.

Having myriads of followers on Instagram, Georgia is up-training her number of supporters. Also, her cast in Netflix’s eminent show, Too Hot to Handle Season 3 acted as a positive catalyst, and just within her presence from the first episode, Hassarati has allured a plethora of people towards her.

Making her appearance in Too Hot to Handle Season 3, Holly Scarfone has not only caught the eyes of spectators but also her fellow contestants. Graduating from the University of Colorado Boulder, presently, Scarfone has involved herself in the modeling field, and thus, works as a social media influencer.

No doubt, her exceptional looks, and beguiling grin have enchanted a majority of people. But the main concern is who will succeed in catching her eyes? While Holly hasn’t divulged the bare minimum and the ideal type, she surely has a type. So, are you excited to see who will end up with Holly?

People have claimed that one of the handsome and charming casts of Too Hot To Handle Season 3, Harry Johnson somewhat resembles the eminent star, Harry Styles.

While comparing and contrasting their photos, it appears that Jonshon somewhat has similar facial features to Harry Styles but he has his own identity and doesn’t need Styles for gaining popularity.

Being the oldest in the show, Johnson is currently 29 and is originally from Middlesbrough, England. Talking about his profession, Harry is a tree surgeon and has a successful career but unfortunately, he is yet to find the one, with whom he could spend his years.

Thus, with the sole purpose of adding love to his life, Johnson is casting on the American reality show.

With the aim of filling the void of love in her life, Izzy decided to take part in the show. While she may be in the show, Izzy is not someone who chases guys, rather, she is the one getting chased. So, the main exciting part is whose chase will Izzy like the most?

Rules are not something that Izzy follows, to that point, it might be daunting for her to keep up with the reality show. While she was a teenager, she used to often attract troubles towards her, and during her years at boarding schools, she used to sneak off with the boys.

Having a strong passion for hockey, Izzy was seen playing hockey at the Glasgow National Hockey Centre.

The 25-year-old, Jaz Holloway is from Virginia, United States, and with the desire of getting her ideal partner, her eyes have turned into hunters and have led her to cast on the prominent American reality show, Too Hot To Handle Season 3.

Being a fashion designer, and entrepreneur, Holloway has made her career at a very young, and she is an aspiring model too. With have many flings, eventually, Holloway decided to stay stable to one particular guy, and thus, ended up participating in the show.

Studying Business Management, Nathan Soan will be dedicated his coming years to business and will be deemed as one of the successful entrepreneurs.

Starting his career in modeling, Nathan Soan began modeling, and presently, the 24-year-old, Too Hot to Handle Season 3’s cast, Soan is a fashion model and is originally from Cape Town, South Africa.

Working with prominent brands such as Nike, ASOSA, Boohoo, Soan has been making his name and fame.

Casting on Too Hot To Handle, Patrick Mullen will definitely win the hearts of all the female contestants as he is used to meeting women.

To be specific, the 29-year-old, Patrick has had been offering dream nights to women under the stars in Hawaii. To that point, Mullen is teeming with the qualities and knows how to treat a woman.

Having intense love for the outdoors, Patrick is an out-going person and prefers playing guitars too. However, by profession, Mullen is a model and actor, born and raised in Hawaii.

Coming to the headlines for being one of the casts in Too Hot To Handle, Stevan Ditter was born on 26th May 1995, and is originally from Los Angeles, California.

Working as a model, Stevan Ditter has been acquiring wide recognition from the public, however, this is the first time, Stevan is casting on a reality show, and his presence in the show will definitely add more to the show.

His participation in Too Hot To Handle is his way into finding his ideal partner. Do you think, by the end of the show, Stevan will end up finding his partner?

The 23-year-old Netflix alum Truth is originally from Texas, and recently, he has been seen in the popular show, Too Hot To Handle Season 3. Searching for his ideal love partner, Truth made his way to the show, and it is exciting to watch if he will find someone in the show.

Talking about his personal life, he studied criminology under full basketball scholarships. His passion for basketball acted as a benediction, thus, taking full lucrative of the scholarship, Truth made out a career.

Before you leave, meet Olga Bednarska, and Brianna Giscombe.