Harry Johnson from Too Hot to Handle Season 3: Find Him on Instagram! 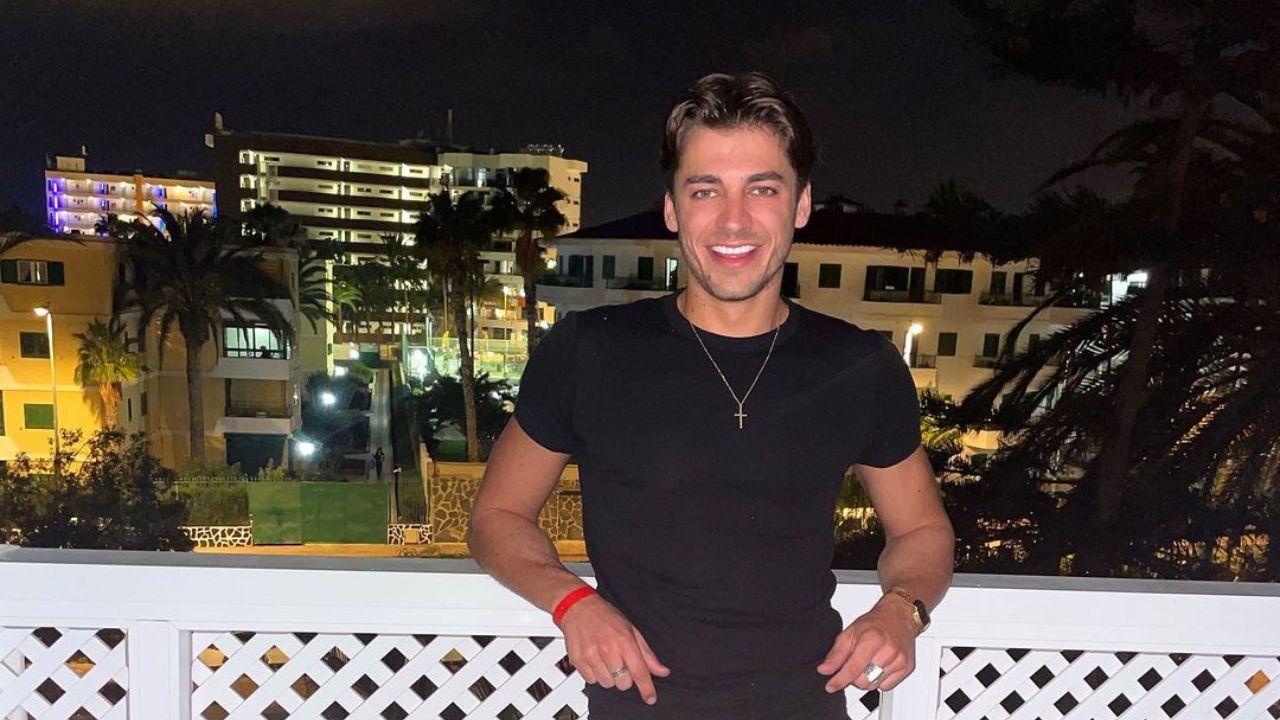 Teeming with exhilaration and thrill, Netflix‘s new drop, Too Hot To Handle Season 3, released its first-ever episode on 19th January 2022, with a hot list of cast. Typically, it is an American reality show acting as a cupid, or let’s say wingman, in helping the nine casts in searching for their loved one.

With the sole purpose of finding their love life, casts decided to participate, however, the production team astounded everyone, making it official that the winner will be holding $100,000.

While the final episode has been officially publicized, the desperation and the curiosity among the viewers have no limit. Getting to see nine different faces in the reality show, the viewers are admiring each and every one.

Stuck in between people’s arguments regarding his resemblance to Harry Styles, Harry Johnson is probably tired of the same tedious compliments.

Casting on the reality dating show, Too Hot To Handle Season 3, brought the cycle again, and presently, he often gets to hear about his facial features being similar to Styles. An avid traveler, traveling to different parts of the world, Harry’s Instagram feed is filled with myriads of countries.

Professionally, he is a tree surgeon, and people often misinterpret his profession for being a doctor, however, he makes money from pruning, fertilizing, and planting new trees.

Clearing out everyone’s dilemma on his job, Harry laughingly told, “Yes I chop trees for a living. When I say I’m a tree surgeon they think it’s related to being a brain surgeon.”

Apart from spending quality time with trees, Johnson is highly active in modeling, too. From being a tree surgeon to being a celebrity, Harry Johnson’s cast in Too Hot To Handle Season 3, acted as a positive catalyst in enhancing his fame.

With the dramatic up-train in his Instagram followers to people talking about him on all social media platforms, Harry allured myriads of people.

Not until people heard the news of Harry being extremely violent and disrespectful towards the flight attendants. Along with Beaux and Matthew, Harry Johnson adhered to his denial of putting on a mask during the flight.

When the flight attendant requested them, these people couldn’t confine their rage, and instead of following the rules, they swore at the attendant, leaving them with the repercussions, of paying a fine of € 2000.

Too Hot To Handle Season 3 is into rules, and upon the breaking of rules, for instance, an act of kissing or involvement of any sexual activities, consequently leads to dropping the euros of the winning prize.

Just before the entry into the show, Harry Johnson couldn’t even follow the basic rules, so do you think, he maintained the etiquette through the show?

Are Harry Johnson and Beaux Raymond Still Together?

Earlier, seeing Harry Johnson and Beaux Raymond together in flight, kissing each other, people took their kiss seriously and came to the conclusion that they were probably dating.

Surprising everyone and confirming people’s assumptions, Harry Johson and Beaux were deeply in love with each other.

Moreover, their love took them too high that Harry and Beaux were declared the winner of Too Hot to Handle Season 3.

Just after the release of the final episode of the American reality show, both Harry and Beaux are equally gaining more recognition than ever.

As Too Hot To Handle has myriads of fans, the winners do receive wider exposure from the public.