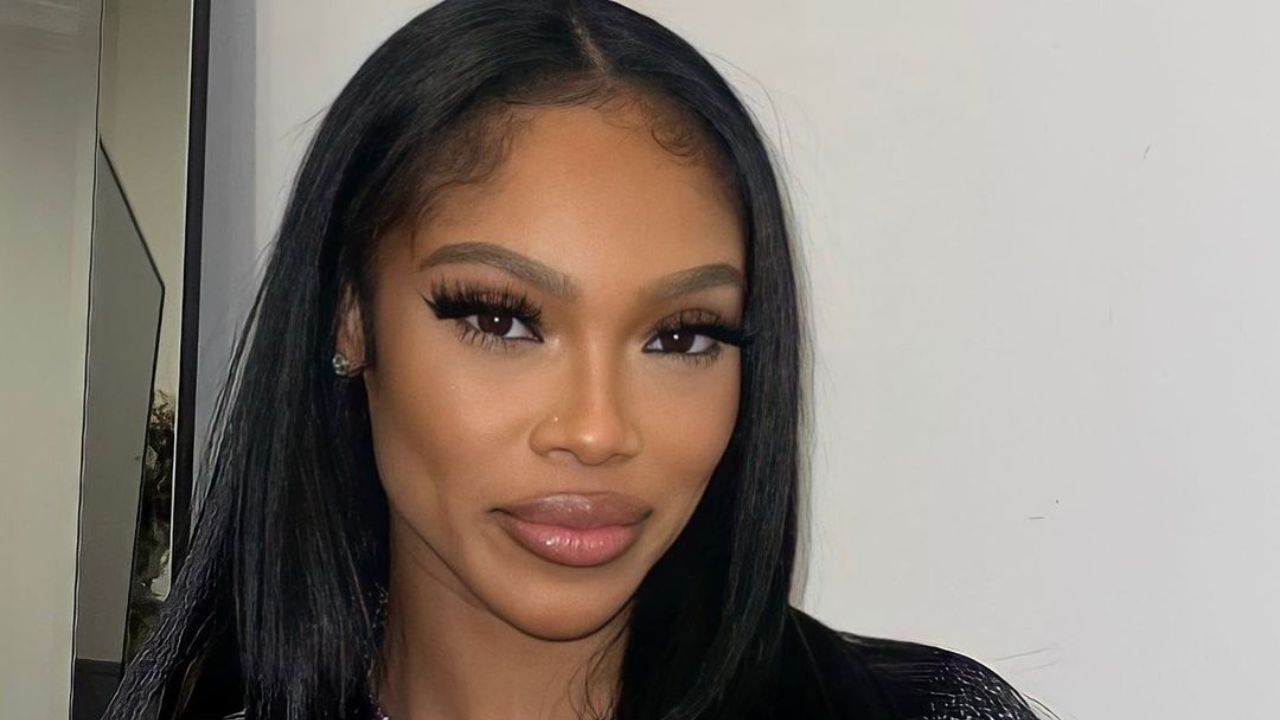 Brianna Giscombe is one of the hottest cast on Too Hot to Handle Season 3, causing chaos right after she enters the Netflix set in Episode 6. Currently, 26 years of age, Brianna from Too Hot to Handle Season 3 celebrates her birthday on 1st October (zodiac sign: Libra). Belonging to Afro-American ethnicity, she stands at a height of 5 feet 6 inches. Find Brianna Giscombe on Instagram.

The third season of Too Hot to Handle premiered on January 19, 2022. Netflix acquired the season in January 2021, and it was shot on the Turks and Caicos Islands shortly after season 2 ended, during the COVID-19 pandemic.

The seductive reality program is back with a brand new cast of singles and a $200,000 grand prize. Obviously, if the players want to take home a significant portion of the prize money, they must overcome all of their sexual cravings, which have shown to be tough in the past.

Brianna Giscombe was a pleasant surprise in Season 3 of Too Hot to Handle, in which a group of contestants is put to the test by their ability to resist temptations that involve kissing as well as everything else.

Brianna (@bri.giscombe) wasn’t there right at the start, and she arrived on the island after the first ten starts. By going on a date with Nathan, she caused a minor snafu in Holly and Nathan’s relationship.

Who is Brianna Giscombe on Too Hot to Handle Season 3?

Brianna Giscombe is a cast member on Too Hot to Handle who is based in Connecticut, the Bay Area, and Los Angeles. In addition to working as a beautician, she has a YouTube and TikTok account.

Her sole and only YouTube video, which has over 1K views, is a gentle neutral eye make-up look. Brianna appeared in Season 3 Episode 6 of the Netflix show, and she wasn’t afraid to mix things up.

Brianna, 26, is the owner of Embellish Me By Bri and works in the beauty and cosmetics industry. The professional make-up artist, esthetician, and lash technician has created looks for Sheryl Grant, a host and mentor, and Brianna Ashley, a fitness coach.

In 2019, the star of Too Hot to Handle hosted the podcast Tapped In With IAMSU! She worked as a cosmetics manager for Tom Ford Beauty in California from November 2019 to April 2020, however, her career was jeopardized due to Covid-19.

The Netflix star has worked as a cocktail waiter at Temple Nightclub and a MAC Cosmetics sales representative. She previously worked with Charlotte Tilbury Beauty in a similar capacity. She can now add the title of reality TV personality to her resume after appearing on the latest season of Too Hot To Handle.

Why was Holly S0 Worried After Brianna Joined the Set of Too Hot to Handle Season 3?

Brianna Giscombe wasted no time in getting down to business, and it was a delight to have her on the show. The girls couldn’t get enough of her body; the first thing they said when she arrived on the island was, “She looks too fit!“

Her energy drew the attention of both males and girls. Holly (@hollyscarfone), on the other hand, was more concerned since she had a competitor just as she was about to start anything significant with Nathan (@nathsoan).

Brianna likes exceptionally tall guys with attractive faces and nice smiles, as she stated on the show, and Nathan fit that category wonderfully.

Brianna was all set to come in and date Nathan, who was exactly her type. She did, however, fall in love with Obi Nnadi (@obi_blvd), who she thought had a distinct personality from the other men.

Despite having a one-on-one conversation in which Brianna expressed interest in getting to know Obi better since they’re both hot individuals, she chose Nathan for a date the next morning.

Obi and Brianna grew closer as a result of the incident, with her claiming that it taught her not to be afraid to express her affection.