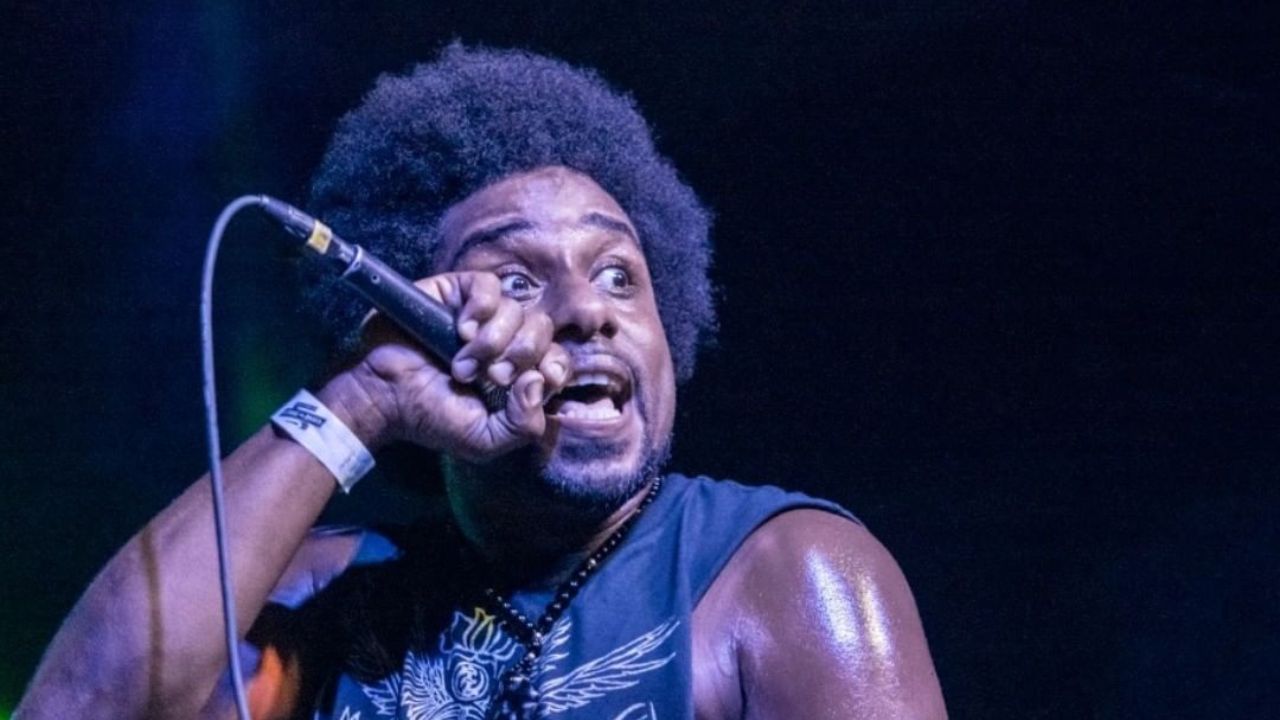 Reggie Devore, the Blacklight rapper, from Queer Eye season 6 is into hip hop music. Hence, DJ Reggie Devore is popular on Instagram. Reggie from Queer Eye is married to his wife Sasha Devore since 2007. His net worth is estimated at $250,000.

Having five cast members: Jonathan, Tan, Karamo, Bobby, and Antoni, the show has exactly ten episodes, and all those episodes were released on the same day itself. Basically, this American reality show is a reboot of Bravo’s eponymous series, having a group of new fab five.

The five casts claim themselves as fab five, and in the sixth season of Queer Eye, these people literally fulfilled the anticipation of the viewers, and undoubtedly, caught everyone’s heed.

Apart from the castmates, we got to see, Reggie Devore, eminently known as Blacklight rapper, on the show. So, do you want to know more about Reggie?

Previously, we touched on Josh Eilers, Dr. Jereka Thomas-Hockaday, Todd Maddox, Terri White, and Angel Flores. Likewise, we discussed a potential Season 7. In addition, find out how to nominate someone and whether the guys are friends in real life.

Coming from Austin, Texas, the famous DJ and rapper, Reggie Devore is prominent with his stage name, Blacklight rapper.

Having several daunting moments and obstacles, Reggie from Queer Eye has taken every stern initiative for the betterment of his professional life. He is passionate when it comes to music, and thus, changing his passion to a wholesome career has brought fame and stardom to him.

Conversely, the Blacklight Rapper isn’t just confined to writing hip hop music, rather, Devore is an audio engineer and producer as well.

Among his several songs and raps, GetUp has succeeded in being one of the popular songs on Spotify, and this may seem to be a simple thing but for Reggie Devore, this is evidence of his hard work and dedication.

In addition, Devore has played commercials and music videos for Oneplus as well. While the rapper, Reggie had fans and followers, his appearance in Queer Eye Season 6 acted as a benediction, and, has inclined his supporters as well as his Instagram followers.

Looking absolutely jocund and jolly, people might have assumed that the Blacklight rapper, Reggie Devore tends to have a perfect life but unfortunately this assumption is totally erroneous.

While Reggie has everything: from family to his career, he somehow felt vacant and wasn’t satisfied with his life. His family is his biggest achievement and thus, his support system, his wife, Sasha, and his son, little Reggie were downhearted with Devore’s situation.

In the Netflix show, the fab five were generous and comforting towards Reggie. Tan, one of the fashion experts in Queer Eye, developed a signature look for the rapper in the hope of making him feel like an artist; Antoni, the wine and food expert gave a cooking class to Devore and his son, on how to roast a fillet mignon.

More than anything, the show couldn’t get more emotional when Bobby gave a home, with an updated studio to Reggie, with the purpose of developing the urge to make more music.

Assuming his age to be over 35, the Blacklight rapper, Reggie Devore currently resides in Austin, Texas.

The prominent rapper, Reggie is a married man and entered the conjugal life with his wife, Sasha Devore on 9th February 2007.

Sasha and Reggie are parents to their child and although it’s been too long of their togetherness, the pair have been a support system to each other for this long journey.

Reggie Devore’s wife worked at Austin ISD, but for now, helping out her husband, Sasha works as a booking manager.

Subsequently, summing up Reggie Devore’s net worth and total assets, it has been estimated that the Blacklight rapper is worth around $250,000.