Dr. Jereka Thomas-Hockaday from Queer Eye Season 6: Find Out What Kind of Doctor She Is! 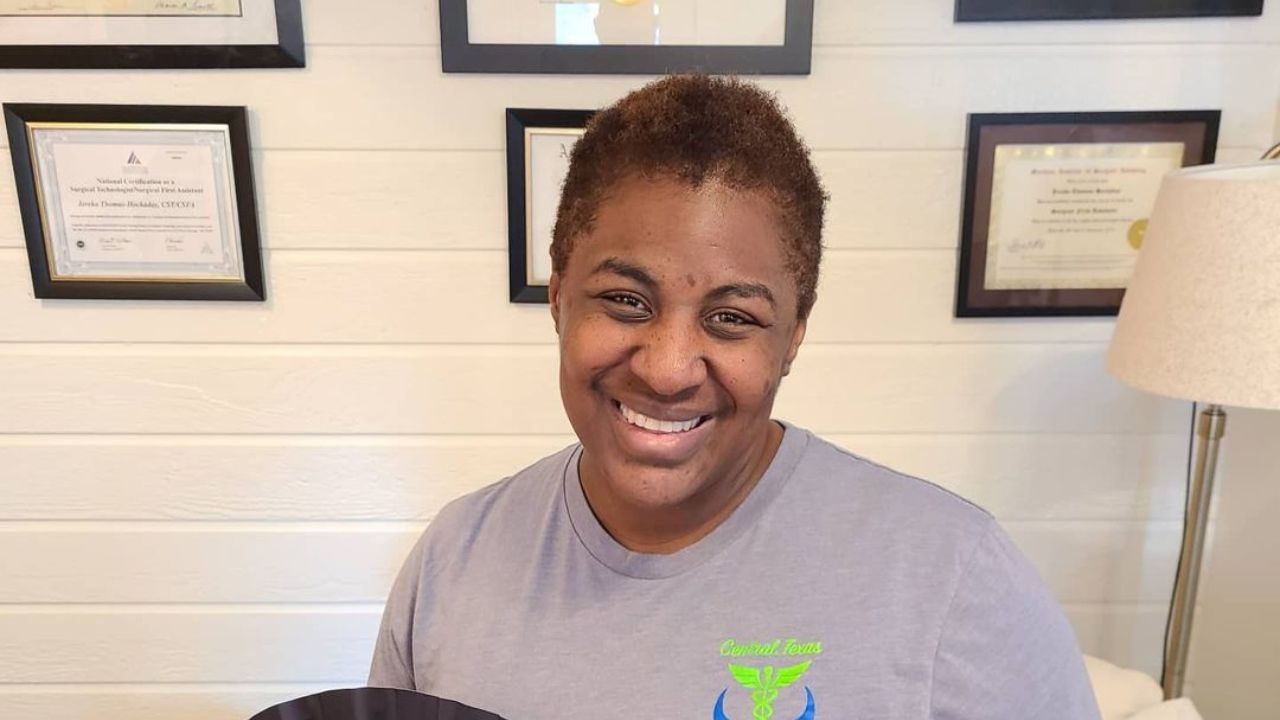 Dr. Jereka Thomas-Hockaday EDd. who transferred from a community college to Capelle University is the co-founder of Central Texas Allied Health Insitute. Seeing Dr. Jereka in Queer Eye Season 6 grounded her with questions on her husband Ben’s deafness and speech impairment. Also, people are curious to know what kind of doctor is Dr. Jereka Thomas-Hockaday in Austin, Texas. In addition, find details of her school, degree, education & Instagram.

Netflix’s one of the exhilarating shows, Queer Eye Season 6 definitely added flavors to the end of 2021, and releasing all the ten episodes on New Year’s Eve, undoubtedly, the show succeeded in winning the hearts of myriads of people.

With the end of season 5, fans had been waiting too long for the 6th season, conversely, COVID-19 didn’t favor the situation, and people literally had to wait for a year.

Although the fans had to upgrade their patience level, the wait for worth it; the show fulfilled everyone’s anticipation and thus, ended with a bang. Typically, the show is a strong representation of the LGBTQI community as the five casts, who are mainly known as fab fives are part of this community.

These casts brought new heroes in every new episode and among the ten people, Dr. Jereka Thomas-Hockaday is one of them. Do you want to know more about her?

Previously, we touched on Josh Eilers, Todd Maddox, Reggie Devore, Terri White, and Angel Flores. Likewise, we discussed a potential Season 7. In addition, find out how to nominate someone and whether the guys are friends in real life.

Commencing her career as a Certified Nurse’s Assistant at St. James House of Baytown from 1999-2002, the 40-year-old American woman, Dr. Jereka Thomas-Hockaday EDd. has walked a long path, and now, she is the co-founder of Central Texas Allied Health Institute in Austin, Texas.

Getting crestfallen, and confronting each and every obstacle, the universe just didn’t randomly gift her success, rather her dedication and persistence paid her back.

Having a look at both her professional and personal life, it seems that Dr. Jereka is perfectly schlepping her schedule. However, only she knows how hard it has been for her to make life equanimous.

Being blessed with a supportive husband and family, Thomas-Hockaday’s struggle was lucid, and thus, her husband, Ben, and her business partner, Todd nominated her to Queer Eye Season 6.

Her presence in Queer Eye Season 6 was fruitful to not only her but the viewers as well. Spending quality time at work, and not being concerned about self-care, the Netflix alum made her way in meeting the fab fives: Jonathan, Tan, Bobby, Antoni, and Karamo.

Upon meeting the casts in Queer Eye Season 6, Dr. Jereka divulged how she struggled in the kitchen as she wants a healthy diet but despises its taste. The food and wine expert, Antoni aided her and brought a recipe that completely matched her expectation.

From her hair to body size, the American woman Dr. Jereka is quite insecure. She is convinced that fashion doesn’t belong to her just because she is a plus size. Also, from the age of 24, Thomas-Hockaday commenced covering up her hair once she started losing a lot of hair.

When she made her presence in Queer Eye Season 6, she still held a wig on her head but upon talking to the fashion expert, Tan, and Jonathan, they inculcated positive beliefs in her. Also, Tan made a captivating outfit to remind her that fashion is for everyone, and one shouldn’t get upset about how they appear.

Residing in Manchaca, Texas with her husband Ben and her son, Dr. Jereka lives with immense love and affection. She entered the conjugal life with her husband in the year 2009, and since then, Ben and Jereka have been sharing the strongest bonding, and have been by each other’s side through every thick and thin.

Also, a scandal had been grounding her regarding her husband’s deafness and speech impairment. Conversely, nothing can be said on this matter as she has disclosed it yet.

Talking about her professional life, no doubt, the 40-year-old doctor, Jereka transferred from Austin Community college to Capella University in 2008 and gained a degree in Doctor of Education.