Queer Eye Season 6: Where are They Now? 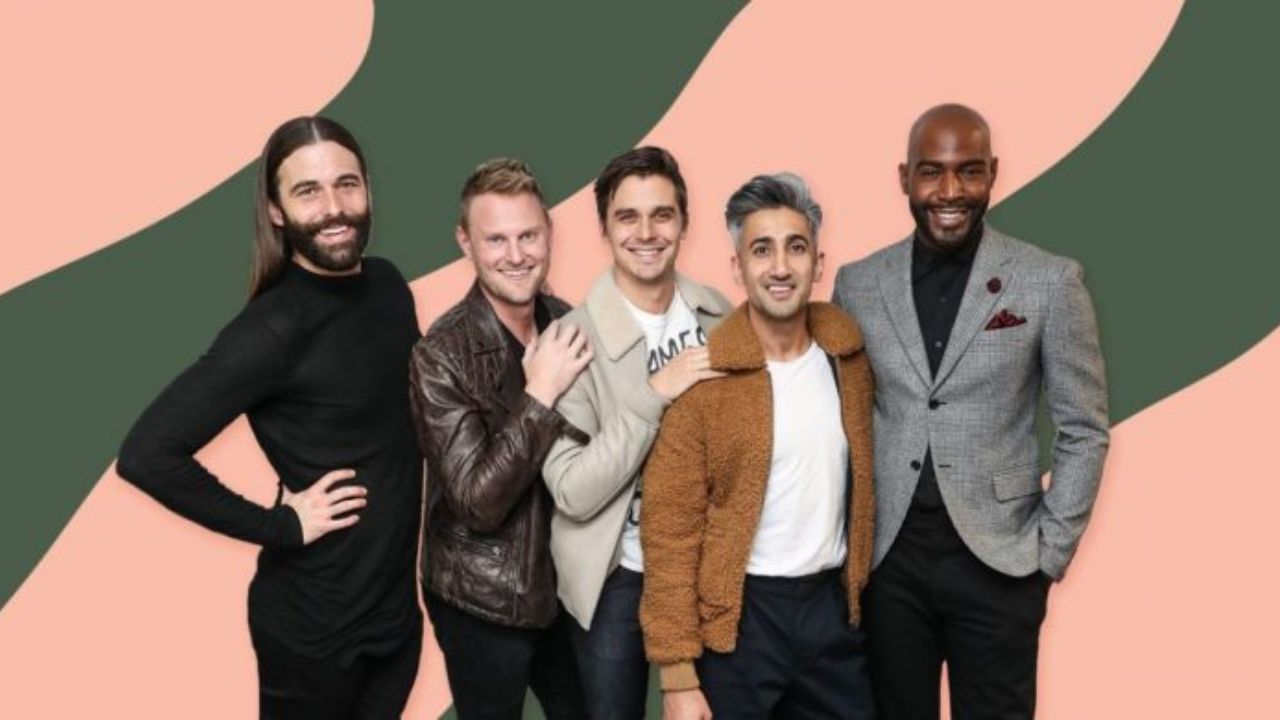 Netflix's Queer Eye Season 6 was definitely worth watching as we got to see the five cast members with the Omg Squee owner, Sarah Lim, and helped her out to re-open her business. However, do you know about the casts? Where are they now?

Netflix's pre-eminent reality show, Queer Eye, has exactly six seasons, with an amazing cast, and the latest, season 6 was publicized on 31st December 2021.

Releasing all the ten episodes on New Year's Eve, the show succeeded in catching everyone's eyes, and thus, it is deemed as one of the extraordinary reality shows.

Typically, Queer Eye is all about the LQBTQI community and elucidates a strong representation of the community as the five casts in the show, are part of the LGBTQI.

While the show became one of the hits, currently, the five castmates, who are proclaimed as fab fives, are busy in their own lives.

Although the cast spends quality time on their show, they all have separate professional fields, and therefore, presently, they have parted their ways. So, do you know where are they now?

Previously, we touched on Josh Eilers, Reggie Devore, Dr. Jereka Thomas-Hockaday, and Todd Maddox. In addition, find out how to nominate someone. Likewise, we discussed a potential Season 7 and whether the guys are friends in real life.

Queer Eye Season 6 Cast: Where are They Now?

Jonathan, Tan, Antoni, Karamo, and Bobby are the fab fives who have been running Queer Eye Season 6. Not only did they run the sixth season, but also the earlier seasons as well.

While we have been seeing these casts together in the show, it might be astounding to know these people part their ways once they are done with the shoot.

Conversely, spending quality time in the shoot and making of Queer Eye season 6, the fab fives enjoyed their together moments.

Being a hairdresser and actor, it can be assumed that Jonathan Van Ness probably has been involved in his hair salon and acting career.

Likewise, the other cast, Karamo Brown is the founder of his podcast company named, Karamopodcast, and is the co-founder of a skincare company, Matl. Thus, no doubt, he has been utilizing every second in these fields.

On the other hand, the entrepreneur, Bobby Berk is busy selling his hats products and making a hefty net worth. Furthermore, Tan France, a proud gay man, is into the fashion industry and as the American reality show, Queer Eye has come to an end, France is busy exploring the fashion sector.

Although these people have separate ways, and differences, the similarity of them, casting on Queer Eye brought closure, and thus, they are best friends. Moreover, the fab fives have been very kind to people and tried their best to aid them.

Sarah Lim, the owner of OMG Sqee, was tired of the consequences that COVID-19 had implied on her business, however, when she met the fab fives in Queer Eye Season 6, the casts talked to her, and influenced her to not give up easily, and hence, Sarah re-opened Omg Squee, and has been putting her heart and soul into it.

You can also learn more about Angel Flores and Terri White!

Will There Be Another Season of Queer Eye?

Bringing more than one season in the same year, Queer Eye never fails to meet the anticipation of its audience. This time, season 6 was adversely influenced by COVID-19, and thus, it took a year for its release.

Conversely, talking about another season, Queer Eye is likely to come up with a new season anytime. Although Netflix hasn't revealed if the show will have the seventh season, we assume that it wouldn't want to take a risk of losing viewers and the profit.

But for now, nothing can be said on this matter until the production team officially announces. Subsequently, we will be seeing the same faces in the new season as well.

ADVERTISEMENT
How Did the FLDS Make Money? Is It Still Alive? More Facts About the Church! Read More