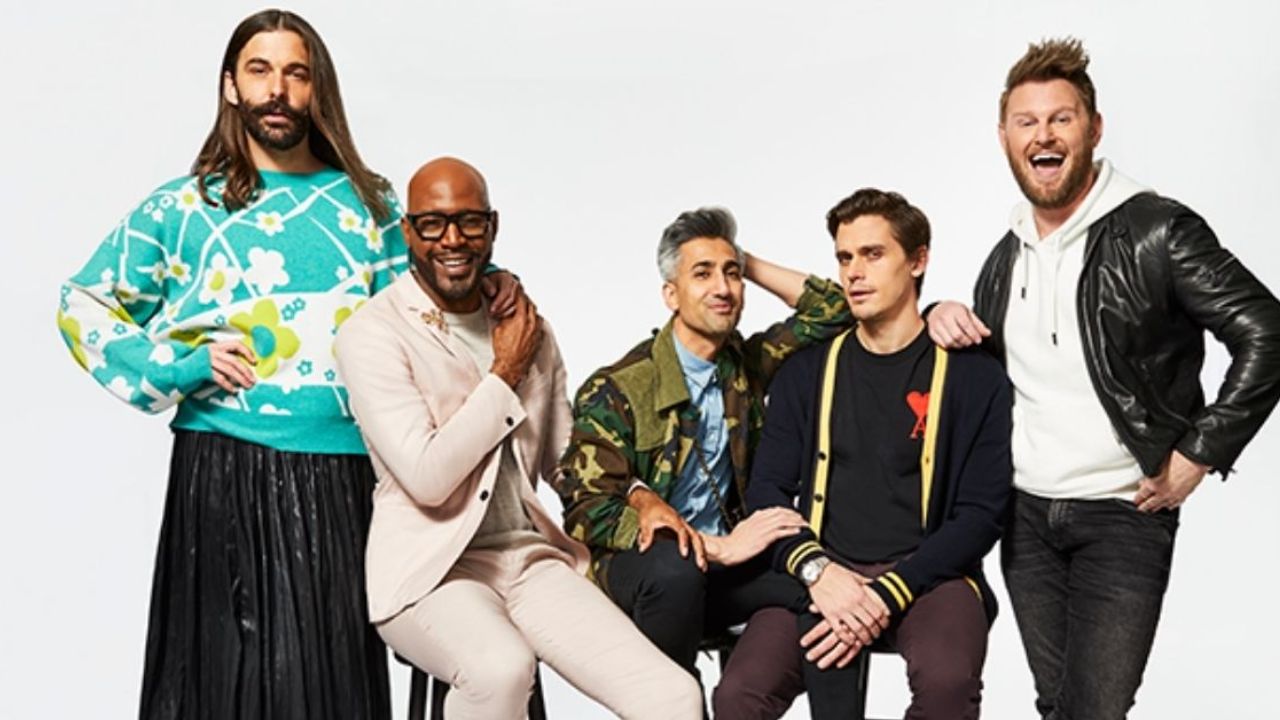 Netflix‘s one of the hits, Queer Eye, will be premiering Season 6 on 31st December 2021. Typically, Queer Eye is an American reality show (currently set in Austin, Texas) that is best known for its strong representation of the LGBTQI community.

Catching the attention of the public since its first season, the upcoming season is the most anticipated one, with the addition of a certain Josh Eilers.

Initiating the show, the first-ever season was released on 7th February 2018, and since then, the show is coming up with a new season every now and then.

After a year, Netflix is bringing the sixth season to the show. Are you excited for Queer Eye Season 6? Let’s meet the cast members.

Previously, we touched on trans powerlifter Angel Flores, Reggie Devore, Dr. Jereka Thomas-Hockaday, and Terri White. Likewise, we discussed a potential Season 7. In addition, find out how to nominate someone and whether the guys are friends in real life.

Releasing the sixth season on 31st December, Netflix has confirmed that the show will have exactly ten episodes, and all of those episodes will be made official to the public on 31st December itself.

The show is directly linked to the LGBTQI community and therefore, all the five castmates who are mainly known as, fab five, are part of this community.

The five cast members of Queer Eye season 6 are Jonathan Van Ness, Karamo Brown, Tan France, Antoni Porowski, and Bobby Berk. Let’s get to know more about each of these five casts.

Casting on Queer Eye, Jonathon Van Ness has undoubtedly risen to prominence. He is usually known as JVN, maybe because he seems to have a long name, and therefore, his friends and family abbreviated it.

Professionally, Van Ness is an American hairdresser, podcast host activist, actor, author, and Television personality. Involving himself in these myriads of fields, Jonathan seems to be a hard-working person, filled with dedication and diligence.

The cast has come out of the closet and identifies himself as non-binary (an umbrella term for someone who neither identifies as male nor female).

Presently, he goes by the pronoun he/him, conversely, earlier, he used she/her and they/them. Pronouns might seem to look like a simple thing but it holds power in identifying a person, therefore, one should always ask for pronouns before assuming himself/herself.

While it might look like Jonathan has a perfect life teeming with bliss, however, the cast is HIV positive and is struggling with his life. Nonetheless, he hasn’t given up and has been thriving his best for living a normal usual life.

Van Ness is a married man and lives with his partner, Mark Peacock. Moreover, he is loved by thousands of people and has numerous followers on his Instagram account.

Adding his own flavor to the show, Karamo Brown is one of the five cast members on Queer Eye Season 6. Brown is an American Television host, reality TV personality, author, actor, and activist.

His strong intent of activism regarding the LQBTQI community has brought him to the reality show, so the sixth season of the show will definitely be worth watching.

Talking about Karamo’s career, he commenced gaining recognition from the 2004 MTV Reality Show, The Real World: Philadelphia. Since then, the cast has been up-training his number of Instagram followers.

Also, Karamo is the host of KaramoAPodcast, and moreover, he is the co-founder of a skincare company, MANTL. In addition, Brown had published a memoir named Karamo: My Story of Embracing Purpose, Healing and Hope.

Getting more exposure from the public, Brown had got the beautiful opportunity to make his presence in Taylor Swift’s music video, You Need to Calm Down.

Brown is openly gay, and not only is he part of the LGBTQI community, but he is also a strong ally too. Therefore, Brown is against all the homophobic, transphobic people and can not tolerate their presence.

Being one of the cast members in Queer Eye Season 6, Tan France is the resident fashion extraordinaire. France has involved himself in the fashion industry and the British-American guy, Tan is a fashion designer.

In addition, adding lucrative to his career, Tan works as the host in an eminent web series Dressingle Funny and co-hosts the show, Next in Fashion. In the year 2019, the fashion designer, France released his first-ever memoir, Naturally Tan.

Being a Muslim man, Tan struggled a reveal his sexuality, conversely, with time, Tan is a proud gay man, and his willingness of disclosing his sexuality has given hope to those Muslim people who fear coming out of the closet just because their religion tags it wrong.

The Polish-Canadian reality star, Antoni Porowski is one of the cast members in the eminent reality show, Queer Eye Season 6.

Having a low-key personality, not much is known is about his career, subsequently, it has been disclosed that he is a chef, and sells his recipes too. Therefore, Porowski is the food and wine exceptional on the show and makes the best dishes for his fellow casts.

Looking at his Instagram bio, it can be inferred that Antoni is a dog-lover, and has even petted one.

Completing the fab five, Bobby Berk is one of the personalities casting on Queer Eye Season 6. He is an American interior designer, Television reality star, and author.

Moreover, Berk is an entrepreneur as well, as his Instagram account provides evidence of him being involved in hat products. Also, the cast has its own company for interior designing and furniture.