Are the Queer Eye Guys Actually Friends in Real Life? Do They Genuinely Get Along? 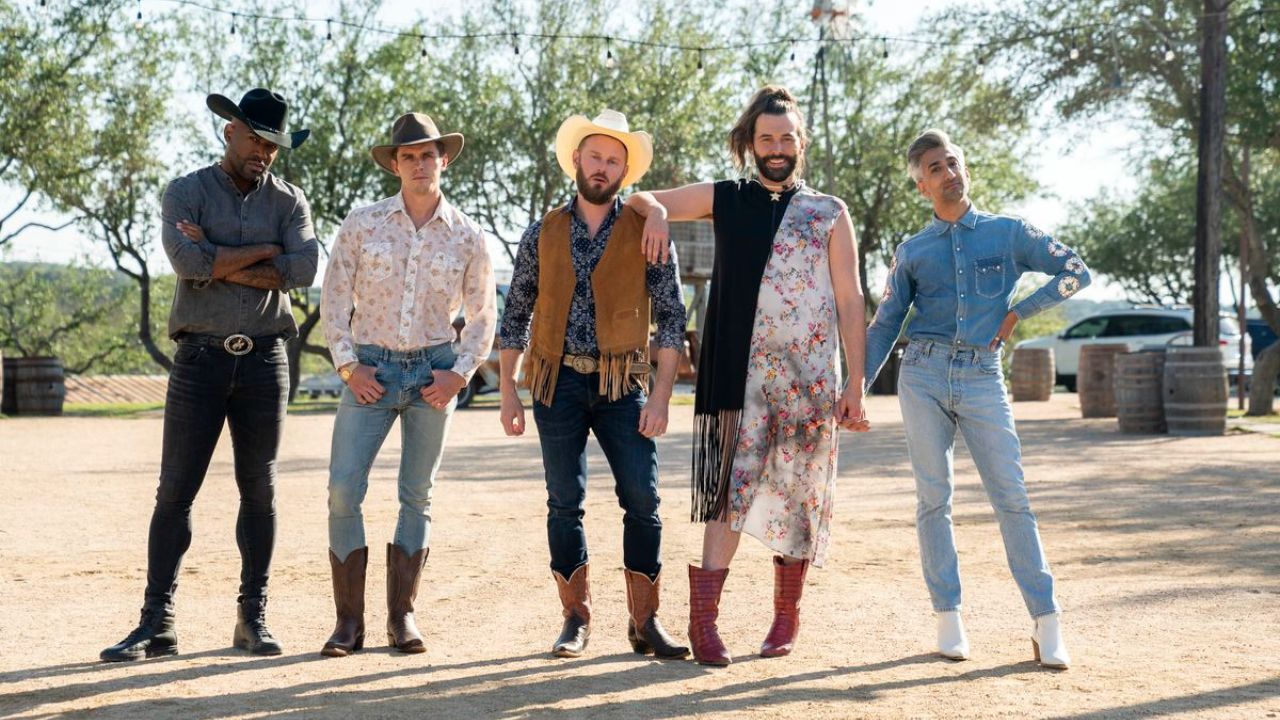 Having five casts: Jonathan, Tan, Antoni, Bobby, and Karamo, Queer Eye Season 6 caught everyone's heed. Seeing these five casts on the set, it appears that they have been friends for a long time. Are the casts of Queer Eye actual friends or are they just faking it for the show? To put it bluntly, the guys do get along. However, fans want to know which two Queer Eye guys hate each other, and some wonder if the rest of the guys genuinely like or love Bobby.

Spicing up everyone's New Year's Eve, Queer Eye Season 6 released its 10 episodes on 31st December 2021. Basically, the show is the reboot of Bravo's series with the reformation of having new fab fives.

The five casts of the show: Jonathan, Tan, Karamo, Antoni, and Bobby are proclaimed as fab fives, and this American reality show is a strong representation of the LGBTQI community.

While seeing these five people in the show, it appears that they have a comfort zone within themselves and are amiable among each other.

Casting together and spending quality time in the shoot, we can assume that they probably developed a sense of understanding and togetherness among themselves but are they actually that close outside Queer Eye as well?

Previously, we touched on Josh Eilers, Dr. Jereka Thomas-Hockaday, Todd Maddox, Reggie Devore, Terri White, and Angel Flores. Likewise, we discussed a potential Season 7. In addition, find out how to nominate someone.

Queer Eye: Are the Guys Actually Friends in Real Life?

Although there isn't a particular alternative to know if the Queer Eye casts are friends in real life, looking at their episodes and interview, we can definitely draw a conclusion.

In one of the interviews with Glamour, Tan France told, “I am very close with Jonathan. He enriches my life. Sometimes he ruins my life when he calls me 70 times a day. Kidding. But he does call me around five or six times a day. That’s no joke. He just calls to say he misses me and I love that. We often do shower time together on FaceTime. It sounds [weird], but it’s not!”

These lines are evidence of how close they are even behind the camera.

In addition, in Tan France's memoir, he wrote about the first impression he had about his fellow cast members. France found Antoni handsome but he wasn't France's typical type and therefore, France divulged that he could never see him being friends with Antoni.

Now that, people talk about his memoir, Tan disclosed that in spite of not being able to imagine his friendship with Antoni, presently, they share a strong friendship not only in the shoot but in the reality as well.

Just at the first meet, the casts went along too quickly and commenced hanging out too often. Stalking their Instagram account, lucidly, we get to see that the fab fives gather even when it's not about the shoot and Queer Eye. Therefore, these five people are definitely close friends even outside the show.

Will There be Queer Eye Season 7?

Despite not having any official announcement from Netflix as well as the casts, Queer Eye Season 7 is likely to come. As the sixth season ended with a bang, attracting myriads of viewers, Netflix would definitely want more fame and money, and thus, will bring the show for the seventh time.

Seeing the same casts but on a different spot will quintessentially be exhilarating and all the fans are desperate to know the shoot location for the seventh season. Presently, nothing can be said about the release date and the only alternative is to wait for Netflix to officially declare about it.