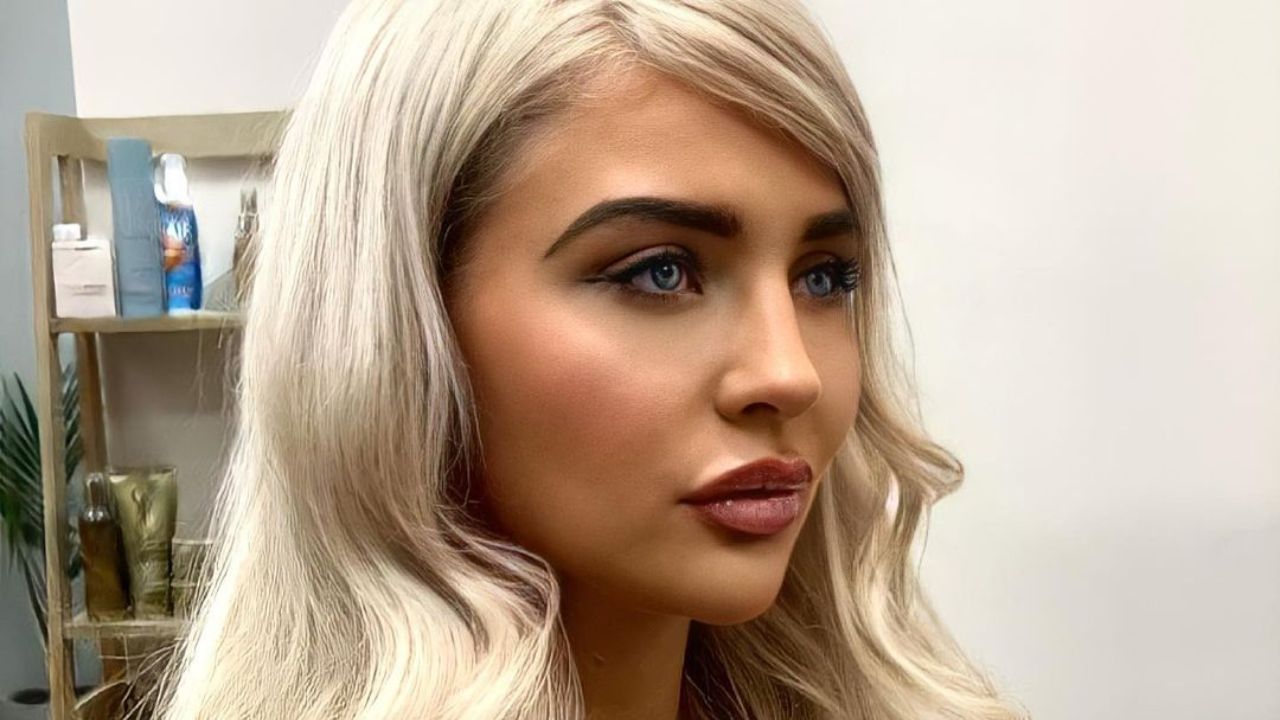 Season 2 of Too Hot To Handle starring Larissa Trownson is in full gear, and the final six episodes are now accessible on Netflix.

The Netflix show follows a group of singles who live in a beautiful villa in Turks and Caicos to get familiar with one another but are not permitted to get intimate.

Larissa Trownson is one of the popular candidates on this new reality series; here’s everything you need to know about her.

Larissa Trownson is one of the cast members on Too Hot to Handle season 2 on Netflix.

Teeth Before and After, Teeth Fixed, Ugly

Fans have been noticing Larissa Trownson from Too Hot to Handle and how her teeth changed, prompting curiosity over before and after pictures of her teeth.

It looks pretty yellow like a smoker’s. Some even claim her teeth to be ugly, which is pretty harsh.

So, did the reality star get her teeth fixed? Not exactly, because it’s the people behind the Netflix series who were editing them every time she smiled in her introduction as well as throughout the episodes.

Larissa from Too Hot to Handle‘s last name is Trownson.

The 28-year-old Larissa Trownson is a lawyer from Auckland, New Zealand.

She studied for five years to fulfill her goal of becoming Elle Woods, the role depicted by Reese Witherspoon in the 2001 film Legally Blonde.

The Too Hot to Handle star always wanted to be an attorney. She graduated with her double degree (LLB/BA) in 2016.

Larissa Trownson is pretty active on Instagram to her 206k followers. Her bio reads, “Lawyer – you can be intellectual & wear a bikini too”.

Larissa Trownson celebrates her birthday on 30th October. She was born in the year 1992, which makes her 28 years old, as of July 2021.

It’s quite obvious fans are not fond of one particular feature of Larissa Trownson from Too Hot to Handle season 2 – her teeth. However, this does not stop there.

Many are curious to witness her changes before and after plastic surgery. Upon close inspection of her pictures from the past, she seems to have had lip fillers and a boob job, at the very least.

On the reality series, Larissa Trownson and Nathan Webb split up, with Larissa leaving midway through the season. Nathan’s had a change of heart when new girl Elle Monae arrived, and she was devastated.

Larissa explained her decision to leave the show, saying, she just woke up one day and the trip felt a little different to her.

Too Hot to Handle Season 2 Reunion

Too Hot To Handle season 2 recently ended, and Netflix has just given fans a reunion special showcasing all of the couples.

Things were intense during the show, and the high-intensity level was not diminished by the reunion. What occurred in the reunion special, though? Find out the details here!

Too Hot to Handle Season 2 Location, Turks and Caicos

Too Hot to Handle Seasons 2 and 3 were shot back-to-back in Turks & Caicos last winter.