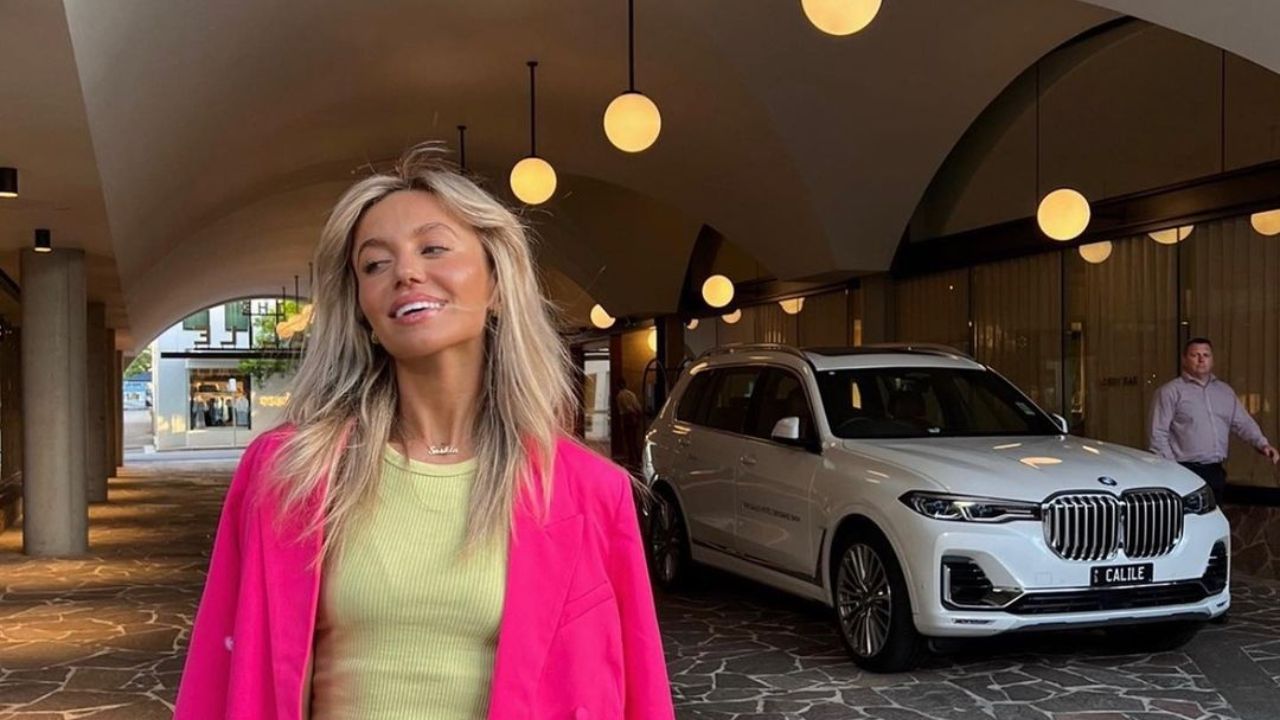 Saskia Wotton from Byron Baes is 26 years old and is quite popular on Instagram. The Netflix alum has been dating Dave “Frimmy” Frim since 2017. Saskia Wotton is the current director of MUMA in Byron Bay and boasts a net worth of $400,000 in 2022. Byron Baes’ fans wonder about Saskia Wotton’s family.

The Australian reality show, Byron Baes has a total of eight episodes which premiered on 9th March 2022 on Netflix. Typically, this Australian show will be featuring the lives of social media influencers who seem to have a perfect luxurious life, and are assumed to live a life filled with vacations, new places, and fashion.

However, that’s not the reality, it’s just a delusion. Those influencers are bound to create a balance between their professional and personal life.

These people spend their time at Byron Bay and enjoy every moment with each other while they try their best in changing their dreams into reality.

Let’s get to know about one of the popular cast members, Saskia Wotton.

A new Australian reality show, Byron Baes is solely dedicated to social media influencers, artists, fashion bloggers, and entrepreneurs who live together at Byron Bay, spending quality time with each other, and showing us how their life actually is.

There are ten cast members in the show, and all of these cast members are quite popular on Instagram, thus, getting to see renowned personalities in a single frame has brought excitement to the audience.

Saskia Wotton, the 26-year-old Australian woman is one of the cast members of Byron Baes. She currently resides in Byron Bay, New South Wales, Australia.  From her LinkedIn profile, it can be deduced that she worked as a National Retailer Manager at Peter McWhirter Agencies for eight long months, starting from June 2016 and ending in January 2017.

Later, Saskia worked as a Senior Brand Manager at Vegas Agencies, and even at this company, Saskia made her resignation and then worked as a Sales Director for Silk Laundry. Moreover, Saskia Wotton has worked as a director for Muma too. Summing up her total assets, and salary, her net worth is estimated to be around $400,000.

Being a popular Instagram celebrity, Saskia Wotton is currently casting on the Australian reality show, Byron Baes, and thus, with her participation, she has been receiving immense exposure from the public. As of today, her Instagram account is burgeoning too, and Saskia seems to be interested in making her feed aesthetic, and her posts are all well-organized.

Talking about her love life, Saskia is dating Frimmy, and they share one of the strongest bindings. During their cast on Byron Baes, both Saskia and Frimmy fought for their friends whenever their close people were dragged to unnecessary drama.

Are Saskia Wotton and Dave Frim Still Together?

Saskia Wotton, a cast member from Byron Baes has been dating Dave Frim since 2017. While it’s been years of their togetherness, they still share the same bond and are still together. Moreover, this power couple is forming their own boutique soon.

Both Saskia and Frimmy’s unconditional love towards each other cannot be explained in words, and they are never tired of flexing each other on their social media platforms.

In 2021, on Frim’s birthday, Saskia Wotton wrote on her Instagram, “You’re one of a kind, my best friend and the most incredible person I’ve ever met”.

Stalking Frim’s Instagram, we can find that most of his Instagram posts are Saskia’s photos, and the captions revolve around and come back to the same three words, “I love you.”