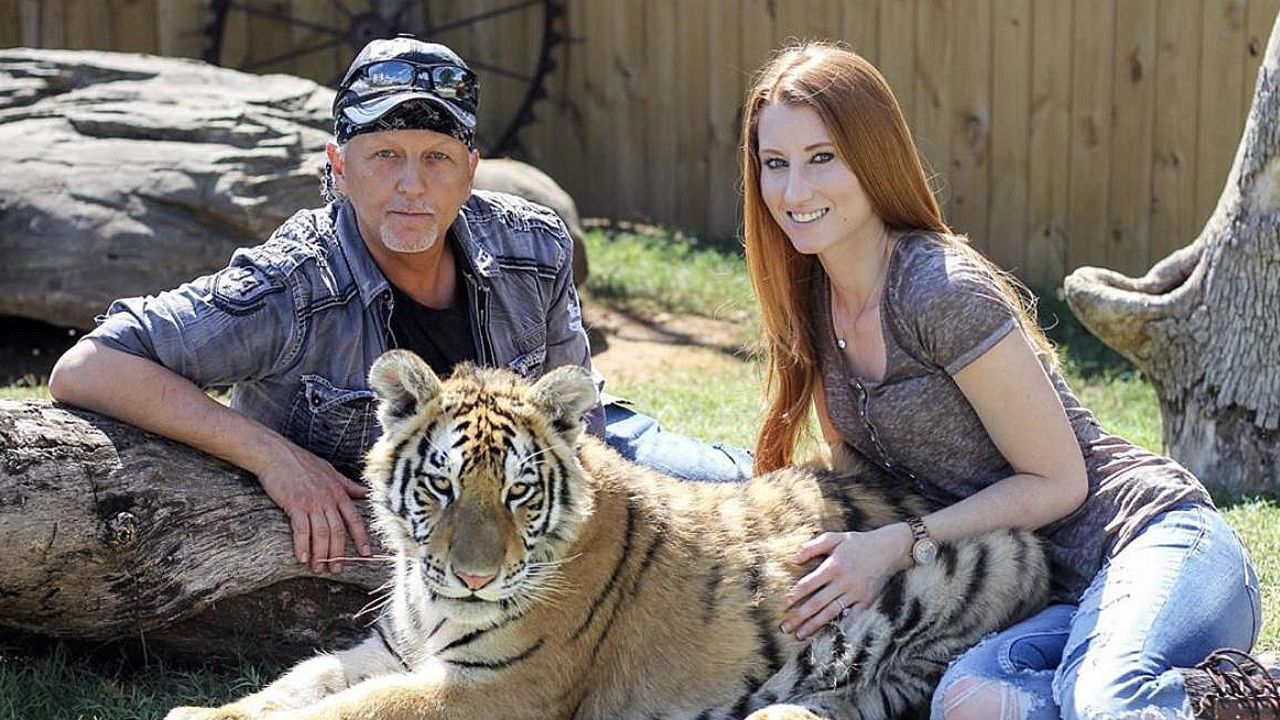 Sarah Nicole from Tiger King Season 2 is an exotic dancer and a family friend of Jeff Lowe and Lauren Lowe. Find out if Sarah Nicole is on Instagram.

Jeff and Lauren Lowe, who formerly owned Joe Exotic‘s renowned G.W. Zoo in Oklahoma, are labeled as ‘predators’ who frequently slept with female staff and customers at the park.

Sarah Nicole recently featured on Netflix‘s Tiger King Season 2, which has piqued the curiosity of viewers, just like Masha Diduk, Doc Antle, Seth Posey, Kelci Saff Saffery, and Ashley Webster did. How is she connected to the Lowe duo? Let’s find out.

Sarah Nicole is a Family Friend of Jeff and Lauren Lowe

In 2020, Tiger King, which recounted Jeff and Lauren Lowe‘s acquisition of the zoo from erstwhile business associate Joe Exotic, catapulted the duo to stardom.

After Jeff deliberately surrendered his United States Department of Agriculture (USDA) exhibitor’s permit, they were obliged to hand up the venue to arch-rival Carole Baskin.

In the new edition of the immensely acclaimed docuseries, which debuted on Netflix this week, we learn how Jeff and his wife would see customers as toys for their pleasure, having established a radio coding scheme to locate attractive ladies at the zoo.

The Lowes also discuss their previous adventures, talking from bed while they relax with a woman named Sarah Nicole, an exquisite dancer and ‘family friend’ who claims the code structure stands for some bait that just strolled into the zoo.

Jeff concurs, while Lauren adds, she’s the one who chooses the cute ones. In the meantime, Sarah Nicole remarks, grinning, Lauren just strolls up and picks who she wants.

Unfortunately, not much else is known about Sarah Nicole for now. She does not appear to be on Instagram either.

Joe Exotic is clearly not a fan of Jeff Lowe and his wife Lauren, and for a good reason.

Taryn Walker, a longtime G.W. Zookeeper, recalls what it was like to work under their rule.

Jeff and Lauren are snakey, they’re very snakey. They almost put a spell on you, you almost get brainwashed.

If you’re not paying attention, we all got so used to working so much for so little, and we were so tired, and they’d get you to kind of roll in with their way of thinking. It took me a while, but I would always notice on the radio repeatedly Code 69.

They would show up from the back of their house. A beautiful woman would be walking in and walk past with Jeff and Lauren looking in, and they would be gone.

Blurred
Reality
About UsPrivacy PolicyTerms of UseDMCAContact
Ethics CodeVerification and Fact-checkingEditorial Policy
Blurred Reality is a leading media and entertainment source as a fast-growing information hub. For promotion or advertisement, please mail us at [email protected]eality.com