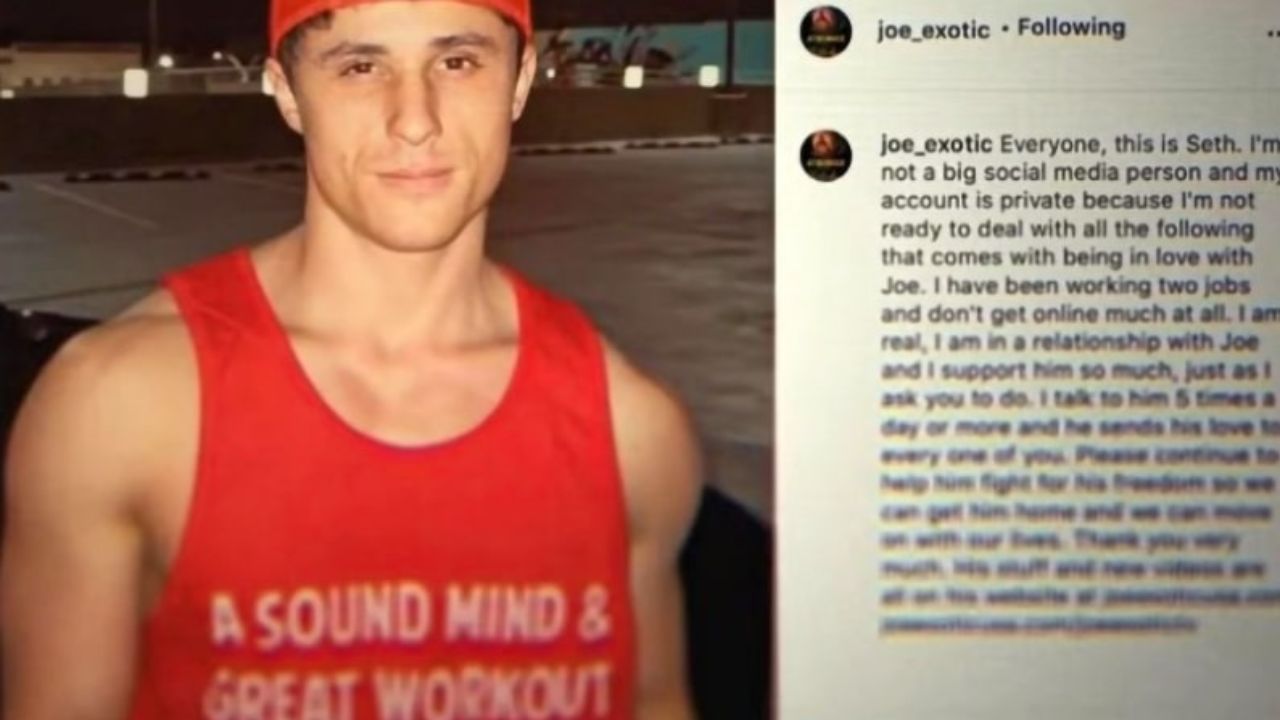 Seth Posey is the new boyfriend of Joe Exotic from Tiger King 2. Where is Seth now? Some fans wonder about Joe Exotic's ex-boyfriend's new teeth.

Joe Exotic's Tiger King Season 2 garnered mixed reactions, with many noting that the narrative could be better if they spent more time in the production room.

Joe gets imprisoned in the second season, and Carole Baskin takes over his infamous zoo. New revelations have surfaced against Jeff Lowe, Tim Stark, and Allen Glover.

Joe Exotic discloses the identity of his new boyfriend, Seth Posey, in the second season of Tiger King. Joe describes his partner in Arkansas as an unbelievably handsome man.

I’ve never met Seth, but we talk 15 times a day, and we have a pretty strong connection.

Seth told followers that he does actually exist and that he is in a loving relationship with Exotic. He also admitted to fully supporting his boyfriend's efforts to have his sentence overturned.

I talk to him 5 times a day or more and he sends his love to every one of you.

However, the new romance's actual strength is still unclear.

Joe Exotic's bond with Seth Posey blossomed following his divorce from Dillon Passage. After staying married for three years, the couple announced their divorce on Instagram in March 2021.

This wasn’t an easy decision to make but Joe and I both understand that this situation isn't fair to either of us.

The Netflix alum, on the other hand, sent a pretty cryptic message following the split. His post includes the following lines:

Dillon thinks having to sleep alone and not have me out there is so rough and hard to deal with to the point he has to leave me. Let me tell you what rough really is, spending every day locked in an 8x12 foot box, tied naked in a chair so long my wrists bleed and you s&&t and p&&s on yourself, and for what?

Joe's former boyfriend initially said the separation was cordial, but then changed his story, claiming the relationship was deceptive, emotionally exhausting, and abusive. Dillon admitted:

I started to feel and realize that I was yet another animal in a cage for Joe to control. I feel so happy now that I’ve finally relieved myself of Joe.

Dillon is presently in a relationship with a man named John.