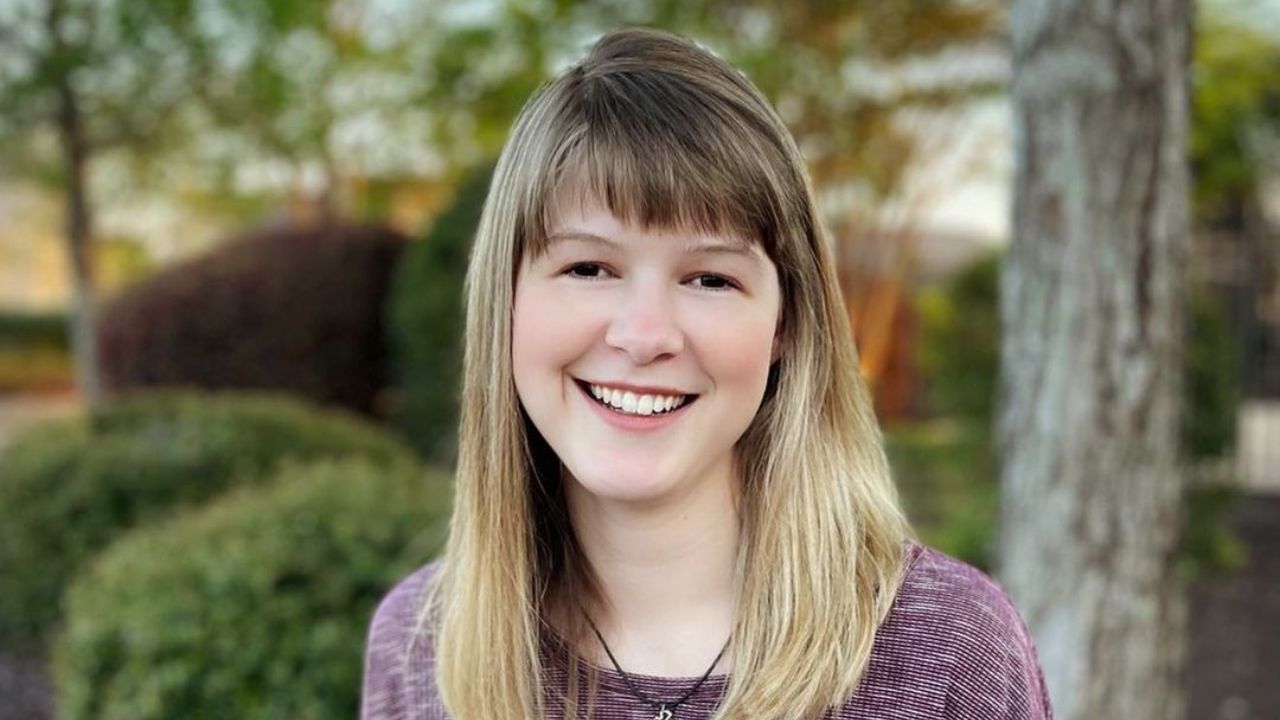 Kaelynn Partlow, one of the cast members of Netflix’s Love on the Spectrum U.S., is an educator who teaches life skills to children on the autistic spectrum. She was involved with Peter Cote at the beginning of the show. However, Peter later decided to not date her. Kaelynn Partlow is single as of 2022 and is a proud parent to her dog, Finnigan. Similarly, her Instagram is full of pictures with her dog, friends, and family, including her mom and sister. Follow the article to know more about Kaelynn Partlow.

Following the success of the Australian series Love on the Spectrum, Netflix launched a US version on May 18, 2022. The reality show follows a group of people on the autism spectrum as they negotiate the complicated world of dating. It mainly addresses the obstacles they experience while also addressing common misconceptions about their lives in order to show that everyone, regardless of how different they are, deserves love and respect.

It’s difficult not to root for all of the characters and hope that at the end of the six-episode season, they’d all found what they were seeking. Kaelynn Partlow, a single lady from South Carolina, met Peter Cote during a speed-dating session on the show.

They had a great time on their first official date and expressed an interest in meeting up again. As a result, viewers are curious to know more about Kaelynn. Well, here is everything we know about Kaelynn Partlow.

Kaelynn Partlow From Love on the Spectrum: Instagram, Profession, Dog!

With her best friend Gracie, Kaelynn Partlow (@kaelynnvp) lives in Greenville, North Carolina. Kaelynn claimed she wanted a boyfriend because she hated living alone, despite the fact that being around people made her feel drained and exhausted.

Kaelynn Partlow’s life on the autism spectrum has been difficult since she has dyslexia, dyscalculia, dysgraphia, ADHD, and other learning disabilities. On the other hand, she has never let her illness prevent her from achieving her goals, and she is even a devoted parent to her dog, Finnigan.

However, Gracie advised Kaelynn not to date Peter Cote if he does not accept her as she is. Interestingly, the two had a great time on their date, where they talked about their worst online dating experiences and even Kaelynn’s bird obsession.

Kaelynn Partlow realized she enjoyed spending time with Peter, who found her to be incredibly beautiful, sweet, and genuine. Peter was also delightful to be around, according to Kaelynn, and they had a genuine connection.

Kaelynn and Peter were looking forward to seeing one other again after an extraordinarily fantastic first date. They were even planning a second date. However, the show revealed that Peter eventually canceled on her. Although the cause for Peter’s decision is unknown, Kaelynn and Peter have not spoken since then.

Kaelynn looks to be continuing her career as an educator, instructing children on the autism spectrum in life skills. She also runs Kaelynn’s Autistic Angle, a Facebook community page where she gives parents, professionals, and people with autism information and support.

She even hopes that her Facebook profile will bring people together and contribute to the development of a community that supports those on the autism spectrum.

Kaelynn Partlow is still single and has yet to meet the guy of her dreams, as far as we can tell. She has, however, created a wonderful life for herself, surrounded by her friends and loved ones.

On the other hand, Kaelynn is a dedicated dog parent who has taken her gorgeous pooch Finnigan to multiple dog shows. Her Instagram clearly shows how much she loves her dog. It’s wonderful to see Kaelynn living a happy life, and we wish her nothing but the best in the years to come.

Love on the Spectrum: Is Kaelynn Dating Anyone in 2022?

Kaelynn Partlow has been living her best single life since filming on the Netflix original wrapped up. While fans already knew her relationship with Peter ended, she does not appear to be dating anyone else right now.

In the caption of an Instagram photo she posted on May 8, 2022, the South Carolina resident hinted at her dating status. She used #Independent in her caption as well. She wrote, “What’s a queen without her king? Historically speaking, more powerful.”

While some viewers may be sad that Kaelynn Partlow did not find love on the show, she might always return for another season (if the series gets renewed).

Despite the fact that Kaelynn’s life is lacking a love partner, she is a proud mother to her adorable pooch, Finnigan. It’s wonderful to see Kaelynn enjoying what appears to be the finest days of her life, and we wish her nothing but the best in the years ahead.