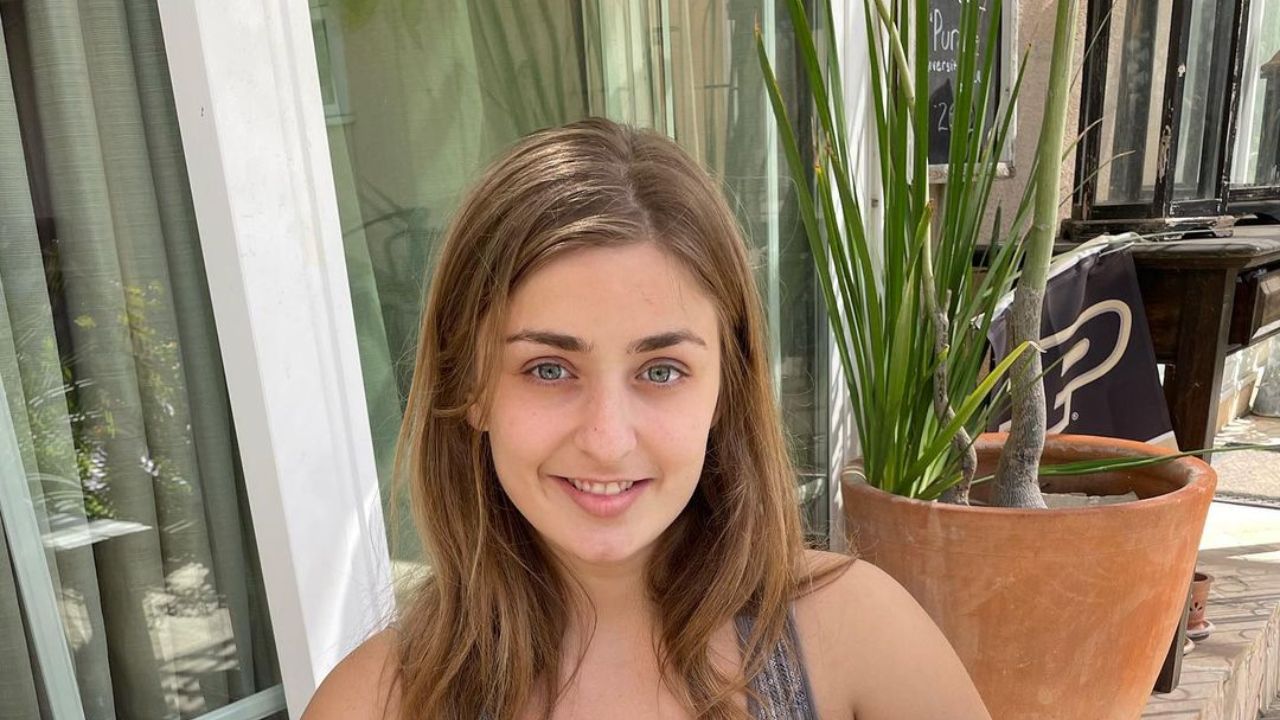 Abbey Romeo Lutes, one of the cast members of Netflix’s Love on the Spectrum U.S., started dating David in the first episode of the Netflix show. The 24-year-old also runs Hats by Abbey, a hat business through Instagram. Furthermore, she is also very in Tiktok. Reddit users wonder about Abbey Romeo and her relationship with David at the end of the show.

While many dating reality shows generate unreasonable expectations with their superficial themes, Netflix‘s Love on the Spectrum U.S. (a spinoff of the Australian original) is an amazing outlier. After all, it’s about a bunch of autistic people who take on the unpredictable world of romance to give us an honest and intelligent look at what dating is truly like.

Abbey Romeo Lutes, a 23-year-old L.A.-based lady who likes Disney princesses, her dog, Clementine, and zoo animals, is introduced in the first episode of the American version. She’s soon matched with David, a 26-year-old with a passion for animals (especially lions). Abbey and David explore their friendship over the course of the six-episode season, and in the finale, they decide whether or not to date.

As viewers are seeking detailed information about Abbey Romeo, we’ve brought everything revealed about the Netflix star so far. Well, let’s get into it without any further delay.

When we first met Abigail “Abbey” Romeo Lutes in the first episode of Netflix’s Love on the Spectrum, the now-24-year-old appeared to be spinning in happiness because of her love for her family, Disney movies, and wild/sea animals. She did, however, admit to relating to Ariel from The Little Mermaid whenever she is unable to express herself effectively, claiming that it makes her feel as if her voice is being taken away from her.

This is why the lion lover desired a partner that not only understood her but also resembled her in some ways. Abbey then worked with an autistic expert to help her communicate more effectively.

When Abbey Romeo was finally ready to start looking for love again (she previously had a boyfriend), she met David, who was just as adorable and fascinated by animals as she was. Their first date was to the zoo, where they discovered that David’s favorite animal was a lion, and he’d even seen them in the wild in Africa when on vacation with his family.

Everything about their date was fantastic, from polite talks about their common interests to natural pauses, and from him suggesting a trip to Africa together to gifting Abbey Romeo a flamingo bracelet.

Abbey and David went on their second date to a wildlife sanctuary called Lions, Tigers, and Bears, which is one of David’s favorite places. He gave her an elephant-themed accessory as well as a hat this time.

But it was the shared experience of feeding the animals, David’s pledge that he’d protect Abbey from harm, a little hand-holding, and a kiss on the cheek that got things rolling. The way the two got together later on a local beach just to hang out, engage more intimately, meet Abbey’s pet dog, and other things confirmed that they were on the correct track.

As a result, it was no surprise when Abbey Romeo later invited David over for Christmas, where they not only exchanged gorgeous, heartfelt gifts but also announced their engagement. As if that weren’t enough, their loved ones got closer as well, and it looked as if they could all be traveling on that African holiday together soon – like a large, blended family.

Therefore, despite the lack of indications on their social media platforms about their relationship status, we believe they’re still together, especially since Abbey adorably told David, “You’re my lion, and I’m your lioness.”

Abbey Romeo’s company was briefly glimpsed by viewers when she gifted David a red knit hat with a lion patch on the front for Christmas, though she didn’t discuss it on the Netflix reality tv series.

Hats by Abbey (@hatsbyabbey), which Abbey runs, sells warm hats, trendy hats, glittering hats, and bespoke orders. Some of the earnings from the hat sales, according to the Hats by Abbey website, go to the Autism Society of America. Abbey is active on social media, and she updates her hats (and her travels) on Instagram and TikTok on a regular basis.

Before you leave, check out The Girl Inside.