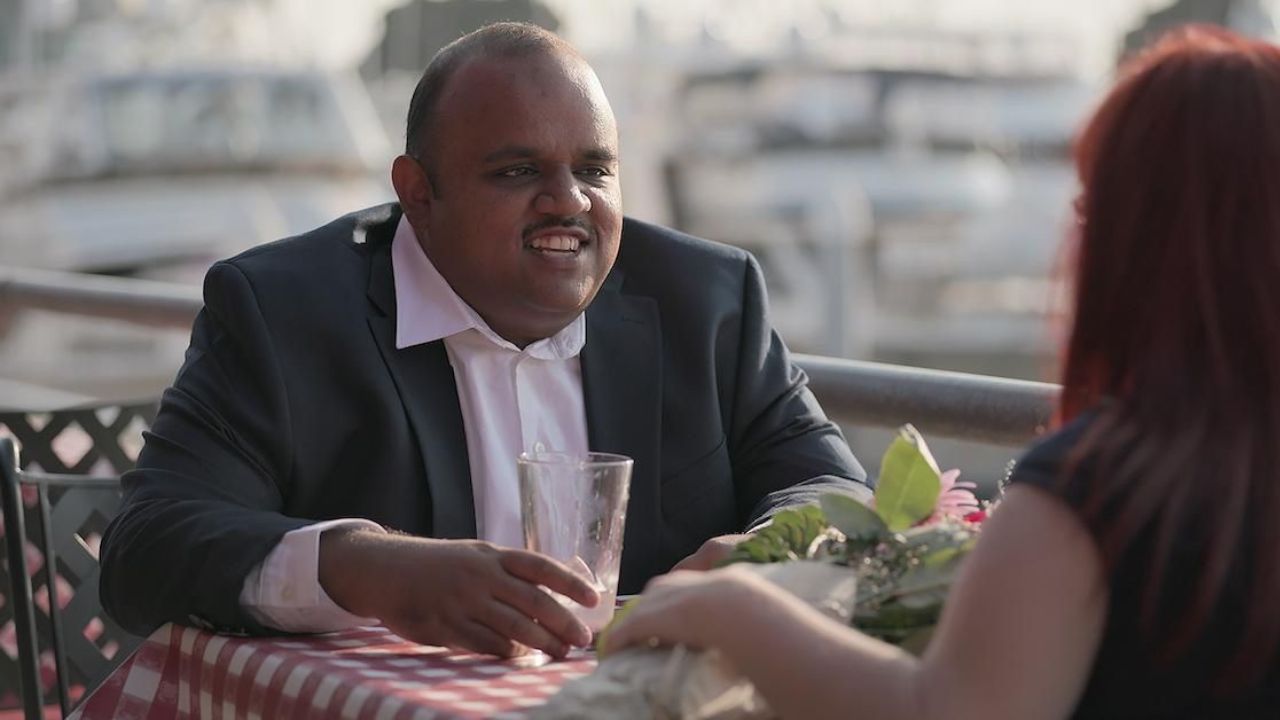 Subodh Garg, one of the cast members of Netflix’s Love on the Spectrum U.S., is a Data Entry Assistant at Insight Examination Services as well as does a part-time job as a Shipping and Receiving Clerk at UPS. Subodh Garg immediately built a connection with Rachel Osterbach and started dating her. Reddit users wonder if the 33-year-old star uses Instagram. Well, he doesn’t. Follow the article to know more about Subodh and Rachel’s relationship and how Love on the Spectrum ends for them.

Love On the Spectrum, a sweet dating reality show on Netflix, is unlike anything you’ve seen before. It follows individuals on the autism spectrum in their search for true love. Seeing people on the spectrum experience the excitement of falling in love while simultaneously dealing with rejection and heartbreak is eye-opening, and we get a glimpse into their lives as they share bits of their lives.

It’s undeniable that Love on the Spectrum U.S. stands out among the sea of dating reality series, and it’s all thanks to the show’s heartwarming approach to the subject. Amongst the cast members was the remarkably upbeat math genius Subodh Garg, who seemed to have found a true life partner in Rachel Osterbach.

Subodh and Rachel really had an overwhelming journey on the show and many viewers are curious to know more about Subodh and how his relationship with Rachel ended in the show. Well, let’s find out the answers.

Subodh Garg From Love on the Spectrum: Age, Job, Instagram!

As per the show, by the time he was 33, Subodh Garg had not been on a single date, but he knew deep down that he not only had a lot of love and affection to give but that he was also eager to take the steps to do so. That’s when his family and an autism expert stepped in to assist him to navigate the unspoken social rules and bring out the most in his confident, friendly, and lively nature.

Every aspect of Subodh Garg’s first-ever romantic attempt, from a practice date to his loved ones’ unwavering support, therefore had a role in keeping him steady, which means it worked beautifully. Subodh forgot to pull out Rachel Osterbach‘s chair as he’d been told, and when she tried to talk about television, he immediately asked to change the subject, but it didn’t make much of a difference.

Subodh and Rachel still had a lot of common interests including travel, food, dance, and music (no matter the distinct style preferences) which is why their conversations were mostly free-flowing. Rachel eagerly accepted when Subodh asked her out on a second date, demonstrating that you don’t have to be identical in every way to enjoy someone’s company.

Subodh Garg’s next session with the expert concentrated on other issues because he had been kind by paying for the entire meal, as his mother had requested. If he hoped for a future with Rachel, he recognized he needed to pay true attention to her interests, which drove him to be open-minded during their subsequent meet-up at the beach.

Subodh not only pulled Rachel’s chair and inquired about her interests before moving further, but he also made sure she got her first kite-flying experience while singing Let’s Go Fly A Kite, which led to much more.

When it comes to Subodh Garg’s professional endeavors, the 33-year-old star currently works as a Data Entry Assistant at Insight Examination Services as well as a part-time Shipping and Receiving Clerk at UPS. As if that weren’t enough, he’s also seeking credentials in Data Entry, Computers, and Word Processing at Santa Monica College.

Subodh and Rachel (@rachelosterbach) had never said anything negative or indifferent about their dates, so it was no surprise when their third was a meeting with Subodh’s parents and sister. Apart from cooking Pad Thai for her to express his appreciation, the most important component of the evening was that he had decided to officially ask her to be his girlfriend at the end.

Things went well, to say the least, as Rachel was effectively accepted into the Garg family as a member, therefore, of course, Subodh and Rachel are still together. It seems like the couple is currently in a happy relationship with each other.

The California residents don’t appear to have taken the next step and begun traveling together (as is Subodh Garg’s desire for an around-the-world honeymoon), but they appear to be on their way. We can’t wait to see what Subodh and Rachel do next because their upbeat personality makes them wonderfully compatible.