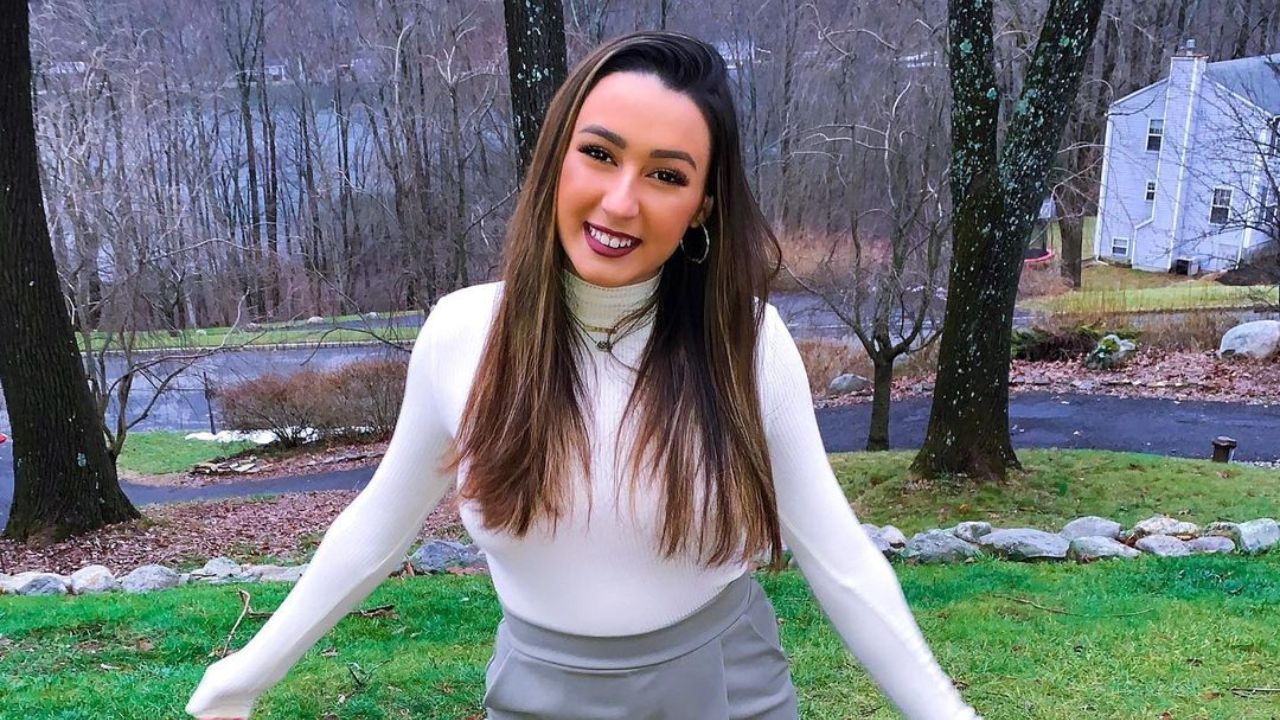 With exactly nine episodes, the new documentary, Cheer Season 2  was released on 12th January 2022. Typically, this Netflix production is out of the box, which showed the lives of cheerleaders, and the competition between the two teams: Trinity Valley and Navarro.

While some of the casts seen in Cheer Season 2 returned back from the first season, myriads of the participants were new faces.

Debuting on the American reality show, Brooke Morosca belonged to team Navarro, and this debut and presence in the Netflix documentary added myriads of lucrative to her career in general.

Since her presence is new to all the spectators, she has been grounded with a lot of questions on her personal life. So, do you want to know more about her?

Astounding yet productive, Brooke Morosca officially began her cheerleading journey when she was four. Yes, you heard it right, four, the age where a child is hovering around with their toys, Brooke was involved in training herself.

Brooke’s parents were very concerned about both of their daughters, to that point, they sent Morosca to the gym along with her elder sister. Expunging the shyness and introverted phase, Morosca’s parents optimistically wanted to take their younger daughter out of her comfort zone.

Changing her parents’ small hope to reality, the shy girl, Brooke Morosca turned into a performer, focusing mainly on high-flying. With spending time in getting well-trained, she was vested the beautiful opportunity to land on Navarro. This brought a turning point to her life and filled Brooke with more confidence than ever.

Conversely, the confidence rather than going uphill, down-trained in the blink of an eye. Since the team was filled with all-rounders, who were far more well-trained, and experienced, Brooke lost the opportunity to make it to the mat.

But did this failure stop Brooke Morosca from moving forward? No. How can she forget all the efforts that her parents made just for her to reach this position? Losing her dad at the age of nine, Brooke’s mom gave her full potential one warning maximum money to lessen the financial burden, so that she could pay for Brooke’s training.

Reminiscing even the smallest bits of hard work and the efforts, her mother made, the zeal inside of her grew more and more. Today, she succeeded in making her presence in the documentary series, Cheer Season 2, and owns numerous fans and followers.

Finishing her final year virtually, Brooke parted ways from Navarro, and today, she is studying at the University of Tennessee.

Dating Nick Dalton, one of the students at the University of Tennessee, Brooke Morosca often posts their together photos on her Instagram account. If we were to stalk her account, we can see a lot of photos of her with Nick.

Although they haven’t divulged how they commenced their relationship and from when we can assume that Brooke Morosca probably started dating Nick in 2021, the year she joined the university. Looking at their posts, it seems that their ship is sailing smoothly.