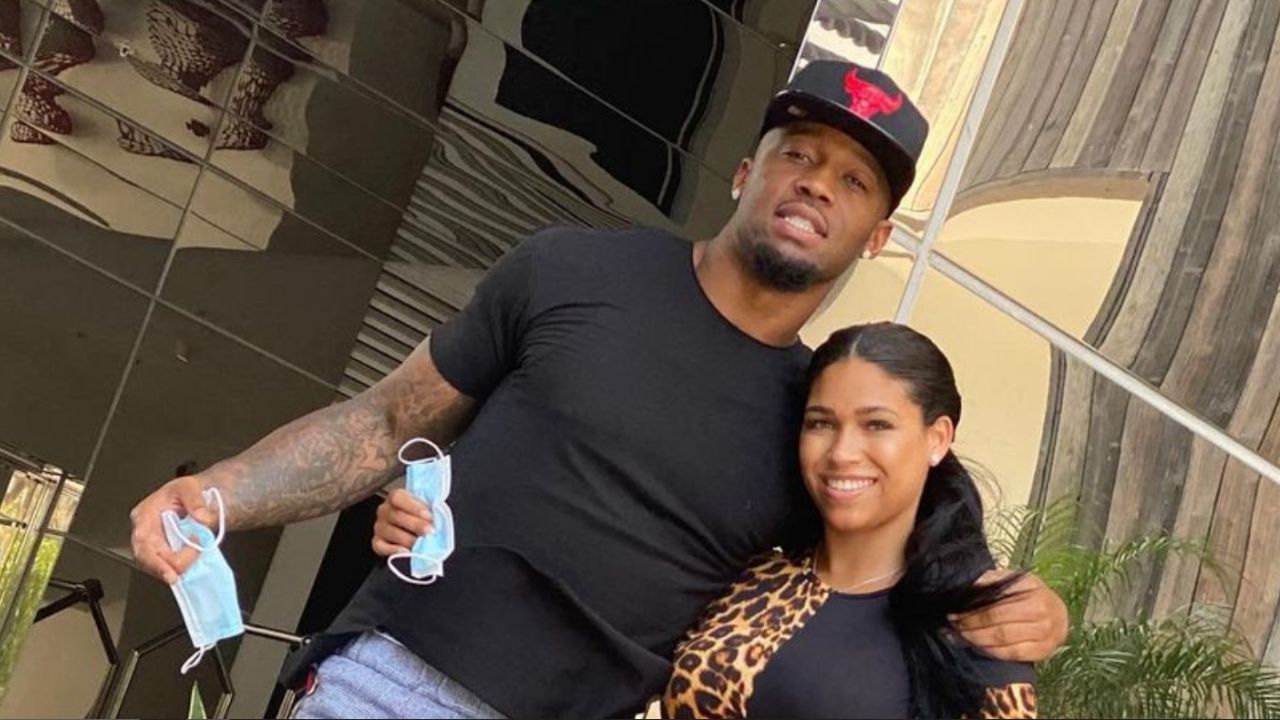 Known for being a bubbly cute couple, Alexis Williams and Mike Gillislee are adorable together. Williams, one of the cast members on Selling Tampa, is a real estate agent and Mike Gillislee is an American football player. Fans wonder about Alexis Williams’ husband. Meanwhile, Williams and Mike’s relationship are loved by the majority of people, conversely, rumors have spread about their split. Do you know if the pair is still together or has parted their ways?

More than the couple themselves, few people are always too concerned about other people’s love life. Likewise, Selling Tampa‘s Alexis Williams and Mike Gillislee‘s relationship has been a topic filled with curiosity.

Alexis Williams is one of the successful realtors who has been working at Allure Realty while on the other hand, her boyfriend, Mike Gillislee is a former NFL (National Football League) player who had even played for college football in his years at the University of Florida.

Their relationship is filled with perplexity as many people are curious to know how a footballer and a real estate agent crossed their paths. While myriads of people ship this cute couple, on the other hand, some doubt if Alexis and Mike Gillislee are still together.

Therefore, to clear all the doubts and queries, we have gathered information on their love life.

How Did Alexis Williams and Mike Gillislee Start Dating?

One of the cast members of Selling Tampa, Alexis Williams is prominently known for dating the former NFL player, Mike Gillislee.

While almost everyone has a question about how a real estate agent and footballer fell in love, it might be shocking to know that the pair had begun their relationship before their successful career.

Yes, you heard it right, the couple has been together for many years. When both Alexis and Mike were in their college years, they first crossed their paths. Slowly and steadily, they caught feelings for each other, and since then, their ship has been sailing.

Being supportive of each other, Alexis as well as her partner Mike has been with each other through every thick and thin.

Looking at their relationship, it seems that the couple has set a different bar and upgraded on the standards of how a love life should be.

Are Alexis Willimas and Mike Gillislee Still Together in 2021?

Although Alexis and Mike, both prefer a private love life, they cannot resist posting together moments on their Instagram account.

While the rumors were spreading on the split of their relationship, their Instagram account acts as evidence in proving it wrong. From starting the college love life to getting engaged, Willimas and Mike have upgraded their relationship and added more love and trust.

No doubt, the couple is still together and is as happy as they were at the beginning of their love life. Also, scrolling their posts, it seems that the pair will soon get married as they seem to have the strongest bonding.

Selling Tampa is streaming on Netflix.