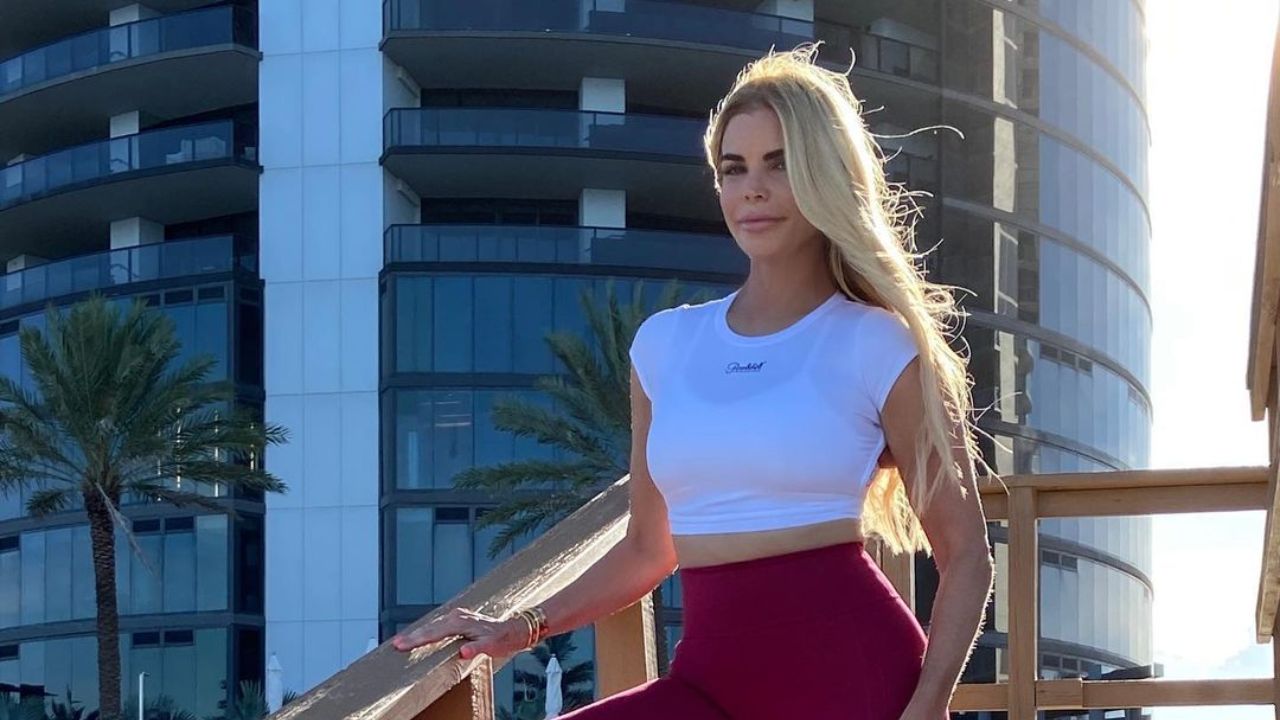 Alexia Echevarria had relocated to Miami, Florida, with her family, seeking a safer society. She was just 23 and had just finished college when she bumped into Pedro “Peggy” Rosello.

The flames between them were always flying high, from a chance meeting at a cafe where they made eye contact to an encounter at a local club a few days late.

It’s no wonder that she quickly fell for Pedro, or Peter as she refers to him. They were engaged to be married within a year, in 1991.

Unfortunately, Pedro’s profession as a white powder smuggler caught up with him, forcing them to cancel the wedding and flee. He was captured quickly, but Alexia Echevarria chose to stand by him rather than run, despite the fact that he was facing a slew of accusations.

They married and had their first kid, Peter Rosello, when Pedro was out on bail in 1992, preceded by his four-year prison term.

Alexia Echevarria became pregnant again a few months after her spouse was finally released, but their marriage did not work out.

Cocaine Cowboys: The Kings of Miami on Netflix Cast

Cocaine Cowboys: The Kings of Miami, is a popular documentary show on Netflix right now that tells the story of Salvador Sal Magluta and Augusto Willy Falcon, two dudes of Cuban origin who went from boyhood friends to drug lords in a matter of years.

It provides an insight into the intricacies of the Miami drug business from the ’70s to the ’90s through interviews with former cocaine smugglers, prosecutors, psychologists, and personal acquaintances of those implicated.

Alexia Echevarria and Pedro Peggy Rosello parted in 1996 but stayed on good terms because of their two boys. So, when she married businessman Herman Echevarria in 2004, her kids, Peter Jr. & Frankie Rosello, had two male influences in their lives.

Alexia quickly got a slot on Bravo TV’s The Real Housewives of Miami since she had actually transformed her life.

However, between seasons 1 and 2, her world was flipped upside down when her then-13-year-old son Frankie was involved in a traumatic car accident. He lived, but he had some long-term injuries.

Following this horrific experience, Alexia and Herman mutually decided to split in 2015. Sadly, their marriage ended on 26th September 2016, when he died unexpectedly of a heart attack.

Ever since, the former editor of Venue magazine has accomplished great things. Apparently, she runs and maintains a Miami-based manicure and beauty boutique called Alexia + Frankie’s Beauty Bar with her son, Frankie, who finished high school with flying colors in 2016.

While her oldest son, Peter, is in a marital relationship with Eliza Kluegling, whom he stumbled across while attending the Paris School of Business, Alexia Echevarria has also discovered a new romantic companion. Todd Nepola, a real estate broker and entrepreneur, proposed to her in December 2019.

Alexia Echevarria’s social media pages reflect how happy she is with her life right now. Plus, now that it appears she will be marking her return to be a part of the revival of The Real Housewives of Miami, we can’t wait to dive back into her life.

As per Celebrity Net Worth, Alexia Echevarria’s net worth is estimated at $3 million.

Alexia Echevarria has had an incredibly dramatic and tough life story, which includes a drug kingpin first husband, her second husband’s tragic death, and her son’s severe accident.

Echevarria, 54, divorced Herman in 2016, and she is now engaged to real estate businessman Todd Nepola.