Who Gets Married on Love is Blind Season 2? Reddit Spoilers Ahead! 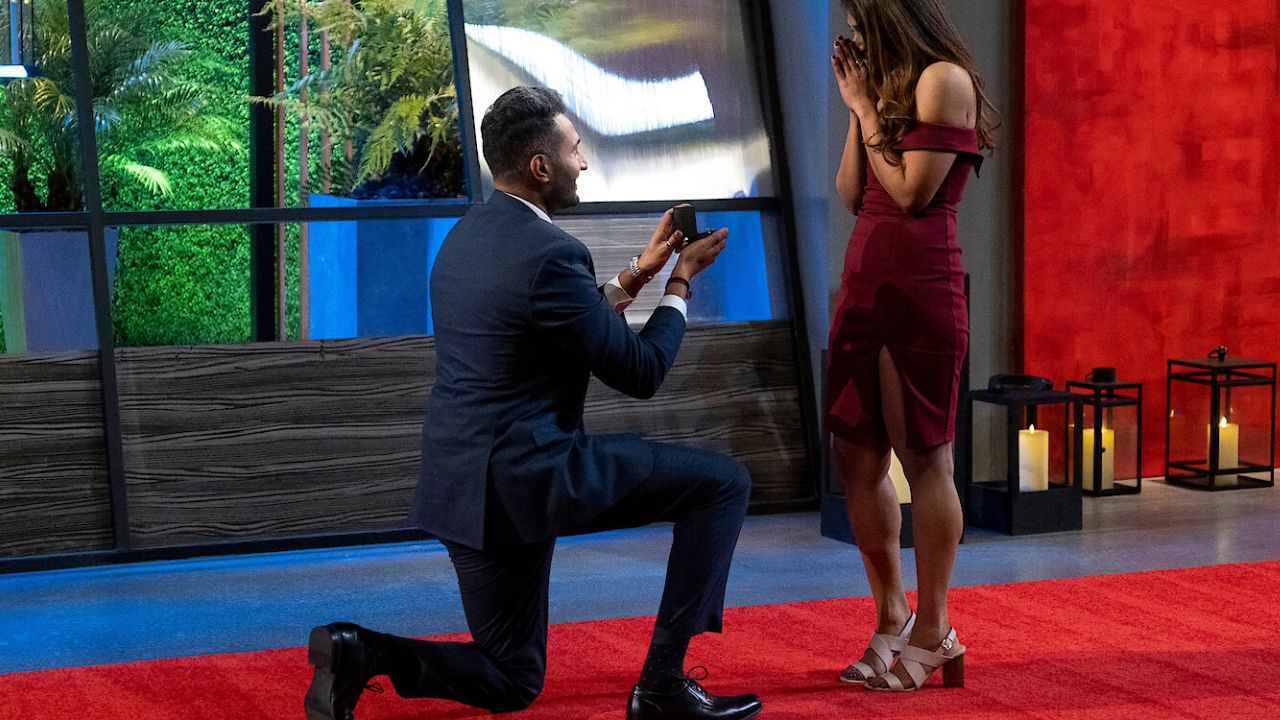 Love is Blind Season 2 released its first five episodes on Netflix on 11th February 2022 and has confirmed to publicize the last episodes on 18th February 2022. This American reality show is a platform for the participants to find their ideal partner, and catch feelings for their partner.

Unlike other love reality shows, Love is Blind Season 2 is completely different, and without getting to see each other, the cast members’ connection solely depends on talking to each other in the pods.

Spending ten long days talking in the pods devoid of knowing what the other person looks like physically, the participants literally confronted several ups and downs in the show. However, the contestants succeeded in forming connections, and we got to see myriads of couples.

So, do you know the couples who ended up getting married after the end of Love is Blind Season 2?

Previously, we touched on the Love is Blind couple, Jessica and Mark, plus Nick’s gay rumors, and gold cups.

Who Gets Married on Love is Blind Season 2?

Filled with exhilaration, drama, love, and jealousy, this American reality show added flavors to the viewers, and today, myriads of people are waiting for the release of the last two episodes.

Many participants found their love, some got engaged too and a few took their relationship to get married. Exactly, six couples got engaged on the show but do you know the couples that got married?

Shayne Jansen (@shaynejansen) and Natalie Lee (@natalieminalee) are shipped by the audience, and their love journey started from Love is Blind Season 2. From talking in the pods for 10 long days to meeting each other on the date, they look perfect together.

Subsequently, upon meeting both Natalie and Shaina, he chose Natalie and got engaged. For now, it appears that Shayne and Natalie will definitely get married but we cannot be sure about it as the last two episodes are yet to come.

Bonded over a literally weird topic on their parent’s divorce, the 29-year-old associate director, Danielle, and the 36-year-old, Nick (@nthompson513) paired up with having intense feelings towards each other.

They are the first couple to get engaged on Love is Blind Season 2. From their engagement to going on retreat in Mexico, Nick and Danielle were adding a lot of beautiful memories to their relationship.

While everything was going well between them, the cocktail party did them bad. Danielle couldn’t attend the party because of the food poisoning, however, Nick decided to attend the party bereft of her, and rather than taking care of Danielle, he enjoyed himself to the fullest.

This brought complications to their love life as Danielle felt bad for not having Nick on her side, and she confronted Nick about it. So, in the upcoming last two episodes, will Nick and Danielle get married, or will this party thing change their minds?

The 32-year-old hairstylist Shaina (@shaina.hurley) and the 29-year-old constructor, Kyle not only have differences in their age but in their thoughts too.

While they might have gotten engaged and gone to Mexico for the retreat, everyone knows that Shaina has intense feelings for Shayne, and wanted to pair up with him.

However, Shayne chose Natalie over her, and that compelled Shaina to bond with someone else and found her way in meeting Kyle.

While Shake might have shown all of his red flags on Love is Blind Season 2, Deepti still decided to stick with him.

However, in their relationship, we can vividly see that it’s Deepti (@lifewithdeeps) who puts all of her efforts and in return, Shake does nothing but rants about how he had always dated white girls and isn’t interested in other races.

Stalking their Instagram account, it seems that they are on good terms but they haven’t disclosed their relationship. Conversely, looking at their relationship in Love is Blind Season, Shake and Deepti are unlikely to get married.

Mallory and Salvador are currently being the heed of the show, not because of their perfect ideal relationship but because Salvador found out Mallory talking to her ex-partner, and her ex-partner was bashing Salvador (@salvadior08) for his wrong choice of ring for Mallory.

This broke Salvador’s heart, and he has planned to leave the show. So, more than marrying each other, there’s a high possibility that he might leave in the middle of the show.

Parting ways with Mallory, Jarrette gave his next shot and ended up pairing with Iyanna. From talking to each other in the pods, and forming their trust in each other to getting engaged in the show, they seemed to be happy.

This talk with Mallory may seem like a normal thing to him but it definitely has broken Iyanna’s heart. So, will Jarrette and Iyanna get married in Love is Blind Season 2?