Love is Blind Gold Cups: Reddit Wonders Why They Use Gold Wine Glasses! 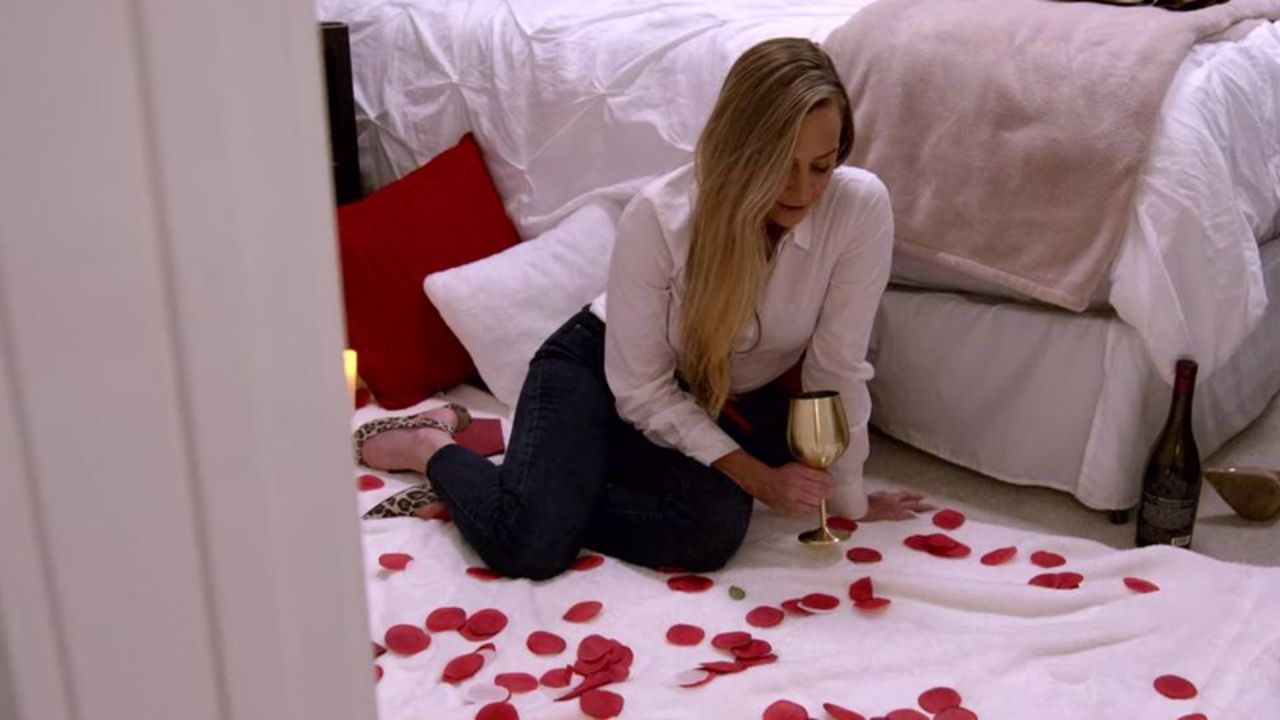 Love is Blind Season 2 has these fancy gold wine glasses and gold cups on which the cast members take their drinks. Unlike normal glasses, these cups are really big and the Netflix viewers, particularly Reddit users, wonder why Love is Blind is using such a gold glass.

With a total of ten episodes, the American reality dating show, Love is Blind Season 2 was released on Netflix on 11th February. Teeming with exhilaration, fun, and enjoyment, this reality show provided a platform to all the single cast members to find their partners.

However, unlike other love shows, Love is Blind Season 2 has a twist; the cast members have to spend 10 days talking to each other in the pods without getting to see each other.

More than falling for looks, Love is Blind is all about communication, and taking the talking stage a bit further, they eventually get to hang out. With drama, love, and jealousy, Love is Blind Season 2 has lucidly allured a plethora of people into binge-watching the show.

Subsequently, the audience noticed gold cups, those gigantic gold wine glasses, and are curious to know what was with those unique wine glasses.

Previously, we touched on Jessica and Mark, Nick’s gay rumors, and who got married in Love is Blind Season 2.

Why Does Love is Blind Have Gold Cups/Gold Wine Glasses?

Basically, Love is Blind Season 2 is about forming connections with communicating with each other in the pods and running the talking stage for ten long days without getting to see each other.

Upon getting to know each, can the cast members meet, and then eventually decide whom to get along with, get engaged with, and go to Mexico for retreat.

The audience was fascinated to get to see the couples on the show, and more than focusing on love, the gigantic gold wine glasses caught everyone’s eyes. Firstly, we got to see those gold cups in season 1.

From Jessica and Mark using the metallic wine glasses at their very cold-looking outdoor dinner to Amber and Barnett keeping them by the fire pit, those golden cups succeeded in creating a distraction to the spectators, and now, everyone is curious on why the show couldn’t bring normal cups.

“Why aren’t they allowed to have normal cups, mugs, and glasses on Love is Blind? A lady poured coffee into a gold wine glass. I need answers!” – One Twitter user stated.

“I know it’s trivial but I have major beef with whoever chose the wine glasses for love is blind,” tweeted another, and more than liking the golden big wine glasses, people found it annoying every time the show showed those golden glasses.

There’s no specific answer on why the show brought those glasses; it seems like the production team wanted to add extra flavor to the show, however, more than liking those gold cups, it appears that people find it as a distraction.

Where Can You Buy Gold Cups of Love is Blind?

While there were a lot of people hating on the golden wine cups from Love is Blind Season 2, some people were interested in those fancy big cups too. Thus, for now, almost all the social media platforms are teeming with either hatred for those glasses or interest to purchase them.

So, if you fall into the category of wanting to get those wine glasses, and serving yourself, then, you could easily find it on Amazon. However, one has to limit the intake of drinks as those are cups are massively huge, and one of the tweets joked about they wanted to do a drinking competition in those fancy cups but the fear of dying stopped them.

Although they might have joked about it, seriously those cups are too big enough to take shots.