Are Teo and Rosie from Love on the Spectrum Season 2 Still Together in 2021? 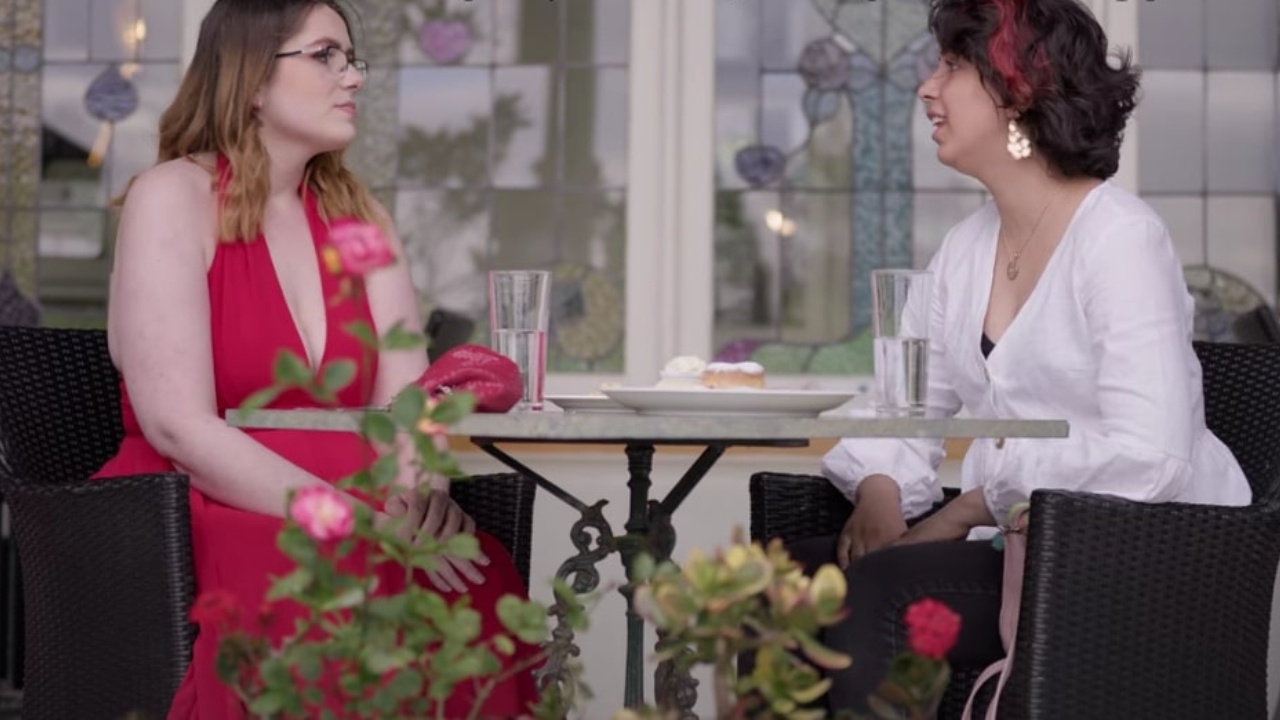 Love on the Spectrum on Netflix is a fun and educational dating show that follows various people on the autistic spectrum as they navigate the complicated world of dating and romance in search of their blissful relationships.

The best aspect is that everybody is just asked to be themselves in order to offer us a better understanding of how their connections are different while being taught how best to maneuver them.

Teo, one of the cast members (just as Jimmy and Sharnae, Jayden and Dan, Mark and Chloe plus Ronan and Katie) with Asperger’s and ADHD in Season 2, is an example of someone like this. She is strong and vocal, as she should be.

Now, many fans are wondering if Teo and Rosie are dating. It’s no secret that the duo is pretty close, but are Teo and Rosie just friends or much more than that?

Teo, who was adopted from Romania at the age of three, lived in Texas for the first part of her life before moving to Australia to be closer to her adoptive family. It took a few years for her to be diagnosed following adoption, but she has never wavered in the support she’s received from them.

Thus, it’s no surprise that Teo’s goal in life is to find a partner who shares her values of friendship and unconditional love.

She has anxiety, so anytime she considers going on a date, her thoughts immediately turn to the worst-case scenarios of bad relationships and heartbreaking breakups she might have. As a result, she is unable to fully engage with the activity.

Teo was able to take her maiden steps into the dating world after working with relationship expert Jodi Rodgers. This is how she bumped into Morgan and Rosie.

Teo was well aware that she was more interested in an individual’s personality than their gender, yet she nonetheless went on different dates with a male and a female to determine which one she found more attractive.

When Teo told Morgan about her problems, she gained a friend. Although her time with Rosie was more serious, she was pleased with herself because she viewed it as a heart-to-heart and was able to secure a second date as well.

Are Teo and Rosie from Love on the Spectrum Still Together in 2021?

Teo and Rosie concluded their time on Love on the Spectrum with the news that they’d formed a bond and even said “I love you” before opting to take things slowly.

Having said this, Teo and Rosie are nothing more than close buddies today. Rosie herself confirmed this in June 2021, when she posted a few images and clips with Teo on Instagram, using the hashtags #bestfriends and #friendship, among other stuff.

Rosie, like the 22-year-old, is autistic and suffers from ADHD, and from what we can gather, they’re both not in a relationship and happy in their current situations.

Teodora AKA Teo, speaking with Autism Awareness Australia, noted that being a part of the autism spectrum is a strength. She claims she can see more of people’s innermost thoughts because of her autism, and she can be more mindful of other people’s feelings.

With this power, you gain a new perspective on people and the world. Unlike most people, she perceives things through a different lens – as a bumblebee does. It makes a difference. Her strength is that she can look right through people and into their souls.

We should also add Teo’s presence on the Love Clews podcast, where she discussed dating and conveying love in a relationship. Thus, we are optimistic that Teo’s empathy and bright nature will lead her to the connection she believes is best for her.

Some fans might be disappointed that Teo and Rosie are not romantically together in 2021, but we reckon it’s for the best.

Will there be Season 3 on Netflix? Furthermore, check out facts about Katie’s Down Syndrome.

On top of that, meet director Cian O’Clery, and newcomers Kassandra and Heather.