On My Block Cast Ages with Pictures: Find Out Their Real Ages! 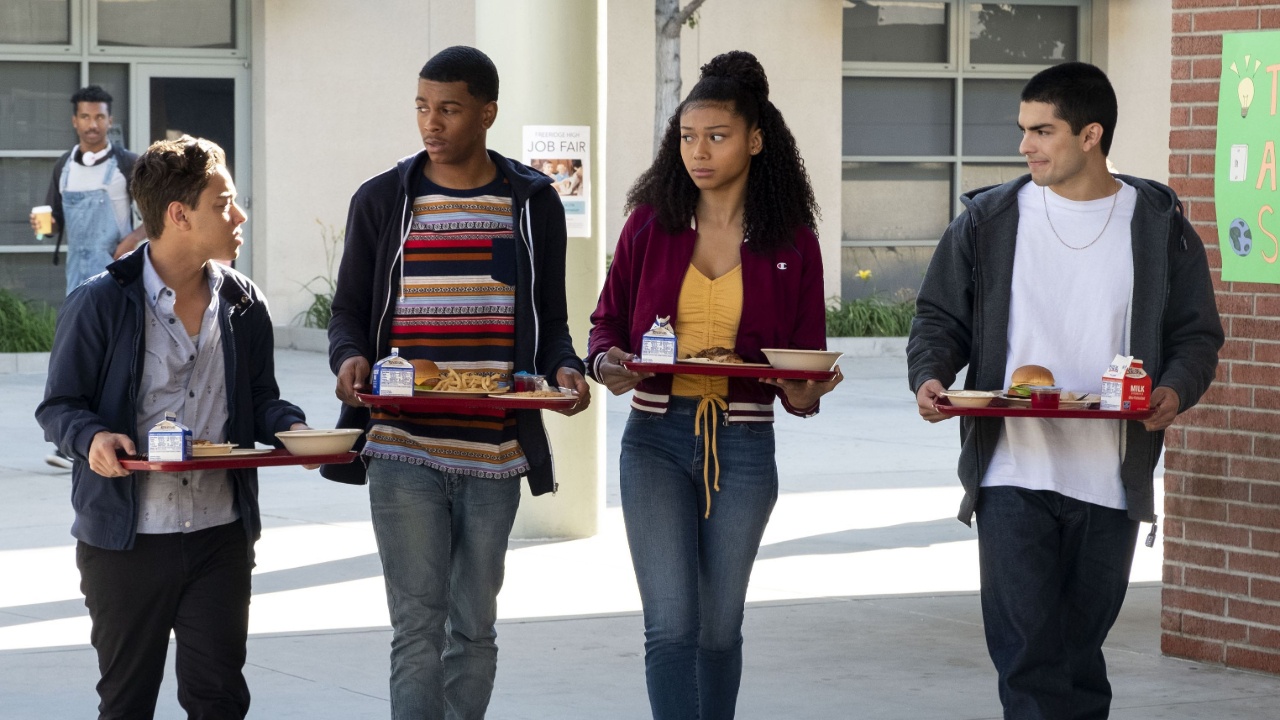 On My Block‘s penultimate season premiered on Netflix on October 4, and viewers are reluctantly bidding farewell to Cesar, Monse, Ruby, Jamal, Jasmine, and their families.

When Season 1 premiered in March 2018, the abovementioned students were just starting high school.

On My Block Cast’s Real Ages with Pictures

Despite the fact that most of the pivotal actors were playing teenagers in the series, they were all at least numerous years older than their characters.

How old are the On My Block actors? Continue reading to find out On My Block cast’s ages.

guys i’m in literal TEARS. i love monse finnie so much and her character means so much to me. she’s my best girl and i can’t wait to see her in season 2. i’m so so excited. i love her. ❤️❤️❤️❤️❤️❤️❤️ pic.twitter.com/sgfc3dTHmB

The actress was 19 years old when the debut season of On My Block premiered, and it was her first leading TV role.

The Baltimore native, Sierra Capri, marked her 23rd birthday a few weeks prior to the fourth and final season premiere on Netflix.

Diego Tinoco aka Cesar Diaz is Turning 24 in November 2021

Sierra’s love interest in the show, Cesar Diaz, was born in November 1997, and Diego Tinoco was 20 when the dramedy originally aired in March 2018.

Before the Netflix show, the actor was best recognized for his role as Mateo in a Teen Wolf episode from 2016.

According to TMZ, Brett Gray (known for his role as Jamal Turner) was recently hospitalized due to severe back pains caused due to the burden of carrying the entire show of On My Block.
We all wish him a speedy recovery. #OnmyBlockseason4 #onmyblock pic.twitter.com/fkySLWZbAF

When Brett Gray started playing a high school youngster in the series, the Philadelphia native was already in his 20s.

Star Trek: Prodigy, the 25-year-next old’s TV project, is currently in post-production. Brett is also a vocalist, and his debut EP, Easy Daze, was released in 2018 on his birthday.

The only one who actually looks like a high school student is Jason Genao lol pic.twitter.com/81N1TmRW6b

When the debut season of On My Block premiered, Jason Genao was merely weeks away from his 22nd birthday. Jason, like many of his co-stars in the Netflix comedy-drama, has featured on Law & Order: SVU.

The actor also had a regular part on another Netflix show, The Get Down, where he portrayed Napoleon in the one and only season of The Get Down.

Jason has also appeared in the film Logan and on an episode of the CBS sitcom God Friended Me. Elsewhere, learn his eye bags condition here!

NGL, Jasmine is my favorite character on On My Block on Netflix… i see alot of myself in her. She didnt care about what nobody thought about her. no matter how aggravating ppl thought she was, she was always there when somebody needed her. Well Played Jessica Marie Garcia❤️ pic.twitter.com/856GddHVlk

Jessica Marie Garcia portrays Ruby’s girlfriend in the Netflix drama, and she was in her forties when she first appeared on the screen as Jasmine.

Julio Macias as spooky. That's it. That's the tweet.#OnMyBlock pic.twitter.com/Ir0QhwgjIj

Spooky, unlike the other members of the Freeridge High friend group, is not supposed to be a high school student at the beginning of the series.

Julio Macias, the show’s lead, was only a few days away from turning 28 when it premiered.

Peggy, who plays Ruby’s grandma in the show, has been a professional actress since the 1970s.

Over the span of her career, the 69-year-old star has been in a slew of hit TV shows, notably American Crime Story, Hill Street Blues, ER, Desperate Housewives, and Criminal Minds.

On My Block Season 4 premiered on Netflix on 4th October 2021.