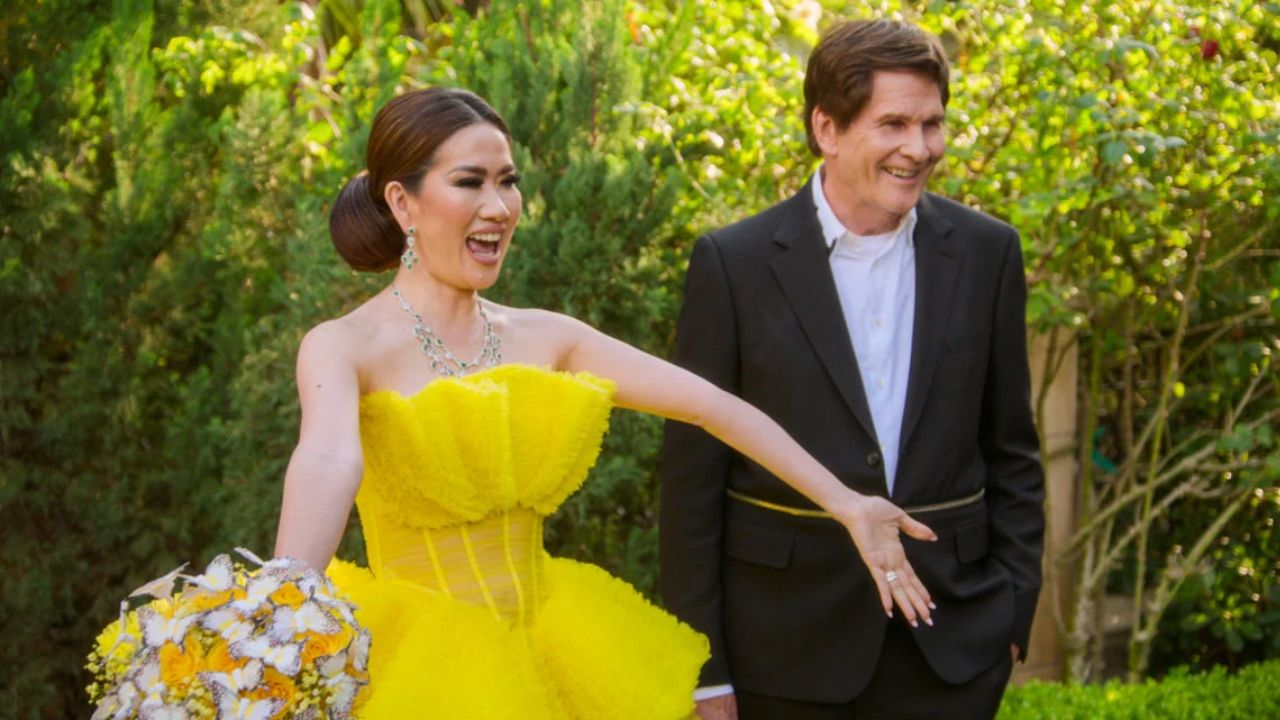 Bling Empire is back on Netflix for a second season, with even more sparkle and glam than before. With the official release of all eight episodes of Bling Empire season 2, the affluent cast is back for more antics, excitement, and drama. The second season's cast includes Anna Shay, Mimi Morris, Kim Lee, Kevin Kreider, and Kelly Li.

The show focuses on the opulent lifestyles of Asian-American socialites in Los Angeles. You'll recognize this show if you've ever seen Crazy Rich Asians. Once you've been captivated, you'll be longing for these diamond-encrusted celebs' Chanel bags and private jets.

While her poor beginnings in Vietnam set her apart from many of her castmates, who were born into wealthy families, her opulent Instagram feed shows she has made quite a fortune in the interim.

Morris Group International: Mimi Morris and Don Morris From Bling Empire Have a Combined Net Worth of $1 Billion in 2022!

Mimi Morris (@mimi_morris) became one of the reality show’s wealthiest stars after she married Donald Morris. Mimi is the wife of Donald Morris, the CEO of Morris Group International, who has a net worth of $800 million. Mimi Morris's Instagram profile appears to be full of private jets and a wealthy lifestyle.

According to Meaux, Mimi Morris went from living in a pit to owning an $8.8 million mansion. She was born in Vietnam and had a difficult upbringing. Mimi and her family were forced to escape their village after witnessing the brutal Vietnam War and were forced to live in a hole with limited water and food. And look how fast time changes.

According to Netflix, she has never lost her work ethic or her great survival abilities in the face of tragedy. Mimi Morris is lighthearted, humorous, and joyous at first glance, but don't be fooled by her pleasant personality. Nothing escapes her notice.

When Morris landed in the United States, she created her own business and married millionaire Don Morris, who has contributed to her net worth.

The reality TV star undoubtedly has a lavish lifestyle. She routinely shares stunning photographs of herself with Chanel, private jets, and a white Rolls Royce.

The reality star is frequently seen wearing the latest designer pieces, and her Instagram feed is constantly brimming with extravagant, colorful photos of her life. To be honest, it looks fantastic!

Mimi's net worth is believed to be around $200 million while Don has an estimated net worth of $800 million.

Mimi Morris and her husband, Don Morris, have a combined net worth of around $1 billion. Don Morris, Mimi's husband, graduated from the University of Southern California with an MBA in Finance in 1969 and began his career at Elmco, which ultimately became CEO of Morris Group International.

Even after the organization had reached immense success, Don never stopped giving his all to it. In recognition of his accomplishments, he was named Chief Executive Officer of Acorn Engineering Company in 2003. According to sources, Acorn excelled under Don's direction and rapidly expanded to include various product lines and divisions.

He finally rose through the ranks of the Acorn Engineering Company's management to oversee manufacturing. Don rose fast up the business ranks because of his talent and tenacity, eventually becoming President in 1985.

The company is divided into 28 divisions and partnerships that produce specific plumbing products. It brings in about $347.00 million in income.

According to insiders, the couple moved into a massive $8.8 million home in California's gated area of Strand at Headlands in 2018.

Despite their status as an affluent couple in Los Angeles, Mimi and Don have been involved in numerous charitable endeavors.

We may confidently estimate Mimi's husband's current net worth at around $800 million based on his assets and sources of income. Furthermore, with Don's business on the upswing and Mimi pursuing a reality TV career, that sum is certain to rise soon.

Mimi and her husband have amassed a sizable net worth as a result of their careers. Furthermore, the reality star owns branded automobiles with favorable insurance plans. Smart financial investments, huge property holdings, and lucrative endorsement deals have all contributed to the investor’s success. As a result, Mimi Morris lives a luxurious life.