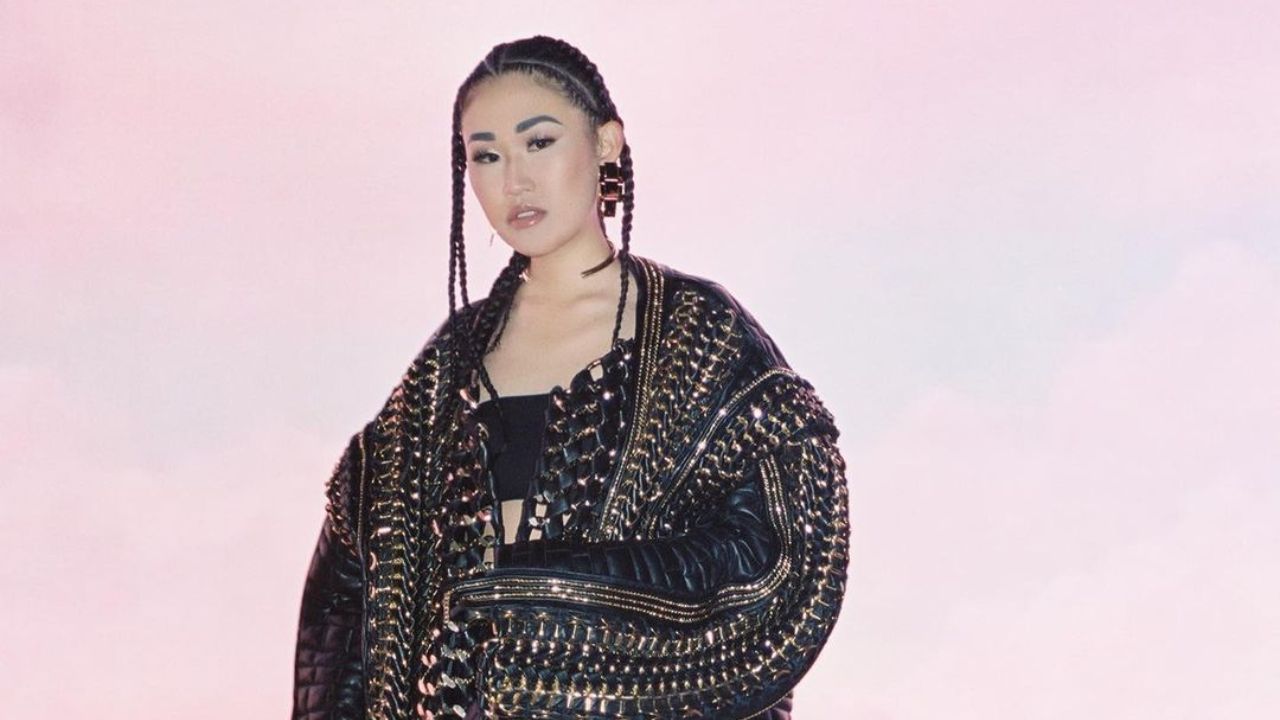 Jaime Xie from Netflix’s Bling Empire is the youngest cast member of the show whose net worth is estimated to be around $50 million. Some of her queries include period pool and house. Jaime’s father, Ken Xie, is a billionaire and she shares a beautiful bond with her mother. Similarly, she was born on November 9, 1997, and is 24 years old as of 2022. Jaime from Bling Empire is also very active on Instagram where she shares her luxury lifestyle. Go through the article to know more about Jamie Xie, her family, and her relationship with Anna Shay in Bling Empire Season 2.

Bling Empire, a Netflix original series, follows the high-profile social lives of numerous rich Asian-Americans in Los Angeles. We get to see each individual navigating a difficult social situation while coping with personal and professional concerns while cameras follow them around at all times.

Furthermore, because they are a close-knit group of friends, there is certain to be some drama and romance, which adds to the attractiveness of the show. Season 2 of the show featured an odd friendship between the show’s senior cast member, Anna Shay (ethnicity), and the show’s youngest star, Jaime Xie.

Despite the fact that Anna has been divorced four times and Jaime has yet to find a life partner, the two women developed a unique bond, much to the joy of viewers. Similarly, many viewers of the show are curious to know who Jaime Xie is and her performance in Season 1 of the Netflix show. Well, let’s find it out.

Jaime Xie appears in the hit reality show Bling Empire as the cool girl. She was born on November 9, 1997, and is 24 years old now. Her style is elegant, refined, and most importantly, expensive.

Her father, billionaire Ken Xie, is worth a fortune, as you may guess. Jaime admits to being a shopaholic. All of the cast members complimented her on her excellent style and fashion throughout the show, which is likely why she is pursuing an influencing/modeling career.

Jaime Xie stated she makes around $100,000 for a gig when Christine inquired how much she makes. Granted, it is insufficient for their lifestyles, but she is able to support herself while following her dreams. Jamie is frequently seen at fashion weeks in Milan, London, New York, and Paris as she tries to create a name for herself in the business.

According to Business Insider, Jaime made a bet with her mother that if she got into Parsons, her mother would purchase her a Birkin. She was accepted to Parsons and received the Birkin, but she chose to attend the Fashion Institute of Design and Merchandising in her hometown of Los Angeles.

Jaime probably wanted to stay near to her family because she grew up in Silicon Valley. She did not complete her degree, however, and left to pursue influence full-time. She now has over 571,000 followers on her Instagram (@jaimexie).

She said the pandemic had a minor impact on her because she was already coming home to chill, but she had no clue the cooling period would be so long. With a net worth of $50 million, she may soon surpass her father’s $4 billion fortune.

Jaime Xie’s blogging and influence have proven to be quite profitable ventures for her. Jaime is likely to be around for a long time because of her exposure to Bling Empire. People are taking notice of the 24-year-old’s accomplishments.

Anna Shay and Jaime Xie‘s connection became stronger as the two were frequently seen talking, dining together, and even shopping together. While Jaime appeared to be set on following in Anna’s footsteps, she also taught the heiress something about the present generation.

For example, in a heartwarming scene from season 2, we see Jaime accompanying Anna to a photoshoot and even helping her in learning the ins and outs of Instagram.

Anna mentioned on the show that Jaime Xie does not care for gossip like the others, which makes their friendship refreshing. Jaime, on the other hand, claimed that Anna is her LA mother since she makes her feel at ease.

Despite the fact that Anna and Jaime closed the season on a nice and friendly note, they haven’t spoken publicly about their friendship since the cameras stopped rolling on the stars. Furthermore, the two prefer privacy in their personal lives and do not engage in any social media interaction.

Nonetheless, there has been no hint of a rift between the two, making it appear that their friendship is still going strong. Still, with Anna now living a wonderful life surrounded by friends and Jaime Xie achieving even more success in her profession as an influencer, we hope they continue to be happy in the years ahead.