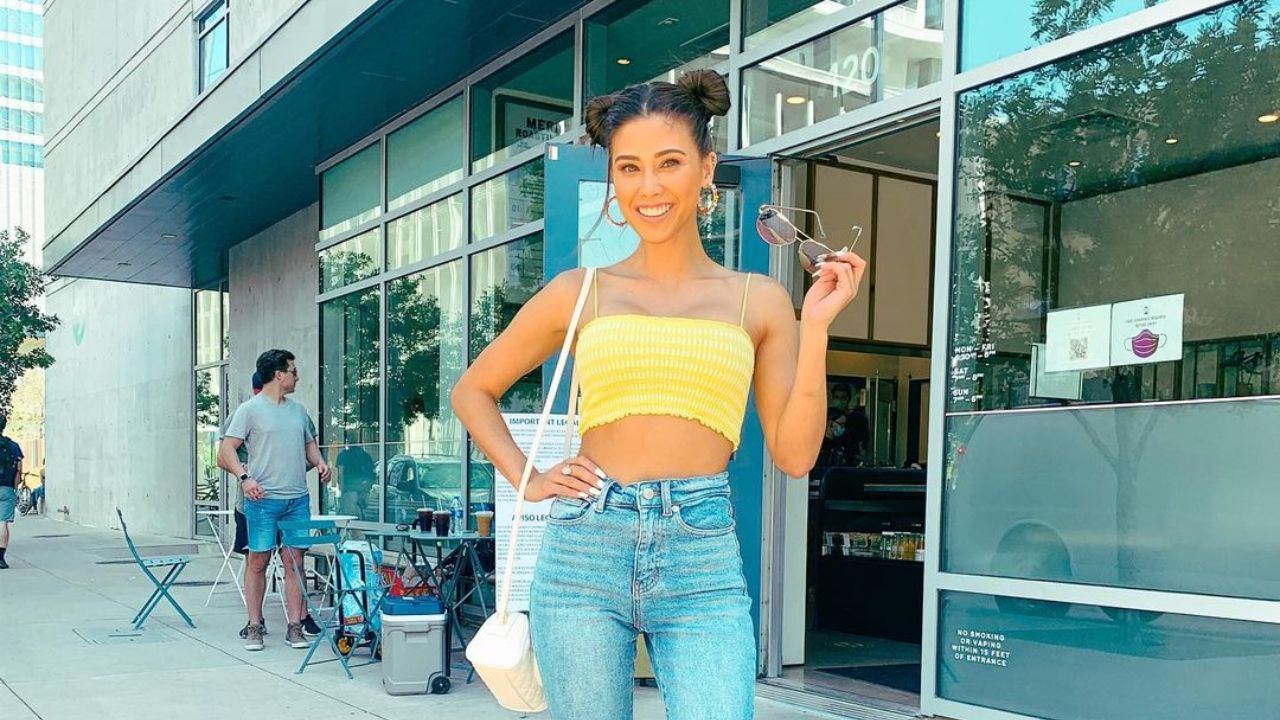 Everyone is concerned about their love life, trust issues, attachment issues, and how to keep their relationship on a long-term basis. Definitely, people explore many other people and go for their ideal type, however, later, they realize that their relationship is not going the way they wanted it to be. Therefore, a new Netflix production, The Ultimatum Marry or Move On helps those couples to find the actual thing behind their relationship.

Although The Ultimatum Marry or Move On helps the couples to come to a conclusion about their love life, it does keep their relationship at risk. It is because the cast members can pair up with any other person in the group, and if found compatible, they can ditch their initial partner, and form a new connection.

There were many people in the show but for now, let’s get to know about April Marie Melohn and her Instagram account.

Previously, we touched on IG accounts, where they are now, Lauren and Nate, and Jake and Rae.

On 4th March 2022, a new Netflix production, The Ultimatum Marry or Move On premiered with many couples. Normally, the reality show acts as the cupid for the cast members to find their ideal partner, however, in this particular reality show, the couples make their presence as the participants, and keep their relationships at risk.

In other words, the couples undergo a test to see their bonding and deduce if they are to get married or are to part ways.

April Marie Melohn, the 23-year-old American woman, is a cast member of The Ultimatum Marry or Move On. Schlepping herself as a cast member in this show, April succeeded in collecting many followers on her Instagram.

April was born in San Diego, California, however, she grew up in Florida, and then moved back to the West Coast to Los Angeles. Her destination became Austin, Texas in 2019 when April’s eyes were hunting for a modeling job, and maybe since then, she has been living in Texas.

On a personal front, April Marie Melohn belongs to the Filipino-American ethnicity, while she is yet to reveal her precise birthday.

Talking about her professional field, April (@itsaprilmarie) is into modeling and has appeared in magazines too. If we scroll over April’s Instagram account, we can see her modeling and sponsorship photos. She has collaborated with popular brands like Shein, Buddy Bodega, and Fashion Nova.

While it might not be a big deal for people regarding her collaboration with the eminent brands but for April Marie Melohn, it added a lot of lucrative and opened many doors of opportunities. Also, in 2014, April Marie won the title of 2014 Miss Floria Top Model.

In addition to all these, she is also a recruiter based in Austin, Texas, and is an all-rounder businesswoman. Calculating her net worth from all the sources, it has been estimated that April is worth around $5 million.

Is April Marie Melohn Dating Anyone?

“I just want a ring, and I want a baby with you, now”, April told her boyfriend, Jake Cunningham (@jakecunninggham). April and Jake had been dating for almost 2 years, and they brought their relationship and love life to the reality show and wanted to check their bonding strength.

While both of them had a very strong connection, they had no doubt about each other’s instincts. However, after the end of The Ultimatum Marry or Move On, April Marie Melohn has given too many hints indicating that she is single.

In the show, when April started dating men from the other couples, she told that she was looking for a “manly man” who is exciting, adventurous, loving, and at least six-feet tall.

“This b&&&h is financially stable, OK? I don’t need your wallet. I can take care of my own a&&.” April is financially independent and doesn’t need any man just for their money.

Before you leave, find out if April and Colby hooked up.