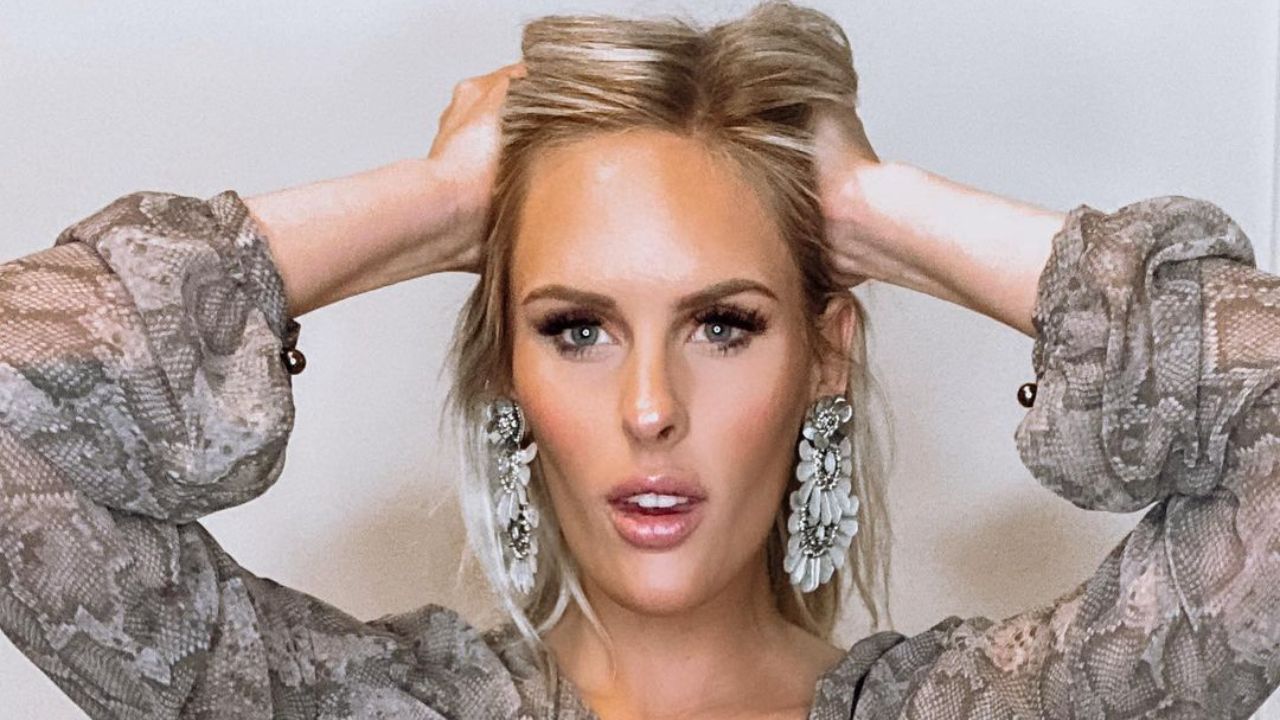 Alexis Maloney entered the popular reality show The Ultimatum Marry or Move On with her long-term partner, Hunter Parr. Alexis from The Ultimatum is the subject of plastic surgery on Reddit with some Netflix viewers claiming her to be transgender, going by her face. While it’s not confirmed if Alexis is trans, what is known is her job, which includes her role as an Instagram influencer. Alexis Maloney is currently 27 years of age and celebrates her birthday on 11th November.

The popular streaming media, Netflix released a new love reality show, The Ultimatum Marry or Move On. Mainly, the love reality shows are about forming connections in the show, however, The Ultimatum Marry or Move On is extra-ordinary. More than focusing on forming the connections, the show is concerned about breaking the bonds.

In other words, couples join the show, and while they are cast on The Ultimatum Marry or Move on, they are supposed to ditch their initial partners and swap with other people’s partners. At the end of the show, these people get to decide with whom they want to pair up, and eventually get married on the show.

Among all the cast members of The Ultimatum Marry or Move On, let’s get to know more about Alexis Maloney.

Previously, we touched on IG accounts, where they are now, April’s pregnancy, Jake and Rae, and Lauren and Nate.

Alexis Maloney from The Ultimatum Marry or Move On: Plastic Surgery & Transgender Rumors!

Netflix has been consistent with bringing new shows and series every now and then, and recently, on 4th March 2022, a new exclusive reality show, The Ultimatum Marry or Move On was released with couples as the cast members. Basically, these cast members joined the show along with their partners, and then, later, ditch them and swap up with other people’s partners.

The Instagram influencer, Alexis Maloney is a cast member of The Ultimatum Marry or Move On. Alexis runs an LTK Creator Shop, and she has revealed that financial independence is one of her priorities, and she thrives on financial success.

Her exact words were, “Finances are so important to solidify.” Since 2017, Alexis Maloney has been working at cloud technology, Oracle. Talking about her educational qualifications, Alexis attended Southern Methodist University and has a degree in Economics.

Summing up her total assets, and salary from all the sources, it has been estimated that Alexis is worth around $126,000. However, Alexis Maloney doesn’t make money from her job and office but even Instagram pays her well. She is quite active on social media platforms, and thus, has earned numerous fans and supporters.

Aged 27, Alexis (@alexiselainemaloney) celebrates her birthday on 11th November and is a Scorpio. However, there’s no information on her birthplace. During the shoot of The Ultimatum Marry or Move On, she resided in Austin, Texas but with the end of the show, Alexis moved to California. Although Maloney hasn’t divulged about her mother, she updates us on her father, Jim Maloney.

Recently, Alexis Maloney has been rising to prominence with her cast in Netflix’s popular show, The Ultimatum Marry or Move On. She joined the show along with her partner, Hunter Parr.

Hunter Parr and Alexis Maloney had been dating for two long years, and with the thought of bringing a change in their relationship, and deducing about their romance, they were seen in The Ultimatum Marry or Move On.

Meanwhile, Alexis from The Ultimatum is the subject of plastic surgery and transgender rumors on social media. Many fans claim there’s something weird about her face. However, there’s no official confirmation on whether she has ever gone under the knife or if she is trans at all.

The latest buzz on Reddit is about Alexis Maloney and her two-year-long relationship with Hunter Parr (@papa_parr). Their bond brought them into the popular Netflix show, The Ultimatum Marry or Move On.

To know more about their relationship, Alexis took the Ultimatum and was sort of attracted to Colby. However, Colby didn’t want to give any false hopes and eventually told that he had nothing to do with Alexis.

Alexis Maloney added, “I would fight for Hunter, and I don’t want anyone to have feelings for Hunter other than me. If I wanted him dating someone else, I would dump him. I gave him the ultimatum. I want to marry him, not see him date other people.”

Upon hearing Alexis’ words, Hunter also expressed his feelings, and on his knees, he told, “I love you for who you are, all the good and the bad, and I don’t wanna be with any other girl ‘cause I already know in my heart who I want to be with and it’s you.”