You Season 3 Blurry Edges on Netflix – What’s the Actual Reason? 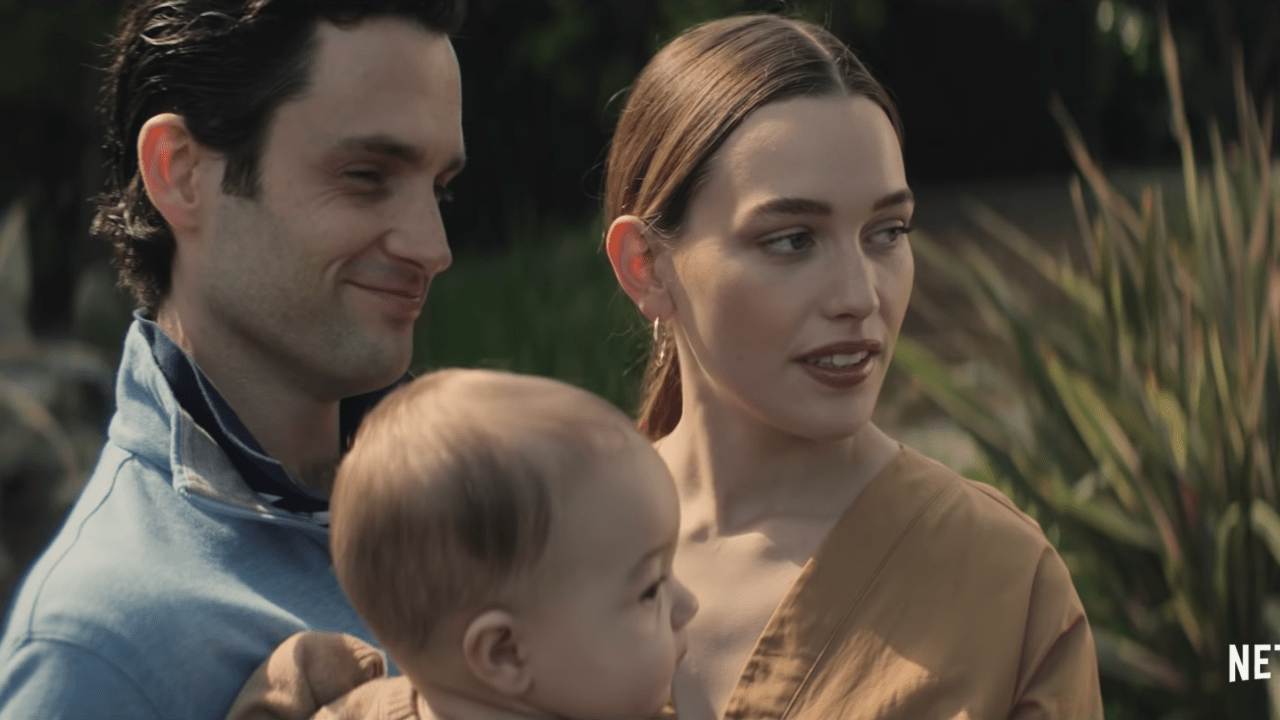 Many You viewers are annoyed by the apparent blurry edges during the broadcast of You Season 3 on Netflix. Find out the actual reason here.

You Season 3 recently dropped on Netflix and the Joe Goldberg Murder Show features a slew of antics in Joe and Love’s new neighborhood.

The glass box has returned, there is a killing in the first episode, and Joe and Love are at their most insane with plenty of twists and turns.

Meanwhile, many fans are wondering why there are visible blurry edges on their screens during the broadcast of the Netflix show. Is this intentional from the You creatives or is it some form of camera malfunction?

Blurry Edges are Annoying You Season 3 Viewers on Netflix

Many fans have noticed that You Season 3 has blurry edges on top and bottom of the screen. One Redditor, therefore, wondered if it was just them or many of the scenes genuinely did have a strange blurry/movement camera effect!

To be fair, it’s so random and with unpredictable scenes, there are times when some fans even wondered if their prescription for their glasses is functioning correctly.

One user claimed it’s the close-up shots that excessively blur everything. That’s something they’ve seen throughout the run of the program and it’s not limited to just Season 3.

This is actually true because Reddit was filled with complaints about blurry edges after Season 2 aired on Netflix in December 2019.

From a technical standpoint, when the range of focus is exceedingly small, anything as basic as a character leaning back a couple of inches can lead it to be out of focus.

A good camera operator, however, would be aware of this. So, it remains a mystery why they chose to do this.

Another fan made a similar complaint upon the release of You Season 3. They wrote,

Am I the only one that noticed that video was out of focus in many scenes? Like most episodes had quite a few scenes where the background was blurry. Was that on purpose? Did someone screw up?

Yeah. And it wasn’t even always a background blur. Random things in the foreground would be blurry while the rest of things at the same distance would be in focus.

it was visually strange, but does give off a strange fantasy/dreaming type of experience which feels right for the series

i’ve been wondering that too ever since season 2. it seems like it got blurry once Netflix picked the show up. i don’t know if it’s a stylistic effect, but i do know that i saw this in the Witcher too so i’m guessing it’s just the cameras they use

Well, the general consensus seems to be the blurry edges are down to just shoddy camera work, owing to incompetence. Well, we’re not buying that!

Fans Have Their Own Theories About the Blurry Edges on You

Needless to say, the blurry edges of You drove the majority of fans insane. But it was so common that many felt it had to represent something. One user wondered if it’s meant to imply that what we’re seeing is a figment of Joe’s imagination?

Or perhaps he’s reinvented events that really occur in a more romantic light? But they felt like it happened so frequently that it couldn’t just be terrible camera work.

Another fan responded how they thought the same thing initially, and they noticed some older posts on the same subreddit where other viewers stated it happens whenever Joe distorts the truth or sees things, etc., but honestly, it appears to happen virtually all of the time, no matter what. Even in visuals that are mainly banal and inconsequential.

There’s a period in the episode/time where the blurry edges are incredibly vivid along with a poor zoom/tracking effect. It even looked like a meme clip or one of those TikTok gimmicks, to the extent where it made them wonder how the episode got released like that.

One user seemed to defend the bokeh/tilt-shift cinematography, which according to them is obviously a creative choice, but they’re not sure if it’s meant to convey anything or simply look good.

The person, though, loved it and thought it added to the show’s uniqueness and atmosphere, but they can see the reason some people may be put off by it.