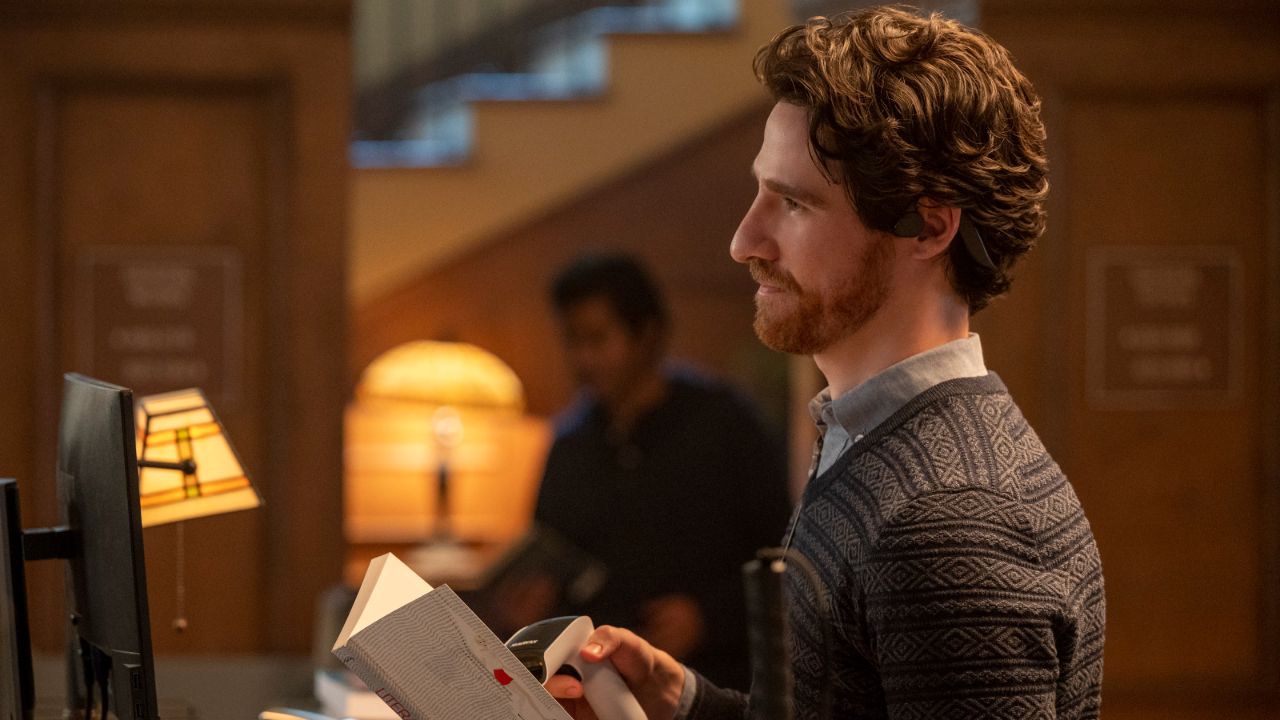 Fans wonder if Ben Mehl is really blind in real life after watching the actor on You Season 3 on Netflix. The new cast is known as the blind guy from You.

As we explore deeper into Joe Goldberg‘s (Penn Badgley) sick mind, Netflix‘s You seems to get crazier than ever. Joe and Love go to the picturesque California neighborhood of Madre Linda in Season 3, where they intend to raise their son Henry distant from the ghost of their homicidal past.

This article contains spoilers for the Netflix series, “You,” season 3.

Love and Joe, however, are powerless to stop the violence since it resides within them. Joe ultimately kills Love in self-defense and destroys down their house with fire, shattering the fairytale.

He abandons Henry with his blind coworker Dante and Lansing, his husband. Season 3 saw the introduction of several new characters, including Dante. Joe is unlikely to abandon his child permanently, so Dante will almost certainly feature in the upcoming season.

In You, emerging star Ben Mehl plays Dante brilliantly. Ben is not completely blind, but he suffers from visual impairment.

When he played Reefer Madness on stage, Ben Mehl recognized that something was amiss with his sight.

He told The University of Toronto Magazine,

It was like when a flash goes off and you have that dot in your vision. Except mine never went away.

Ben Mehl was afflicted with Stargardt’s disease, a degenerative disorder. There is no recognized therapy or cure for the rare condition, which causes a gradual decline of central vision.

Mehl began to reconsider his work as his eyesight deteriorated to the point that he couldn’t distinguish people or read normal-size writing.

Ben Mehl opened out to Authority Magazine about his reservations about choosing a career in acting.

How could I read my scripts? How would I see the expression in my scene partner’s face? After taking time to mourn the loss of my central vision and accept my new life, I decided I was not going to let this disease define me, and I would lean what it meant to be an actor with this disability.

Ben’s applications were accepted by both Juilliard and NYU’s Graduate Acting Program, and he picked NYU, where he graduated with a Master of Fine Arts.

Mehl adapted to his disability by the inventiveness and new tech: he stares slightly over somebody’s head and uses spatial awareness to see their face, and he always has a tablet to improve texts on performing scripts.

Ben Mehl would not have overcome the barrier provided by Stargardt’s disease if it hadn’t been for his cheerful attitude. He is uncertain whether he may lose all of his vision one day, but he is convinced that it will not interfere with his life or job.

I don’t know how it will progress, but I’m no longer fearful. I don’t have this ideas of the way my life is supposed to go, and that my disease is something that will prevent me from achieving that. I’m curious about the infinite spectrum of possibilities.

The actor reckons he would not have had the chance to excel in this profession if it hadn’t been for the efforts of many disabled artist advocates.

Ben and Dante both have vision impairments, but Dante is completely blind while Ben is partially blind. It was important to Ben Mehl that he captured Dante’s utter blindness as precisely as possible.

It became very important to me to represent that accurately.

Mehl trained with an orientation and mobility professional to use a white cane. He practiced both blindfolded and without a blindfold, and noticed that playing Dante allowed him to concentrate on his weak spots.

I normally strain to focus on what I can see in my peripheral vision, but playing Dante, for once I could just let my focus rest in the void in the center of my vision. It was an incredible kind of liberation for me to let go and simply let myself not see. At times I felt like I was preparing for what my future may hold for me.

Ben approached showrunner Sera Gamble, who modeled Dante’s character on her godfather, for advice on how to effectively portray Dante. He inquired about minor but critical matters such as eye positioning.

I didn’t want to be frozen or struck or over-emphasizing some kind of perceived notion of what blindness is in the eyes. Because it looks different [for] everybody.

Mehl spent hours observing how blind people entered and exited a residence designed specifically for them. He admired their ‘confidence and grace’ when moving and tried to emulate that assurance while playing Dante.

What became so important was not to portray somebody who is fumbling around trying to find things, but actually somebody who understands how to navigate the world without sight; someone who has lived that experience and can live with confidence and independence as Dante does.

Ben Mehl appreciates that Sera did not structure the plot around Dante’s blindness. He recognized that Dante’s blindness would be a significant plot component even before he viewed the scripts. Ben was surprised to discover that Sera introduced Dante since blind people do exist and deserve to be represented on film.

He [Dante] just happens to be blind, just like some of us happen to have blue eyes, so it’s really normalized. It’s not an extraordinary thing, which I think is actually extraordinary… He has his particular blind spots and other people have theirs, and we all navigate them as best we can.

Ben Mehl is hoping that his career would take off as a result of his appearance in You.