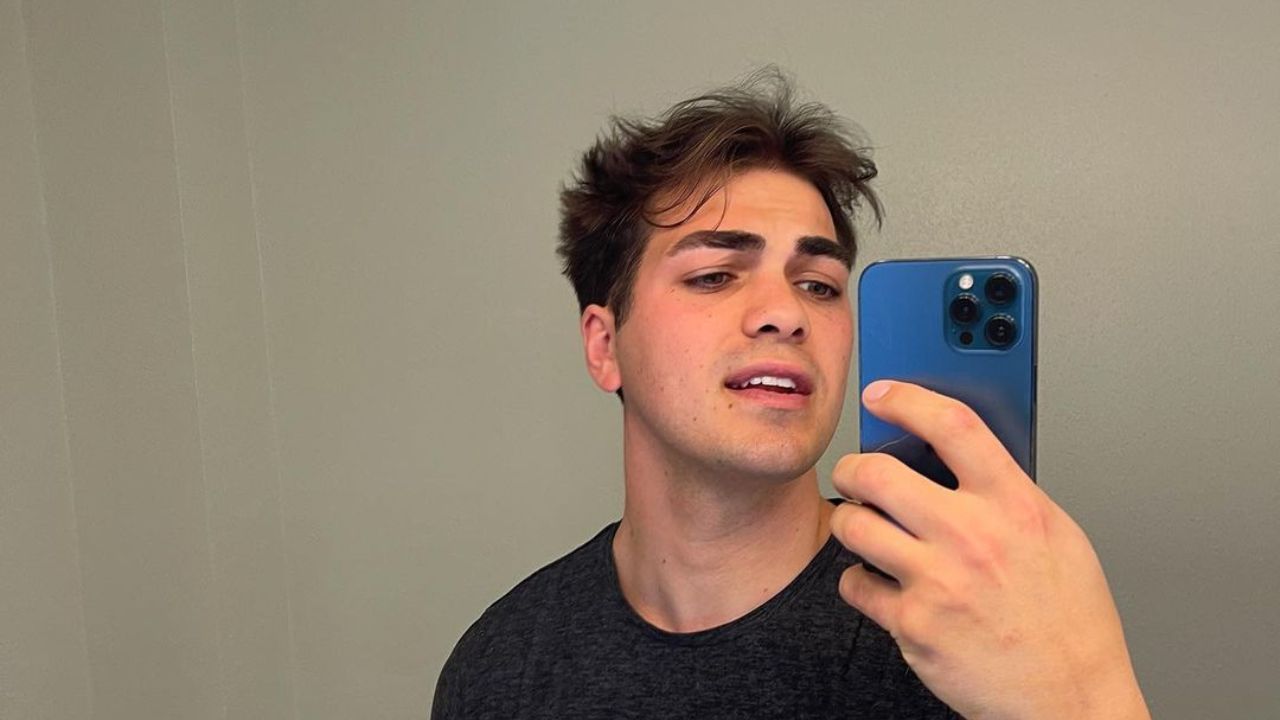 Thomas Petrou, the cast of Netflix’s Hype House, was previously dating his former girlfriend, Mia Hayward. From TikTok to Twitter, his relationship with Mia was ubiquitous since 2021, and even in 2022, people still talk about it. Let’s get to know about his ex-girlfriend, Mia Hayward from her age to her personal life.

Premiering on 7th January 2022, Netflix astounded everyone with the new American reality show, Hype House. From YouTube to Twitter, all the social media platforms are teeming with this show.

Getting habitual in seeing the influencers in their social media platforms, and now that Netflix’s extraordinary show, Hype House will outcast the real lives of these influencers, who wouldn’t get exhilarated to see how they are?

The show wouldn’t have been possible if it weren’t for Thomas Petrou as he is the co-founder of the Hype House. Not only does he somewhat owns the Hype House, but he himself is also casting on the show.

Seeing Petrou in the first episode has grounded him with his past love life. In the blink of an eye, Thomas and his ex-girlfriend ended their five years relationship, and still, a majority of people are stunned about it. Do you know Thomas Petrou’s ex-girlfriend and the reason behind their split?

Previously, we touched on Alex Warren’s weight gain, Charli and Chase‘s relationship, when the show was filmed, Nikita Dragun’s boyfriend, and the net worth of Chase Hudson and Alex Warren.

High school? Does anyone think about studies and degrees when they step into high school premises? Obviously, No. The only thing a person thinks when this word comes across their mind is LOVE.

From being his high school sweetheart to being his girlfriend, the eminent social media influencer, Mia Hayward definitely developed an attachment towards the Hype House cast, Thomas.

Having spent exactly five years together, Thomas and his girlfriend, Mia, slowly and steadily added an abundance of love and trust in upgrading their relationship. Who thought their high school love will go this far?

In February, Thomas Petrou posted a series of photos with Mia, and in one particular photo, Mia’s shiny beautiful ring was too visible, and a scandal of their engagement commenced hovering around. Did they actually get engaged?

While fans were investigating their relationship status, Thomas and Mia brought shocking news and astound everyone. People were too stunned to speak, not that they disclosed their wedding date but divulged of sinking their ship.

Yes, you heard it right. The pair ended their five years relationship just before Thomas Petrou went to the reality show, Hype House for the shoot at the end of 2019.

Although Thomas Petrou and his girlfriend didn’t speak much on their end of love life, they told that it was the right time to do so. Leaving everyone on a cliffhanger, their ship sank and brought perplexity to all of their fans.

Is Thomas Petrou Dating Anyone in 2022?

After the end of his relationship with his ex-girlfriend, Thomas Petrou hasn’t involved himself in any kind of relationship. Not that he officially spoke on this matter, but the assumptions cleared it out.

Even while stalking his Instagram account or any other social media platforms, none of the posts substantiate his present love. So, be relaxed, and if Thomas Petrou is your ideal type, you can hit him up. Who knows, the universe might be in your favor, so, maybe give a shot.

Jonah Hill’s Girlfriend/Wife in 2023: The You People Cast Is Dating Oliver Miller After Splitting With Sarah Brady! Read More

Profile
Jonah Hill’s Girlfriend/Wife in 2023: The You People Cast Is Dating Oliver Miller After Splitting With Sarah Brady!
Profile
You People: Are Jonah Hill’s Tattoos Real? Find Its Meaning!
Reality Check
Lockwood and Co. Season 2: Has the Netflix Show Been Renewed? Based on the Book Series, Is the Show Finished?
Reality Check
Lockwood and Co. Age Rating & Parents Guide: Who Are Appropriate to Watch the Netflix Show?
Profile
Actor Cameron Chapman’s Wikipedia: Age & Instagram of the Lockwood & Co. Cast!