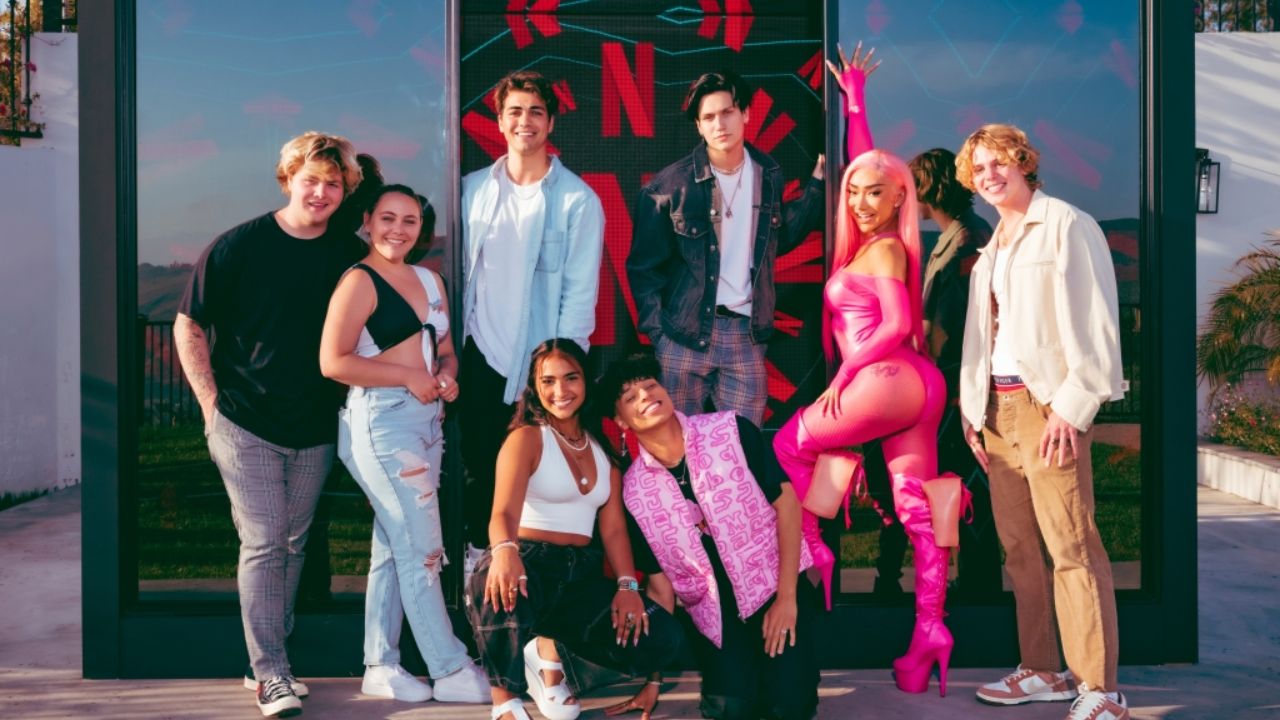 The intense exhilaration and curiosity regarding this American reality show is praise-worthy. Unlike other shows, this time, Netflix dropped a pre-eminent reality show that will depict and follow the lives of nine social media influencers.

Schlepping the different platforms, the social media influencers are definitely adding flavors to our tedious lives, therefore, getting to see their lives will quintessentially bring extreme titillation.

As confirmed by the officials, Hype House will have nine casts members. Undoubtedly, none of these casts are new faces rather, we have been seeing them on Instagram to TikTok. So, are you excited to meet the influencers who are casting on this Netflix production?

Previously, we touched on Thomas Petrou’s girlfriend, when the show was filmed, Nikita Dragun’s boyfriend, Charli and Chase‘s relationship, and the net worth of Chase Hudson, Thomas Petrou, and Alex Warren.

Based in Los Angeles, California, the Netflix production, Hype House will be teeming with nine eminent personalities. From famous Youtubers to  TikTok Stars, the house will get filled with thrill and enjoyment, including drama and arguments as well.

Social media is not a mirror, rather it is an illusion. You see what you are shown, and what you want to see. Expunging the insecurities, the so-called perfect shots are depicted on these platforms.

These social media influencers’ personal lives are different from what they depict on the internet. So, watching a show that will illustrate every moment of their lives, is something out of the box.

Following the e-boy look, his fashion sense is admirable and kills every other look. In addition, Billboard has tagged him as one of the top music influencers on Tiktok. Hudson is not only famous on TikTok but has numerous fans on his Instagram account too.

No doubt, he received fame from his deeds, conversely, we cannot eschew the fact that Hudson commenced burgeoning more fans and supporters when it was disclosed that he was dating the famous TikTok star, Charlie D’Amelio.

Although his love life with Charlie lasted from February 2020 to April 2020, in these months, Chase lucidly came to the spotlight.

While Chase has been living the ideal life, having a hefty net worth to immense fame, Hudson confronted a plethora of struggles in his childhood years. His fellow classmates bullied him for his personality and looks, compelling him to transfer to online schooling.

Walking a long path filled with downs, Hudson has come this far, and now that he will be casting on Hype House, he will definitely add more to his professional life and the show. So, are you excited to see what Chase will bring to Hype House?

Casting on Hype House, the eminent personality, Nikita Dragun will obviously add more flavors to the show. Not only will she up-train her Instagram followers but she will also be a source of inspiration to all the trans people out there.

Dragun was born on 31st January 1996 in Belgium and during her teenage years, she came out as a transwoman. Overcoming the long journey in adjusting to society’s tantrums to getting her body surgery, Nikita has worked extremely hard to reach the position where she is at today.

Myriads of people are struggling with their sexuality and are frightened to come out of the closet, hence, Nikita is the epitome of doing what you love, no matter what society confines on you.

Officially starting her Youtube journey in 2013, Nikita has dedicated her life towards it, and now, she has millions of subscribers. Her contents are directly linked to make-ups, and thus, Dragun is a make-up artist.

Apart from this, she is a social media influencer and model, having numerous fans on her Instagram account. Updating on her recent life event, the Hype House cast, Nikita began her make-up line, Dragon beauty, which is vegan and cruelty-free.

We are inveterate in seeing Nikita on screen that she shows to us, but in Hype House, we will get to know her exact moves. Will Nikita end up developing closure to other casts or will she be involved in a drama?

The eminent American social media influencer and entrepreneur, Thomas Petrou is one of the casts in Netflix’s Hype House. It might be astounding to know that Petrou is not only casting on the show, but he is the founder of this American reality show.

If it weren’t for Thomas, Netflix wouldn’t be coming up with the show, and the spectators should be thankful towards him.

Talking about his professional life, Thomas began his Youtube journey in 2015, and since then, he has been making money out of it. In addition, he is active on Instagram too.

Posting vlogs on skateboarding stunts, Alex Warren has earned tremendous subscribers on his Youtube channel. Many people get inspired by his videos and are commencing their skateboard journey.

While we have been seeing Warren on his Youtube channel with his skateboard, skating perfectly fine, it is more than exciting to know if Alex comes up with the best stunts or has bloopers as well.

The Hype House cast, Alex was born on 18th September 2000 and is an orphan. Just at the age of nine, Alex lost his dad to cancer, and recently, in 2021, his mother passed away.

With these heart-wrenching events, it must have been hard for Alex to cope with the usual schedule, however, he is thriving his best to live a normal life. Luckily, his girlfriend, Kouvr Annon is very supportive of him and has been giving her shoulders to lean on.

Amazingly, Alex and his girlfriend, Kouvr have been together since 2018, and now that, Hype House is about to get released, surprisingly, both of them are casting on the show. Their love life will surely catch everyone’s heed while they are in the show.

Posting hilarious content, Larray has been gaining many fans and followers on his Instagram. Myriads of people love his sense of humor, and bringing laughter in everyone’s lives, his youtube videos are appreciated by the majority of people.

Moreover, the Youtuber was nominated in the Breakout Creator category at the 9th Streamy Awards in December 2019, and this acted as a positive catalyst in giving more exposure to him.

As it has been confirmed that Merritt will be casting on Hype House, undoubtedly, Larry’s humor will fill the house will extreme laughter.

Who doesn’t know the eminent Tiktoker Vinnie Hacker? The star whose videos are spammed with thirsty comments. Yes, you heard it right.

The women in Tiktok are crazy for Hacker’s attention as they are blind with his hot and charming body. Moreover, the tattoos on his arms and chest have enhanced his physical appearance, attracting more female followers onto his Tiktok account as well as Instagram.

Hacker’s cast in the American reality show, Hype House will bring more viewers to the show as his Tiktok followers wouldn’t risk seeing how he is in the reality. Are you one of the Hacker’s craziest simps?

The youngest cast of Hype House, Jack Wright was born on 29th March 2003 in Temecula, California, United States. Studying at Oakland high school, Jack recently completed his high school, and just at a very young age, Wright has been earning fame and tremendous followers on his Instagram account.

His cast on Hype House will be worth watching as his ex-girlfriend, Sienna Mae Gomez will live at the house too. Do you think Jack and Sienna will bet along in the show or will be the root one espousing arguments?

Despite being optimistic, people have been tagging her fake and down famed her when it was rumored that she sexually assaulted her ex-boyfriend, Jack Wright.

Subsequently, Gomez denied the accusations, and yet, the official thing is hidden. As she will be casting on Hype House, along with her ex-boyfriend, will this create a problem, or will the pair sort out their problem?

Born on 31st May 2000, the well-known Tiktok star and social media influencer, Kouvr Annon has numerous fans on Instagram.

Being a fitness guru, model, social media influencer, Annon wasn’t blessed with this perfect life rather, she took every stern initiative of making her life perfect.

Her love life with Alex Warren played an important role in her life and thus, all the fans are curious to see both Kouvr and Alex cast on Hype House. Are you excited to see them on the show?